No-one around here, apart from passers-by, is in any doubt about what is inside the Tavern. The drop-in visitors quickly get the idea that while there are some quite heated discussions going on there is a general 'thrust'. That is toward the Sanctity of You. As a 'Person'. A SOUL.

Hence there are times when some atrocity gets people talking and having to drink from the Cup of Kindness just to cool them down.

But a good draught of Righteous Anger is sometimes just the ticket, especially when Philosophers come along and try to tie folk up in word-knots.

We had one drop in today. A 'sound' fellow though, is Cid, and he had some excellent, clear philosophising to do around the awful subject of Abortion.

He is standing now so I will hand over to him for a few minutes. Catch some guitar too.

Cid frames his argument around 'Rights' and looks at the Power that States impose through 'Laws'.
Aristotle made a strong distinction between Man-made law, which was peculiar to a State that made it and derives its validity simply from its adoption by that State: and Natural Law, which was and always is Universally valid.
One could say that one was right
because it was the law,
the other was Law
because it was Right.
We were also Graced with a speech from Ireland (via Mercatornet), by a courageous young woman who has scaled the legislative heights in her country. But perhaps not for long when you read what she has to say.
A youthful and popular minister in the Fine Gael government, Minister of State for European Affairs Lucinda Creighton, opposes the legalisation of abortion.
If she votes against her party’s bill she could be expelled from the Government. This is her extraordinarily powerful speech to the Dáil, Ireland’s parliament on July 1
Here is part:

I have never regarded myself as a pro-life campaigner. I was not motivated to become active in politics because of the abortion issue. In fact I have spoken previously about the fact that I held a very different view on this matter when I was a student.

However, after much reflection, my views have evolved over the years; as I learned more about the topic, as I came in contact with friends and family affected by abortion, and as I matured and developed my own independent analysis of this most sensitive topic.

Crucially for me I stepped outside the “groupthink” which I genuinely believe dominates this debate in Ireland. It seems that if you do not succumb to the accepted view that abortion is a “liberal issue”, a “women’s rights issue”, a cornerstone of the “progressive agenda”, then you are deemed to be a backward, illiberal, Neanderthal fundamentalist who belongs to a different era.

The distinct irony of this prevailing view, is that it is so illiberal in its intolerance of any alternative outlook.

Of course I respect the right of people to campaign for liberal access to abortion. Maybe they do not consider abortion to be the intentional ending of human life, and so they simply see it as a medical procedure, which can simply be regarded as a clear-cut choice. I can appreciate this way of thinking because I used to think that way myself.

Carried along with the accepted supposedly “progressive” view on abortion, I never considered the other life involved. Of course, because of the huge stress and trauma that surrounds abortion, we know that this medical procedure analogy is a sterile, yet dangerous, inaccuracy.

I think that the vast majority of us know and appreciate that an unborn baby, is just that, 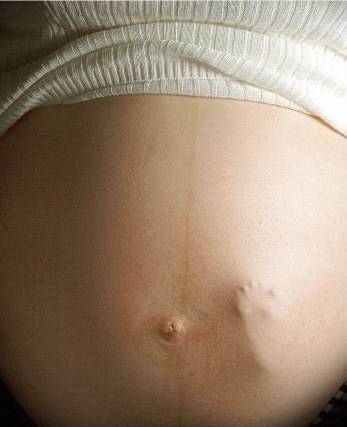 If such a baby is born prematurely, we do not simply shrug our shoulders and say this baby has not come to full term, it is merely a foetus, we will not treat it. Of course not.

We will do everything possible within the bounds of medical science to save that baby’s life. We know that baby cannot live independently outside the womb, but that is not a cause to give up on it.

This is human life after all. We must save it.

Some say this is a women’s issue, that its all about women’s rights. Therefore if you are “pro life”, you are somehow “anti woman”.


All around what used to be called 'Christendom' a huge and evil attack is being made on the very basis of our Humanity.

It will take more than this old Knight, the vigorous and young people, Cid and Lucinda, and a few people writing letters to Parliament to turn back this Black Tide.

It will need YOU.

So drink deep of Courage and Integrity and join the fight.