The Church Of England is in a right old pickle. Maybe they have forgotten the Money Lenders in the Temple bizzo and what Jesus had to say about that. Few words it is true but plenty of action with the knotted rope. And overturned tables, if I recall. 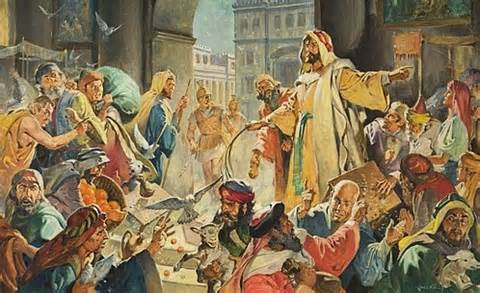 But the Archbishop of the C of E while up in arms about money-lenders, has a different plan. 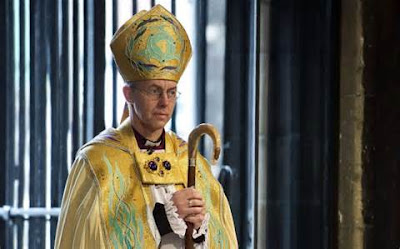 But Theology apart even wedding homosexuals together is going to be less of a bother than wedding worship and business. It isn't quite as easy as he might think.

His plans for a Righteous Money-shop are rapidly coming unstuck.

CHURCH of England leader Justin Welby is "furious" after finding out its pension fund invested in a high-interest loans company he had earlier promised to destroy.

Welby, who as Archbishop of Canterbury is spiritual leader of the world's 85 million Anglicans, vowed to "compete" payday lender Wonga out of existence by promoting not-for-profit credit unions.

But the Financial Times revealed that the church had invested in US venture capitalists Accel Partners, who led Wonga fundraising in 2009.

Lambeth Palace, the archbishop's headquarters, said an independent inquiry would probe how "this serious inconsistency" occurred, while Sky News reported that Welby was "furious".

He said in an interview published late on Wednesday that he had told Errol Damelin, chief executive of the British payday lender Wonga, of his plans to take on his company. 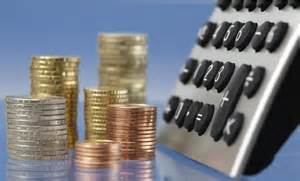 "I've met the head of Wonga and we had a very good conversation," the archbishop, a former oil executive, told Total Politics magazine.


But the Landlady of the Raccoon Arms in the village below the Tavern had far more to say. Anna Raccoon, my valued competitor, dropped in with a song on her lips. A Carol:


Jesus drove the Moneylenders from the Temple. The Archbishop of Canterbury has decided to set up shop in opposition to them. All hail the modern Church of England!

Welby.com pay day loan company extraordinaire is born. Archbishop Justin Welby has decided that the church is to go into the money lending business.

It's a stroke of genius.

The Church has been scrapping around for coppers from a depleted audience on a Sunday morning recently, gazing with a decidedly ungodly avarice at Wonga.Com's vast income which allows it to advertise for new customers on prime time television - and Welby wants some of it.....

How to do that? Undercut them of course.

'Religion-is-Us' will lend the poor and huddled masses cheap pay day loans at reduced rates. Now that's a great idea - in theory. But there is a reason why Wonga.com charge the rates they do -

- so Wonga have to charge everybody a lot of money to cover the unpaid debts, now that they aren't allowed to chop your legs off any longer.


'Religion-is-Us' has some excellent PR going for it - I mean the Queen herself as chief executive, lets see Wonga.com match that!

So, your CEOs granddaughter just dropped a sprog Wonga - who cares? Think you're going to get Kay Burley camped outside for two days - think on!

'Religion-is-Us' won't have to pay lobbyists to ensure that the government doesn't pass any inconvenient legislation curbing its money lending activities - after all they've got a row of senior executives aka Bishops sitting in the House of Lords.

But what are you going to do about the bad debts Welby?


I know you've got a few trendy vicars who ride motorbikes and wear leather jackets - but you don't really think they are going to scare Jason and Karl into coughing up do you? How does the Devil pay for souls these days? Would he cover the debts?

I wonder if he is thinking of Pubs next?