Not many youngsters stand at the bar yarning about life.  They are in school, learning at the knees of 'Teachers'. That's during the day, of course when the late-morning and lunchtime crowd in the Tavern are taking the air and sunshine on the vast patios and lawns and restaurant.

A pleasant parent will ask their child, "What did you learn in school, today, darling?". They might be horrified at the response.

Few 'smallies' come in during the evening either. Far too many are in their bedrooms with Facebook, that 'personal detail' quagmire that sucks down souls faster than a fall off a cliff. Others are elsewhere 'clubbing'.

Some of the oldies here recall when clubbing was a Caveman pursuit. Not much has changed except that now it is the young girls who club young blokes. 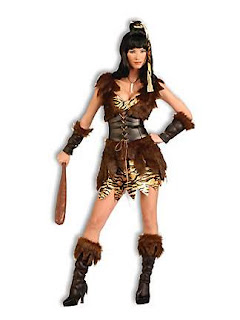 The schools are a vast holding pen of children, overseen by the 'nurturing' part of society.  Women. Bless them. The 'empathetics' and the 'communicators' who have naturally superior verbal skills. Writing skills too, which they impart to some.

Men, of course, feature less and less in school life. It is considered a less 'safe' workplace than a fishing trawler on the high seas. Many children can go through their entire schooling years without ever having a man teach them anything.

But we did catch a conversation by a young girl, not yet even a teen, talking about the modern young girls - and boys, and frankly we were horrified.

"Why are we girls competing to be the Queen of Pouts? Why do we scour through photos of celebrities and all our ambitious friends to find out who is the new princess of prurient poses? Even demure girls are tempted to strike sexually suggestive poses. But they must be careful, not because parents are looking but because they might not score any ''likes'' and might then feel a failure, unworthy among their peers.

How confident can you appear at being lascivious? How credible is your air of lewdness? A girl who is just a try-hard will lose credibility and become an outcast. So a lot depends on how much support you can get from other girls."


They learn some long words, that's for sure.

"Girls zealously scroll down their Instagram or Facebook feeds. In Instagram, they might cleverly hashtag the most popular tags, such as #me, #selfie, #instacute to get an influx of ''likes'' while they are on the most-recently tagged photos, then delete all the tags as though nothing's happened." 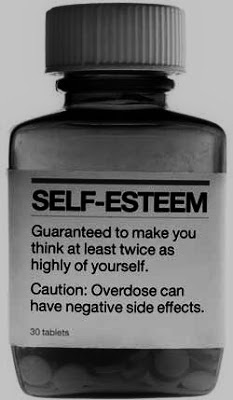 "They're manipulating their image into popularity. Girls spray their ''likes''. They comment: ''Wow, you're a model''; ''Oh my god you babe''; ''F--k you're hot''; ''You're perfect''; ''Best body''. Occasionally it's genuine and supportive but it can also be very calculating. Girls fake flattery to get higher on the food chain.

In my mind a comment such as, ''Oh my god, you're so beautiful!'' really means: she has to ''like'' and comment on my photo! Then behind her back: ''What the f---! She is such a slut … I heard she hooked up with heaps of guys and got really drunk at a party and in every photo she poses with her tits out and a push-up bra.''

This is today's little girl as given space in our newspapers.

Seeing some of these images can feel too intimate. It's almost as though we're peering through a window. Some photos may be of girls showing skin, or girls lying on a bed".

"Just about all are seeking

some sort of approval

"The aim is not to communicate joy but to score a position."


Think back to what I said above. Communications skills. This girl really writes. She has been taught to write, and observe, by women teachers.

And what has she been taught, by her nurturing female teachers, apart from focussing her attention on the dark side? Well, what else would they likely teach little girls? What are those little girls going to repeat, ad nauseam?

"It's a neurotic impulse, not a happy one.

I'm anxious that girls are higher up on the ladder than I am:

boys are looking at her, not me.

I have to look like her to be worthy of boys' attention.

Boys' tastes are not always sophisticated.

The aesthetic yardstick is what they see in pornography.

So girls have to conform to what boys see in pornography.

Yep, she is taught from this early age that it is all the fault of boys of 11.


How do you think the boys of 11
are feeling right now?

Gone now are the tentative ideas earlier in the piece that girls vie between themselves to outdo one another on the 'lewd' scale and 'lasciviousness' rankings (what fun they must have in their Womyn's Math classes), or any sense that this is a 'girl-on-girl' thing; this 'likes' from peers.


"Who do we blame for this moral mess? As feminists, we correctly blame patriarchy (tm) because boys are securely at the top of the status game. Boys end up with the authority. They have their cake and eat it."

Of course.
Its the 'Patriarchy'.
11 year old boys have all the authority.
All the status.
Already.

And this little vocal Princess is a Feminist , Already. At ELEVEN.

That is what she learned at 'Progressive' school today daddy. 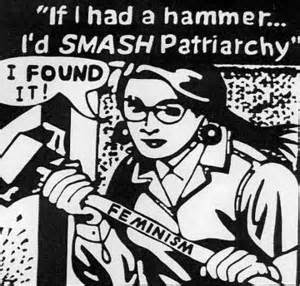 CLUB THE BOYS
She continues and really becomes the female teacher's pet.﻿

"From the moral high ground, they can damn a girl for visual promiscuity, yet enjoy the spectacle at the same time, both with the same misogynistic motives: I like your form but I'm able to scorn you. You're what I want but you're less than me. Girls try to conform to this ''ideal'' stereotype in their photos and these boys sarcastically comment, ''Nice personality'' - really implying that the cleavage is their only attribute. Yet they also click the ''like'' button. The boy who mocks a girl showing her cleavage is in fact the same boy who craves sexual opportunities with her."


By crikey these feminists have grasped with both hands the opportunity to poison out children. I wonder when they get to teach the difference between 'imply' and 'infer'?

It will take an entire generation of Vintners to cure the hangover. Women like my friend Mala from the vineyard down the hill or the Southern Belle from the Bayou. And many, many decent men. 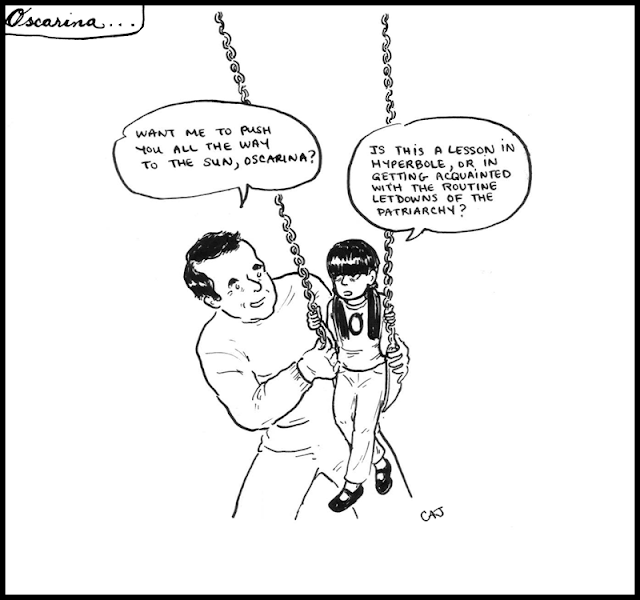 And we need decent MEN in our Schools.
Fathers do not often get to say much these days.  Here is a famous Dad, just to show how to deal with Facebook and precocious children.  Enjoy.
﻿


The Female Domination of schooling by Progressives and Feminists
has got to stop.

Now, I don't know about you but I need a drink.

I have a barrel waiting for that Dad too.


Addendum:
For those little girls and boys that survive school agitprop, University awaits. 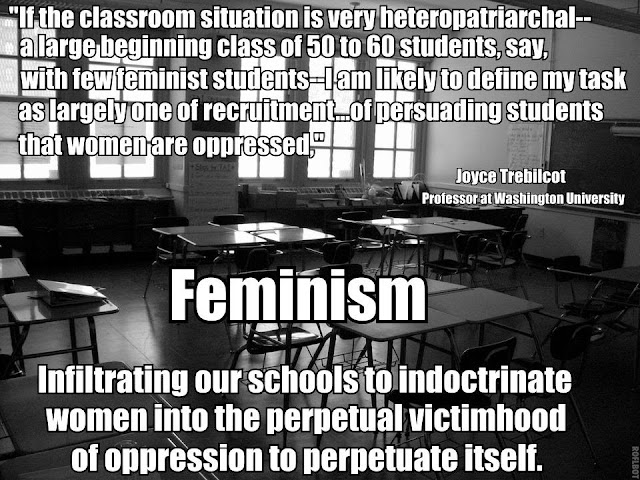