This is not the only Tavern in the region. The Daily Reckoning, down in the Valley of Darkness shines a small lamp to attract weary travellers loaded down with bags of Gold. They attract a different crowd but occasionally one or two climb the mountain-side for a stiff drink here. 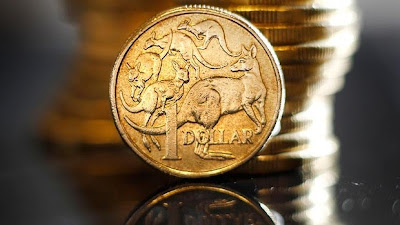 Dan Denning, The tavern-Keeper there popped in and took a draught of our House-Brew and spoke to all about the dangers of financial alcoholism.  We generally like young Dan and we liked what he said today.

People in the Spirit Bar and the OZ and US rooms gathered around.

"Exactly how much of the future is foreseeable? Exactly none, at least when it comes to human events. But then, maybe predicting the future is as easy as looking at the past (or Remembering the Future, as Phil Anderson puts it).

Translation: it’s all been done before and will be done again. There have always been Ben Bernankes in the world. And there will always be people who believe the universe owes them something, or that ...

you can get something for nothing. 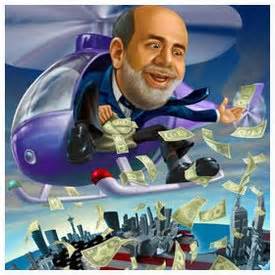 In a just universe, these people would get what they deserve. In an indifferent universe, what you get is random.

Today, what you’re getting is all-time highs on the S&P 500 and the Dow Jones Industrials. Markets rallied after Fed Chairman Bernanke told a conference,

‘You can only conclude that highly accommodative monetary policy for the foreseeable future is what's needed in the U.S. economy.’

The bar is open. Drink up.

That is what Bernanke tells us.  But his bar is a poison well.


We’ll leave the policy debate to the wonks. A more useful way to analyse this news is to study the long-term effects of addiction on the biochemistry of the human brain. This has become a quite personal topic to us for various reasons. We were told recently that more Americans die from overdoses of prescription narcotics than die in car accidents. 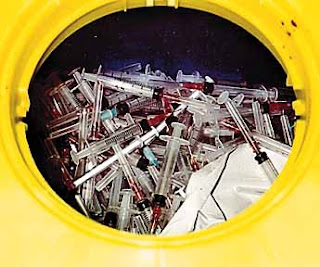 Bear with us a moment and we’ll show you why it’s a useful analogy to the Fed’s situation, rather than a trite and careless one.

--When you develop an addiction to opiates (morphine, heroin, oxycontin) you ....

guarantee yourself a lot of pain

...if you can stop. Opiates are agonists, which means they activate or perform the same action as a normal bodily function or process. In the case of opiates, they activate the receptors in the brain that suppress pain and produce sensations of relaxation and euphoria.

We call naturally occurring opiates endorphins. You can produce them by eating a hot chili, or running, or having a horizontal ending to a fabulous night out with your significant other. Use of opiates also leads to increased dopamine production. Dopamine is the brain’s way of telling you to do something again because it feels so good.

What opiates do, then, is increase the function of an existing neurochemical system.

Alas, there is such a thing as too much of a good thing.

And there are those down there in the Valley of Darkness who will try to convince you that bad things are good too.  Yea, when you walk through that Valley, look for a real lamp and not the burning torches lighting a stack of wood to roast YOU on.


Addiction to opiates increases the sensitivity of pain receptors in the body. You either have to flood the brain with more of them, or experience what the Klingon’s call ‘bij,’ a form of punishment for bad behaviour.

But calling in punishment doesn’t do justice to the pain and trauma of having altered the way your brain works. Stopping your use of opiates means enduring the howls of pain as your hyper-sensitive brain cries out for more drugs. This is why the relapse rate is so high for addicts. It’s less painful to get high than it is to get straight.

Now, it is not hard to see how all this applies to the market. Bernanke can’t get straight (sound money). Every time he tries to make the market off EZ credit, the pain in the system is expressed as higher interest rates and falling stock prices. The brain (investors) howls for more. And yesterday it got what it wanted.

What you have, then, is a financial culture addicted to pleasure ..

...and hyper sensitive to pain. It becomes increasingly ....

The market is high, literally. And the only way to keep it from coming down is to give it more.

That’s the nature of the rally you’re investing in right now. And that’s why we’ve casually called Bernanke a drug dealer in the past. He’s not just altering the internal wiring of the market. He’s incentivising people to seek out risky behaviour to their own detriment.


Dan concluded with the point. It is one we make here so often.

There is a Moral aspect to this

that’s comparable to the way drug dealers profit from the

destruction  of a Human Soul."

Even the money-savvy men in the Valley speak in Parables. And it does us all well to listen.