It is the Big Day in America. July 4th. Celebrations are held all over the Fifty States (not the 57 that ex-President Obama, in his great leadership knowledge, thought), although I hazard that far too many of America's people have only a tenuous grasp of what the day is about. Ostensibly it is about the birth of America as a Nation in its own right. 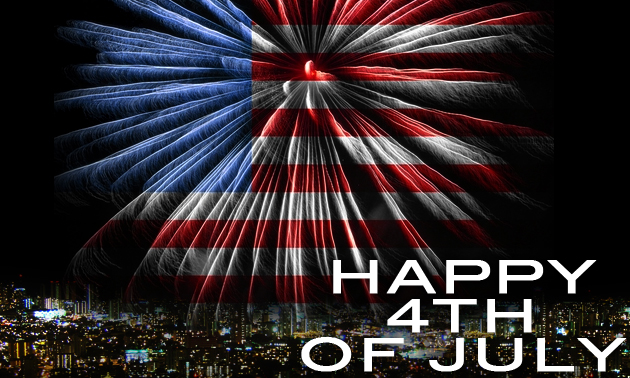 It is however of some hope and celebration that many Americans retain not only a sense of the greatness of the country but a love of it and a reverence that goes with it. 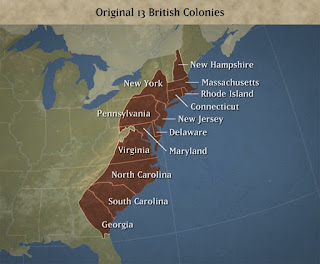 Again, I would hazard that of those, the majority are God-Loving people of various  christian denominations, and of course the fine military folk that have projected their Aegis over many other places that needed it.

They cling to the traditions like birds on a cliff face, blown by fierce winds.


Those fierce winds are largely due to the woeful education system and in part to the virulence of the partisan politics.

As an Englishman I welcome my American cousins, once the Sons of Mother England into the Anglosphere, but I am sad for many of them. Thankfully there are many good, intelligent folk there who are similarly sad that many of their fellow countrymen let the side down. 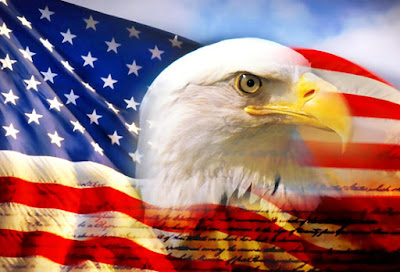 It has a ring to it. 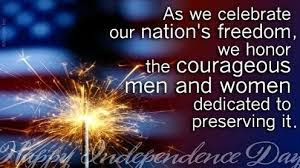 But sadness and disappointment let us put aside, and raise your tankards, glasses, pots and even a long and tricky one to drink to the health and sound future of .....

The United States of America.


Robert Royal dropped by to salute from the Slovak Republic that it’s right to feel gratitude for America, as towards family and friends, imperfect all, who yet have been our benefactors.

When times are unusually troubled, when both Church and State seem to generate rather than solve problems, when human things make even less sense than usual (which is never very much anyway), the first duty of a Catholic or any responsible person is not to lose his head. Or to lose heart. Because goodness still lives, always, deeper down, and needs our wiser commitment, especially at those times we may be tempted to doubt it.


Today we commemorate one of the great human things of modern times – the date 241 years ago that America formally declared independence. One of the strange marks of the current moment is that we seem to confuse patriotism, which is one of the natural human sentiments, a form of gratitude really for what we have received through our nation (what Edmund Burke called “the unbought grace of life”), with the kind of ugly nationalism that has led to world wars and much human sorrow.

Loss of a proper patriotism, I believe, is part of a broader, more worrisome shift. When things are relatively normal, people’s loyalties center on family, country, church. We are not in anything like normality, in several Western countries. Instead, “race, class, and gender” have emerged among our elites throughout the West, as the most important constituents of identity and – bizarrely – things to champion.

Yet for all that – and the many further troubles likely to be visited upon us quite soon – today is one to celebrate.


You don’t have to be a naive booster of America to realize what blessings, for all its imperfections, the United States has brought to its citizens, and often enough to the world.


Or to think that we need to find a way to confirm those blessings while confronting unpleasant truths about what we’ve become.

May God watch over the land and the People.

Email ThisBlogThis!Share to TwitterShare to FacebookShare to Pinterest
Labels: US Room