The Duty to Break Bad Laws.

I put my towel down today but did not 'throw it in'. On the contrary. I deliberately broke the Law.

I have mentioned several times before that Tasmania, the small, quiet Island where the Tavern is located, has introduced a vicious Law that not only enables the killing of babies but will jail anyone who speaks out against it.

It completely ignores the Declaration of Human Rights which specifically calls upon legislators to protect the unborn.


It is anti-Freedom of Speech.

The new Abortion Act here allows magistrates to fine a person $9750 and or Jail them for a year for daring to voice their sadness, objection, warnings and even prayers against abortion.

St Augustine was the first to make it very clear that breaking an immoral law is a DUTY, although Aristotle, who gave his life much earlier in such a circumstance is famous for alluding to this 'fact of Life'.


“It is not always the same thing to be a good man and a good citizen.”
― Aristotle, Selected Writings From The Nicomachean Ethics And Politics


Which do I choose? Good Man or good little citizen?

Which do you choose? To do what is Right or do what some misguided, perverted, evil politicians tell you to do? With threats of force.

Some time ago I wrote to all the Legislators in both Houses of the Tasmanian Government and told them clearly that were they to pass this awful law, I would break it.

Even when his Knightly days are past and he is a simple Tavern Keeper.

Today, I sat outside the abortion clinic, at 'ground zero' of the 'forbidden zone', and said the Rosary.

I walked across the road (still within the zone) to the nearest MP's office, Lisa Singh's,  and reported to her staff that I had just broken the Feminist-Socialist, unGodly MP's awful law.

I will do it again next Tuesday.

I will pray the Rosary for the mothers facing such an awful choice;

for the Fathers who are already denied any voice;

for their babies who may be legally torn to pieces as if they had been condemned by a medaeval Queen;

for the Doctors who care more for money than for life and disregard their oath to 'do no harm';

for the nurses who do such wicked things to their sisters;

for the Politicians who are so devoid of empathy and understanding, so blind to reality and life that they think they can defy God's Law and force me to obey theirs.

I pray that Grace comes to them to change their minds, seek repentance and forgiveness and heal their Souls.

I will do so until a Police'person' with a Gun comes against me.

Violence is all that Governments, especially Socialist governments know. 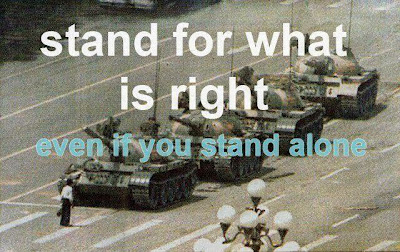 “One has a moral responsibility to disobey unjust laws.” ― Martin Luther King Jr.

“There is a heady sense of manhood that comes from advancing from apathy to commitment, from timidity to courage, from passivity to aggressiveness. There is an intoxication that comes from standing up to the police at last.” ― David T. Dellinger, From Yale to Jail: The Life Story of a Moral Dissenter

“if we don’t rebel, if we’re not physically in an active rebellion, then it’s spiritual death.”
― Chris Hedges

“If you're not going to use your free speech to criticize your own government, then what the hell is the point of having it?” ― Michel Templet

“If a plant cannot live according to its nature, it dies; and so a man.” ― Henry David Thoreau, Civil Disobedience and Other Essays

“It was civil disobedience that won them their civil rights.”
― Tariq Ali, The Obama Syndrome: Surrender at Home, War Abroad

“If the machine of government is of such a nature that it requires you to be the agent of injustice to another, then, I say, break the law” ― Henry David Thoreau, Civil Disobedience and Other Essays

“An individual who breaks a law that conscience tells him is unjust, and who willingly accepts the penalty of imprisonment in order to arouse the conscience of the community over its injustice, is in reality expressing the highest respect for the law” ― Martin Luther King Jr.

“Protest beyond the law is not a departure from democracy; it is absolutely essential to it.”
― Howard Zinn

I was a soldier for many years. The Nuremburg Trials sent a strong message to all soldiers.


OBEYING ORDERS IS NO DEFENCE
A Soldier MUST disobey an unlawful or immoral order. 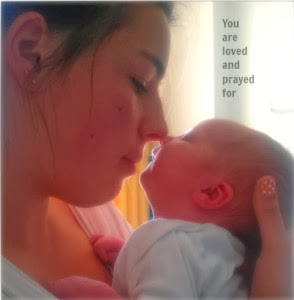 I could do with a few Prayers for me too.