Most men and women in the Tavern get along well, which is not at all like the world outside the hedge down in Hilary's Village.  You know the village: its the one that takes all of them to raise a child instead of leaving it to the parents. Out there the war rages and harridans hold forth.

But Toronto recently saw the harridans taken on by a heavyweight woman - and I ain't referring to her size. This is one seriously intellectual woman.

Her first major best-seller - 'Sexual Personae' -even saw her being hailed as a feminist icon, as the harridans rushed to claim her as their 'sista'.

Camille Paglia soon put a spiked heel in that scheme.

The event pitched Camille and Caitlin Moran against the awful Radical Feminists Maureen Dowd (who still looks quite tasty, by the way) and Hannah Rosin (who, lets face it, never did manage to master lipstick).


“Be it Resolved: Men are Obsolete.”

The Lord Harry help any man who would dare to put on a public event of that nature and Title but talking of women. It would have been closed down before it started by rioting feminists screaming, breaking things and taking their clothes off.

But that was the topic of the recent Toronto debate The opening salvos from Camille blew the opposition out of the water. Even in the adjoining rooms voices were heard to say:


If women were so much better than men as these harpies claim they would achieve succeed within the free society we have today, instead of moaning and asking for quotas, they would be business leaders in numbers far greater than they are currently. It’s a free world. You are not oppressed. Quit whining and go out and do something productive for the world you claim to care so much more about. 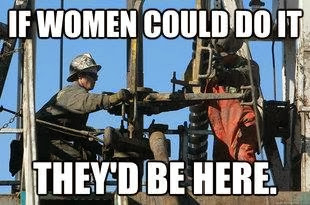 But, enough of the hecklers.... Camille's friend Christina Hoff Sommers dropped in to tell us about it:

Much of the commentary was tongue-in-cheek. Dowd noted, for example, that men have played so recklessly with the globe “they nearly broke it.” So, she said, we are going in a new direction. “Heck, men wouldn’t even ask for directions.”

But it was Camille Paglia’s electrifying opening statement that stole the show:

"If men are obsolete, then women will soon be extinct—unless we rush down that ominous Brave New World path where females will clone themselves by parthenogenesis, as famously do Komodo dragons, hammerhead sharks, and pit vipers.

A peevish, grudging rancor against men has been one of the most unpalatable and unjust features of second- and third-wave feminism.  Men’s faults, failings and foibles have been seized on and magnified into gruesome bills of indictment.  Ideologue professors at our leading universities indoctrinate impressionable undergraduates with carelessly fact-free theories alleging that gender is an arbitrary, oppressive fiction with no basis in biology.

Paglia not only defended men, she had a rare good word for free market capitalism and its benefits to the fair sex. In her words:

" History must be seen clearly and fairly: obstructive traditions arose not from men’s hatred or enslavement of women but from the natural division of labor that had developed over thousands of years during the agrarian period and that once immensely benefited and protected women, permitting them to remain at the hearth to care for helpless infants and children.  Over the past century, it was labor-saving appliances, invented by men and spread by capitalism, that liberated women from daily drudgery."


According to the “males-are-in decline” crowd, the future belongs to communicative, consensus-building, emotionally intelligent women. 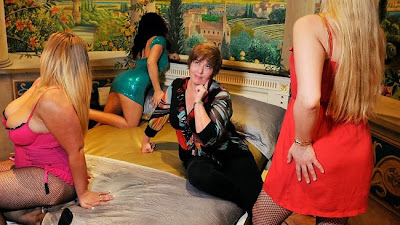 Men, with their brawniness, risk-taking and general penchant for mayhem have overstayed their welcome. Dowd wondered if they would finally become extinct, taking “video games, Game of Thrones on a continuous loop and cold pizza in the morning with them.”

Paglia politely but firmly reminded her sister debaters  that today’s busy, multi-tasking, alpha-females may be joining men in running the world, but they are hardly replacing them. And their brilliant careers are made possible by legions of hard-working, risk-taking, innovative men. To quote Paglia again:

"Indeed, men are absolutely indispensable right now, invisible as it is to most feminists, who seem blind to the infrastructure that makes their own work lives possible

It is overwhelmingly men who do the dirty, dangerous work

It is men who heft and weld the giant steel beams that frame our office buildings, and it is men who do the hair-raising work of insetting and sealing the finely tempered plate-glass windows of skyscrapers 50 stories tall.  Every day along the Delaware River in Philadelphia, one can watch the passage of vast oil tankers and towering cargo ships arriving from all over the world.  These stately colossi are loaded, steered, and off-loaded by men.

The modern economy, with its vast production and distribution network, is a male epic, in which women have found a productive role–but women were not its author.  Surely, modern women are strong enough now to give credit where credit is due!"

Despite several decades of girl power, women show little or no inclination to enter many traditional male fields.

It is still men who file more than 90% of patents.


In the early 1980′s the cartoonist Nicole Hollander, creator of Sylvia, ran a strip in which someone asks Sylvia what the world would be like without men. Sylvia’s reply: “No crime and lots of happy fat women.”


Paglia’s prediction of extinction may be more like it.  Her statement is worth reading in full.

You can see it all at:

A round of drinks from the Cornucopia sit on the bar for Christina, Camille and Caitlin.