The Land of the Free isn't anymore. The descent into chaos is being forced through by legal activists who tie ordinary people up in knots at the behest - sometimes - of the nastier elements in society. I say 'sometimes' because it is all too often the case that Judges do not even wait for an anti-social complainant but go right ahead and try to tie someone up at whim. The law - or rather Judges - are creating a Gordian Knot to augment the hangman's noose and the Christian is the target. 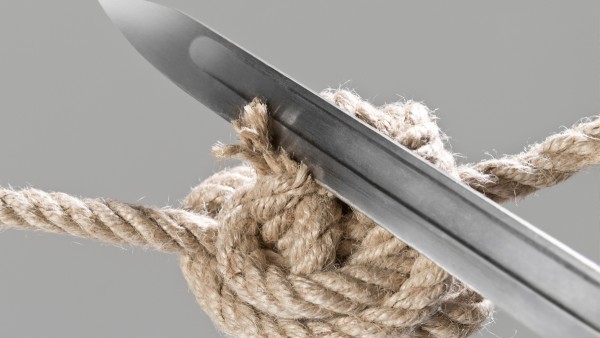 But perhaps it is the Judges who should be the target.

You know about the Gordian Knot, of course.  The origins of the “Gordian knot,” a term commonly used to describe a complex or unsolvable problem, can be traced back to a legendary chapter in the life of Alexander the Great. As the story goes, in 333 B.C. the Macedonian conqueror marched his army into the Phrygian capital of Gordium in modern day Turkey. Upon arriving in the city, he encountered an ancient wagon, its yoke tied with what one Roman historian later described as “several knots all so tightly entangled that it was impossible to see how they were fastened.”

Phrygian tradition held that the wagon had once belonged to Gordius, the father of the celebrated King Midas. An oracle had declared that any man who could unravel its elaborate knots was destined to become ruler of all of Asia.

According to the ancient chronicler Arrian, the impetuous Alexander was instantly “seized with an ardent desire” to untie the Gordian knot. After wrestling with it for a time and finding no success, he stepped back from the mass of gnarled ropes and proclaimed, “It makes no difference how they are loosed.”

He then drew his sword and sliced the knot in half with a single stroke.

In another version, he simply pulled out a lynchpin running through the yoke, loosening the knot enough that he was able to unfasten it. Whatever method he used, the young king was immediately hailed as having outsmarted the ancient puzzle. That same night, Gordium was rocked by a thunder and lightning storm, which Alexander and his men took as a sign that he had pleased the gods. True to the prophecy, he went on to conquer Egypt and large swaths of Asia before his death at age 32. 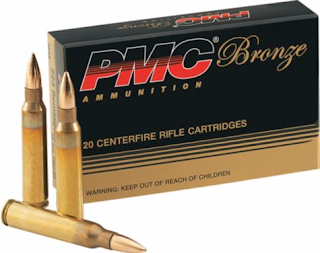 Something of the same needs to be done with the tangled law. Freedom needs to be released back into the American experience.  A bold stroke is needed and many had high hopes for Mr Trump. We wait. But not with our breath held.

Of course, we do not use swords much these days. America is the land of many firesticks, Kimusabe. And the $1.50 FMJ solution seems a favourite of baddies that perhaps goodies might look at. Not that I am recommending shooting judges, mind you.

It has been tried though.

So what has brought on this train of chatter in the Tavern. It came about when  Erik Erickson dropped in to tell of the latest atrocity in the 'Get Short, Old, White, Christians', saga. Some of the finer, manly customers were seeking solutions.

The American media would have you believe there is a concerted effort among Christians in America to discriminate against gay Americans. “No gays allowed,” they claim small Christian business owners are saying.

It is a fiction created to avoid dealing with the facts.

The fact is I am unaware of any Christian business that refuses to serve gay customers, but I am aware of many gay activists targeting Christian small businesses for persecution.

The latest issue is also the one where the Left has most dramatically overplayed its hand. Jack Phillips, a baker in Denver, CO, has been compared to a Nazi participating in the holocaust.

A member of Colorado’s Civil Rights Commission said that.

What crime did Phillips commit?

He dared to offer a cake to a gay couple for their same-sex wedding. 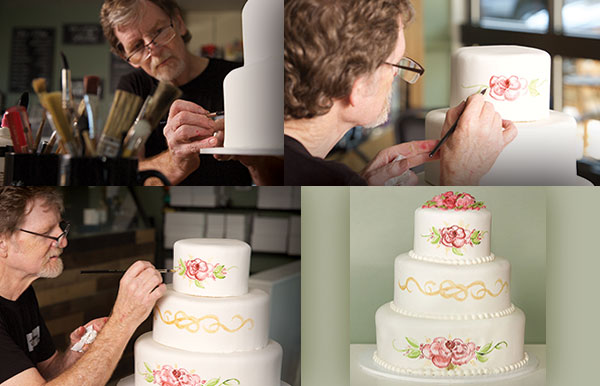 You may need to read that last sentence again.

Phillips is both a committed Christian and a renown artist. His cakes are elaborate creations. Phillips was willing to provide a cake for the same-sex wedding, but Phillips was not willing to provide his extra artistic talents for the particulars that the couple wanted. They could have the wedding cake, but he was not going to customize it the way they wanted it.

For that, Phillips had to be prosecuted.

Before going further, it would be helpful for you to know just how committed a Christian Phillips is.

Phillips believes Halloween is a pagan holiday that dishonors God, so he will not lend his artistry to its celebration.

He will not bake cakes for anyone’s second wedding, even if a church is willing to do the wedding. Divorce is a sin.

Phillips will not bake cakes celebrating other religions’ religious holidays.

But Phillips was willing to bake a cake for the gay couple for their wedding.

Still, he must be prosecuted because he would not customize it the way they wanted.

For that, he must be shamed, boycotted and compared to a Nazi. His case is now before the Supreme Court. 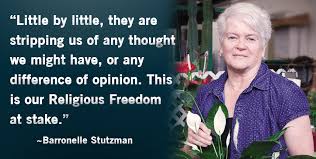 He goes in the company of Baronelle Stutzman. She regularly provided flowers to a gay couple in Washington. She had a long list of gay customers that she lovingly served. But Stutzman would not provide flowers for the same-sex wedding of her longtime customers. The couple did not file charges against Stutzman. They were, after all, friends and longtime customers.

But the state of Washington pursued her anyway.

Stutzman was found guilty of discrimination by the Washington State Supreme Court and risks losing her home, her business, and even her dog because of the judgment unless His Majesty Anthony Kennedy, the supreme ruler of the United States, deigns to carve out some small exception for Christians in private enterprise. 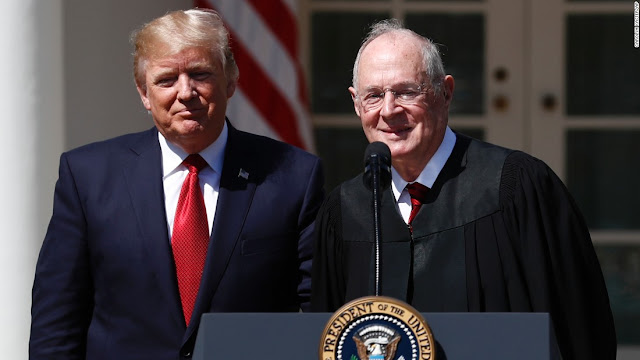 It really all comes down to Anthony Kennedy, who decided the Supreme Court had the power to change the multi-thousand-year-old definition of marriage, despite the government not having created it. Now Kennedy will tell us whether the First Amendment’s “free exercise of religion” language means we can actually freely exercise our religion or only believe it without living it.

What the Christians before the United States Supreme Court want is not a ruling that says they can discriminate against gays and turn away a gay couple from their business. All they want is a ruling that says their artistic talents are speech and their speech cannot be compelled to endorse a religious ceremony they disagree with.

The compromise here should be obvious.

Just as we should abhor the idea of forcing a black printer to print the fliers for a Klan rally or forcing the Muslim butcher to carve a pig for a church barbecue, we should not force the Christian to provide goods and services to a religious ceremony their religion decries as sin. 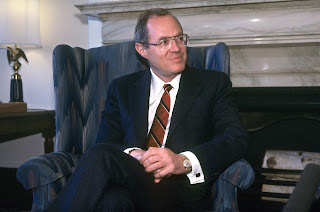 You may disagree, but who are you to tell someone else how to live his faith?

Anthony Kennedy, though, is our supreme ruler and he will tell us all.

Heck, and there you were thinking Trump is making America Great Again.

Most of us are and have always been Law-Abiding citizens, mindful of being obedient to reasonable, rational rules that ensure that civil life goes as smoothly as possible considering the small percentage of raving lunatics around who would do harm to innocent folk going about their lawful occasions.

But now we have laws that do harm to innocent folk and it is increasingly difficult to figure out what is a lawful occasion and what isn't.

Not that I know this particular Judge to be a bastard. Erik doesn't like him, but me..... I do not know much about him.

His - America's - Laws, though, are a well know enough mish mash of foolery that need sorting out and we see little in the way of cutting the stupidity and anti-Christian ones, let alone using the straight-forward ones most agree with that could be used to prosecute criminals (such as the Clinton and Obama crowd).

Someone has to cut through this Gordian Knot and earn the approval of Alexander's gods. And the thanks of decent people.

Not that I would ever call for someone to shoot the bastards.

But, it does seem to be the American way.

Cool down fellows. Have a drink.