The Roar of the Crowd.

To hear the roar, invective, foul language and sheer hatred outside the Tavern's hedges, you would think that there were millions of homosexuals out there and just a few heterosexuals cowering behind the  rhododendrons in our society.  But it just ain't so. The shouting and screaming is coming from heterosexual running dogs who do not understand from where their bones are being thrown. 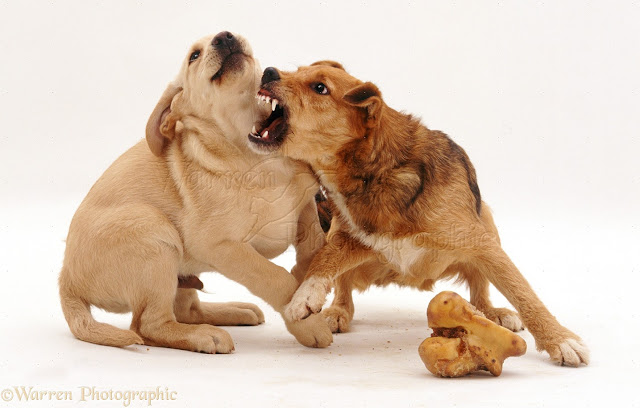 The newspapers and TV, the internet and business advertising, not to mention the politicians are all in on the game and at the beck and call of the nastiest elements.  The occasional person who intends to say 'NO' to the question that is being put to the Oz electorate gets howled down, their signs stolen, ripped up, and themselves assaulted.

Do the police do anything at all. 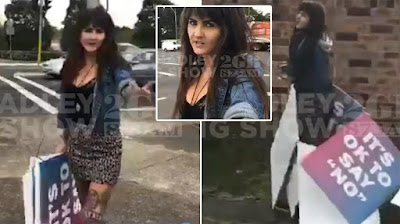 It is the only No we get to hear.

The police are culpable.

A man explodes his van full of gas bottles outside a Christian organisation's building and the very first thing the police do is deny the motive which the assailant made clear.  And he wasn't even a moslem !!

An advert is made by a Father's group ON FATHER'S DAY simply to laud the presence of a father in his child's life and immediately it is banned from TV.  They said it was becuase it didn't carry an 'authorisation' notice, being during an election. HAH ! The  other TV companies all follow suit.  A National Airline executive puts rainbow colours on OUR aircraft and threatens to reject passengers who vote 'no'. 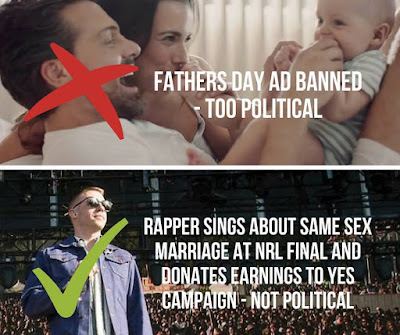 Meanwhile a 'Cup Final' footy match with 80,000 captive spectators and millions watching on the TV has a mincing nancy boy singing ...hah !...rapping about same sex marriage !! No hint of banning that.

He didn't even say who authorised that in the middle of an election.

One rule for the Yes side and another for the No side. And not a policeman in sight. No 'Ello, 'ello' 'ello' was heard.

The Tavern was abuzz with gnashing teeth. Someone actually asked.... "how many pooftas are there, really?"


Given that our society and many basic rights are intrinsically linked to the definition of marriage, it seems strange to consider the disproportionate amount of time spent on the issue of same-sex marriage.

While the consequences of redefining marriage have in fact not been given the necessary attention in public discourse, a significant part of the same-sex marriage lobby’s argument has been overrepresented: .....

recently released census data shows that just 0.38 per cent of Australia’s population are in same-sex relationships.

In other words, the percentage of Australian society that has the most to gain by legalising same-sex marriage is less than half of one-percent.

Not that the Mainstream Media will give such a clear and unargued figure. Oh dear no. It gives us different and irrelevant ones instead.

As reported in The Guardian: 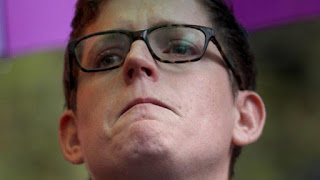 Compared with Safe Schools founder Roz Ward’s claim that 40 to 50 per cent of the population are gay, this is a much smaller, more realistic number.

Roz, you will recall is the female academic behind the spread of filth to our children through the school curriculum. 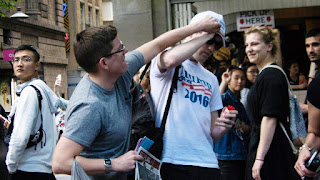 Roz is a persuasive woman who convinced the Civil Servants in our Education Departments to oblige the easily-led female school workforce to teach filth to our kids. Here she is using her persuasive techniques.

Same-sex marriage, while it would at most be accessed by 0.38 per cent of the population, would affect every Australian. As Prime Minister Malcolm Turnbull said: 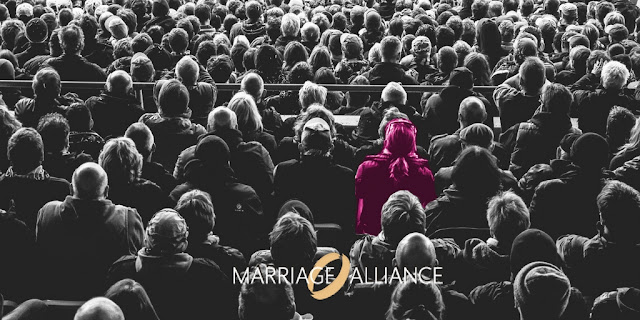 When discussing a legal change that affects the entire Australian population, it is important to have all of the facts straight. The amount of government time spent on this issue shows the disproportionate amount of attention that this issue is given. Likewise, the media and big corporate justify their amount of focus on the issue by

blatantly exaggerating how large the LGBTI population is as a whole.


One letter to the Australian pointed out the disproportionate response to the same-sex marriage issue:

The new census figures indicate that there are just 46,800 gay couples in Australia — a whopping 0.38 per cent of the population. So same-sex marriage is hardly a mainstream matter.

Human lifestyle choices are remarkably creative, and we can be confident that, once the definition of marriage has been amended, over time it will have to be altered to include other variant unions, such as polygamous relationships. We are in denial if we believe that the social push will simply stop at gay marriage. Changing an institution to cater for 0.38 per cent of the population should not be on the agenda.

Another pointed out that the LGBTI lobby does not just want a legal change – rather that they want to change the fundamental nature of our society:

Setting aside the hyperbole of describing same-sex marriage as a human rights issue on the scale of giving women the vote, Caroline Overington gets it half right when she blames the Labor Party for the status quo (“ALP cares for power and glory over human rights”, online, 27/6). The LGBTI lobby, who are the ones with the most skin in the game, are just as much to blame.

They could not stomach same-sex marriage being granted to them by the public as an amendment to the traditional definition of marriage rather than acknowledged by parliament as a pre-existing right. If they had really wanted same-sex marriage so desperately and lobbied Labor to support the government, does anyone believe Bill Shorten’s opportunistic objection to a plebiscite (with which he once had no problem) would have survived longer than a millisecond?

Supporters of traditional marriage are not alone. Citizens across the country are voicing their concerns –and the media are taking notice.

The consequences of changing the definition of marriage affect the whole of society,

not just the tiny percentage of people in same-sex relationships. However, those who advocate for same-sex marriage have been so vocal and active that they have successfully made the number of same-sex marriage supporters appear much larger than it really is.


The silent majority should not be ignored in order to appease the demands of a slim few. As a whole, Australian society has far more to lose than win by redefining marriage.

The data is there: same-sex couples are drastically outnumbered. 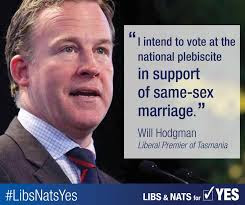 Our politicians should be looking to protect the Australian family for the benefit of all society – not destroy it.

It’s time to let politicians know your view on the definition of marriage. Join us in fighting the wave of same-sex marriage activism and protect the family.

Tell your politicians to give you a say on marriage. Make your voice heard.

Yes, indeed, but do not hold your breath waiting for a response.  The politicians are not honest, not 'equal' and not to be trusted. The fellow above is the Liberal Premier of Tasmaonia who has had a full term and done nothing at all about abortion and now is aiding the SSM push.

Liberals (that is 'conservatives for our American cousins) are as bad as the Labour (that is, socialists).


A Labor senator who is opposed to same-sex marriage says she has been urged by senior MPs and members of the ALP’s organis­ational wing to pretend to be in favour of changing the Marriage Act.

Tasmanian senator Helen Polley told The Australian she was maligned in the party because of her views and had been told she would cost Labor votes at the next federal election because she was ­opposed to gay marriage.


Senator Polley, a Catholic and a No voter in Malcolm Turnbull’s $122 million postal survey, said senior party figures had told her

to change her position publicly even though it would go against her conscience.

She would not name the people who told her to change her position, but said they were senior federal MPs and leading figures in the Tasmanian organisation.


“I’ve been told that I could be responsible for losing the next federal election,” she said.

So far she has not said that anyone has threatened to find her in a dark alley and give her a taste of 4 x 2.  Don't hold your breath there either.

Any policeman knocking on ALP doors?


The game is fixed.

Lubricate the vocal chords, and do some Roaring yourselves.

See the dogs above? That is what society will look like in five years.