How was it for you?

An old question that can be applied to quite a few circumstances. " How was it for you?".  Not that the obvious circumstance is usual in the Tavern unless between loving couples who come down for a drink from their private rooms.


It is a question asked by Carolyn Moynihan just today. The magic didn't happen for her when she was confronted by the artificial bit of social engineering thrust upon us in New Zealand.

Carolyn is usually to be found working hard at Mercatornet, a splendid source of conversation and fine wine. I am always pleased when some of their folk pop in for a bevvie.

This is what she had to say:

Hi there King Amfortas, our Beloved and Revered Tavern Keeper. Give me a glass of pure kindness and I will tell you what I saw.


A man with a woman holding a baby boy stepped off a plane in Wellington, New Zealand, on Monday to a rock-star welcome. British royals Prince William, Duke of Cambridge, Catherine, Duchess of Cambridge, and nine-month-old Prince George arrived for a visit, the first state visit anywhere for the youngest "Cambridge". 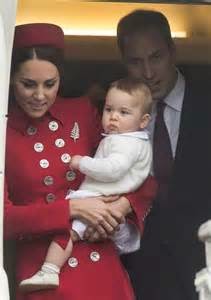 Polls indicate that monarchism here is likely to die a natural death and that New Zealand will become a republic, but that doesn't stop Kiwis going gaga over a glamorous princess, Diana's eldest son, and their little Prince Charming.

It is the same in Oz, of course. The ubiquitous 'Polls' also engineered to try to convince disbelieving skeptics that the Lefty plans for getting rid of tradition - in this case the Monarchy - is desired by the majority.

Tell a lie once and only the gullible are likely to believe. Keep telling it, and tell everyone that everyone else thinks it, and you have a lefty tactic. 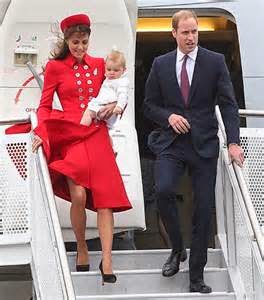 A man, a woman and a baby - a man and a woman married to each other, with a child who is the fruit of their committed, mutual self-giving.

This is the most natural thing in human society,

....if not in the world, and how beautiful it looks to us, whether the wife and mother is svelte and dressed in bespoke outfits, or a little rounder and softer and dressed in what a young family can afford off the rack; whether the dad has royal blood or is just a salt-of-the-earth honest bloke.

Now, speaking of honesty, I have to say that I cannot feel the same or think the same about the picture presented by two gay men and the baby girl they brought to a playdate with Prince George on Tuesday. 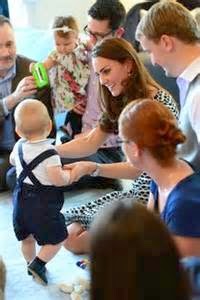 The Royal New Zealand Plunket Society, a Kiwi institution which looks after the health of young children, was entrusted with the task of inviting 11 representative sets of parents with babies around George's age to the intimate event, and I suppose it was inevitable, given our legislature's embrace of same-sex marriage last year, that gay parenting would be endorsed in this way.

The homosexual proportion is - every time there is a Census - about 3%. The proportion of those who 'adopt' are less than 5% of the 3%. That is so tiny a group to 'represent' that one wonders which identifiable group was left out.


The media, instructed not to "make an issue of it", naturally gave the trio a special mention in the news.

They were two decent looking men with a healthy looking baby girl, one of them bouncing her mother-like in his arms,

but no, the image did not work the intended magic for me.

It made me sad and indignant.

Why should this little child be deprived of her mother?

A child NEEDS a Mother and a Father.

It is tragic when a child loses a parent, to illness or accident or desertion, but why oh why is our society Hell-Bent on creating tragedy where it did not occur?


Whose interests does it serve?

Nothing those men can do for her can replace the intimate bond between a mother and baby, or the uniquely maternal love for a child of whatever age. Is one of the men her natural father?

If not she is doubly orphaned, and doubly wronged.

She has been treated as an object of adult desire, not as a subject with the right to exist in a natural family.

I'm afraid one of things is subverting the others, at the expense of our children.

Carolyn was especially keen on having some of my customers here sample her offerings at Mercatornet.  And I do not mind her speaking of them.

Good folk help one another.


The same spirit of "improving" on nature drives scientific experiments such as three-parent embryos, as Jill Burcham highlights in her intriguing exegesis of a Nathaniel Hawthorne tragic story of obsession, "Rappacini's Daughter".

Oh, but, the designer embryos are for the greater good of society, the scientists say.

Well, for an answer to that line of argument, read Michael Cook's article on horrendous experiments carried out by Japanese doctors at Harbin, during World War II - and the way they were excused.

Once we start seeing other human beings as means to an end there is no limit to the evil any of us can do, and justify.


I thoroughly recommend readers here pop over to Mercatornet from time to time. Take my good wishes with you. They are a fine bunch.