The cost of free speech is rising. That's inflation for you. The axioms of western civilisation are crumbling all around and no one is allowed to speak freely about them without threats and vicious actions.

And the media kow-tow to the pressure groups, the minorities, even to the point of silencing themselves with their acquiescence to Government 'Orders'.

Who is game to speak out?

Well, Mark Steyn, for one.

These days, pretty much every story is really the same story:

• In Galway, at the National University of Ireland, a speaker who attempts to argue against the BDS (Boycott, Divestment and Sanctions) programme against Israel is shouted down with cries of ‘F..king Zionist, f..king pricks… Get the f..k off our campus.’

• In California, Mozilla’s chief executive is forced to resign because he once made a political donation in support of the pre-revisionist definition of marriage.

• At Westminster, the House of Commons Science and Technology Committee declares that the BBC should seek ‘special clearance’ before it interviews climate sceptics, such as fringe wacko extremists like former Chancellor Nigel Lawson.

• In Massachusetts, Brandeis University withdraws its offer of an honorary degree to a black feminist atheist human rights campaigner from Somalia.

• In London, a multitude of liberal journalists and artists responsible for everything from Monty Python to Downton Abbey sign an open letter in favour of the first state restraints on the British press in three and a quarter centuries.

• And in Canberra the government is planning to repeal Section 18C — whoa, don’t worry, not all of it, just three or four adjectives; or maybe only two, or whatever it’s down to by now, after what Gay Alcorn in the Age described as the ongoing debate about ‘where to strike the balance between free speech in a democracy and protection against racial abuse in a multicultural society’.

I heard a lot of that kind of talk during my battles with the Canadian ‘human rights’ commissions a few years ago: of course, we all believe in free speech, but it’s a question of how you ‘strike the balance’, where you ‘draw the line’… which all sounds terribly reasonable and Canadian, and apparently Australian, too. But in reality the point of free speech is for the stuff that’s over the line, and strikingly unbalanced. If free speech is only for polite persons of mild temperament within government-policed parameters, it isn’t free at all. So screw that.

But I don’t really think that many people these days are genuinely interested in ‘striking the balance’; they’ve drawn the line and they’re increasingly unashamed about which side of it they stand. What all the above stories have in common, whether nominally about Israel, gay marriage, climate change, Islam, or even freedom of the press, is that one side has cheerfully swapped that apocryphal Voltaire quote about disagreeing with what you say but defending to the death your right to say it for the pithier Ring Lardner line: ‘"Shut up,” he explained.’

A generation ago, progressive opinion at least felt obliged to pay lip service to the Voltaire shtick. These days, nobody’s asking you to defend yourself to the death: a mildly supportive retweet would do. But even that’s further than most of those in the academy, the arts, the media are prepared to go. ...

I’m opposed to the notion of official ideology — not just fascism, Communism and Baathism, but the fluffier ones, too, like ‘multiculturalism’ and ‘climate change’ and ‘marriage equality’.

Because the more topics you rule out of discussion — immigration, Islam, ‘gender fluidity’ — the more you delegitimise the political system. As your cynical political consultant sees it, a commitment to abolish Section 18C is more trouble than it’s worth: you’ll just spends weeks getting damned as cobwebbed racists seeking to impose a bigots’ charter when you could be moving the meter with swing voters by announcing a federal programmne of transgendered bathroom construction. But, beyond the shrunken horizons of spinmeisters, the inability to roll back something like 18C says something profound about where we’re headed: a world where real, primal, universal rights — like freedom of expression — come a distant second to the new tribalism of identity-group rights.


And that is just scratching the surface.

Our Universities frequently silence those who wish to discuss urgent matters. The worst silencers, who go about their silencing in the noisiest of ways, are Feminists.

The same shoddy rationale was employed by protesters at Massachusetts’ Brandeis University, which was recently pressured into forgoing plans to award an honourary degree to women’s rights activist Ayaan Hirsi Ali.

Ali’s personal history is a remarkable testament to resilience — she was genitally mutilated at age five and became a refugee to flee an arranged marriage, yet still rose to become a distinguished member of Parliament, public speaker and author.

But her ongoing criticism of Islam, which she has called “imbued with violence,” was deemed “hateful” by a self-appointed group of safe-space-keepers at Brandeis University, and the administration shamefully caved to their demands and revoked their invitation.

Rex Murphy summed up the miserable picture in his weekend column, asking,

“Is this what Western thought and philosophy at the university has come to — setting up intellectual quarantines lest the immature and frightened be made uncomfortable or to feel unwelcome?

Is this university or daycare?”

At the University of Ottawa, where protesters resorted to clapping, yelling and blowing a horn to drown out professor Fiamengo’s speech on rape culture and men’s issues, the answer is self-evident.

The case could be made that Fiamengo’s rejection of rape culture, for example, is unhelpful to efforts to help victims of campus violence come forward, but just because protesters attempt to drown out her ideas doesn’t mean they’re not still there. They are — and they have been left unchallenged — because the Revolutionary Student Movement would rather bang on their desks in a futile, overgrown temper tantrum than actually refute her argument with contrary views.


Even churches are under attack by feminists. Men can stand and pray but not be protected against assault. And no action is taken to stop the feminists.


A large group of mums and dads with their children march in Germany and are attacked by 'Gays' who hurl faeces at them. 'Gay Marriage' is sacred to politicians.  Freedom to speak against it is not protected.
So much of what was once 'normal' is now considered 'Hate' in some kafkeque inversion straight from '1984'.
GOOD PEOPLE have to find the courage to counter this erosion and depravity.
Lives are going to be lost. 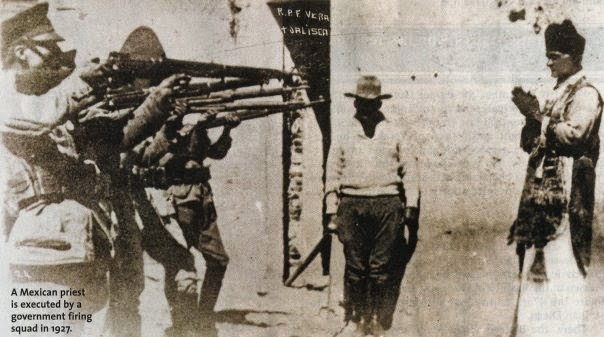 
Dark ages are upon us and a loud voice is needed.

Otherwise, be prepared to die for your belief. Protesting that you always were 'liberal' will not help you. Just look what happened to Mozilla's CEO. He actually supported 'Gay' 'freedom'. He employed gay people. He gave a very small amount of money six years ago to a democratic discussion. That was enough to get him vilified and fired.

Drink deep of courage and fortitude.