Equality: What a difference an 'e' makes.

I do not believe in Equality. In my many decades here on Earth I have never observed it 'in the full'. It appears to me to be un-Natural. It seems rare and confined, where found, to the 'Particular'.

Yet voices shout out for it and Laws get rammed through to 'force' it, 'in General', upon us.

One shudders to think just how far some will take it.

I own and operate a Tavern. I serve. I employ people to serve. I am enjoined by my Supplier to serve Fine Ale from the shoulder-flask of Angels. It is an unequal relationship all through. It is based on Quality, not Equality. Anyone can aspire to owning my fine establishment, but no-one can 'force' it and remain consistent with free choice and free will .... in which we ARE all equal.

It also NOT to say that all people should be able, as best they can, to gain for themselves a reasonable life, AND that some people may need some help. But to be forced to help such lesser-able is to do a serious harm to free-will and Charity.


Our society has made it a 'sacred duty' to Force people to 'cause' equality to be brought about, and it has done serious damage to our Quality in so doing. 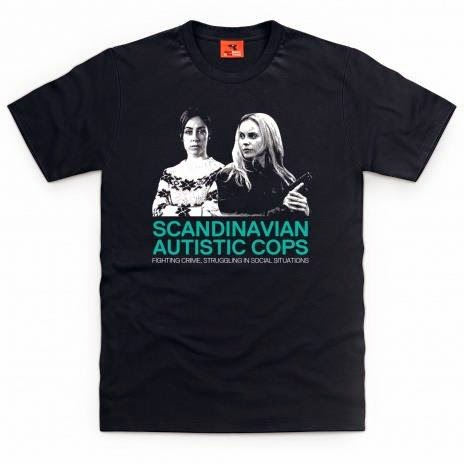 Entire 'demographic' sections of society get artificial 'privilege' that automatically denies the same to others. Deliberately. Unthinkingly. Mindlessly. Affirmative Action is one means. Denigration of other sections, such as the 'Married' and unborn babies is another.

Anthony Daniels was in the bar giving a similar view, so I will let him put it more clearly.

Patriotic effusions, whosever they may be, seldom please citizens of other nations, because they are generally so self-congratulatory; and self-congratulation, which is no doubt an inescapable part of the human condition, is best kept to oneself even when justified.

Occasional outbursts may be acceptable, as after a triumph in a just war—but just wars are themselves infrequent events in human history. Ignorance of and disdain for others are often the corollaries of noisy patriotism; it was with good reason that Doctor Johnson said that patriotism is the last refuge of a scoundrel. Quite often it is the first refuge as well.

On the other hand, some kind of collective self-belief is necessary, for otherwise effort would be in vain and achievement impossible.

A country completely without patriotism, even if this state remained implicit rather than explicit, would be an unhappy place. As in most things human, a balance must be struck.

I mention this because I recently came across a description of Americanism by Theodore Roosevelt. Among American virtues, he said, were

respect for the rights of others;

equality under the law; and

“at least a measurable quality of opportunity.”

This last was important: Roosevelt wisely did not employ a shibboleth of our time, equality of opportunity.


“Those who believe in equality of opportunity must want, if they take the idea seriously, to make the world not only just but fair.”

The addition of an 'e' to 'quality',
makes a world of shameful difference.

He says that “all privileges based on wealth are un-American,” by which he must have meant legally inscribed privileges, for in the imperfect, sublunary world wealth will always have, or buy, its privileges.

For example, an accused wealthy man will generally have a better legal team to defend him than an impoverished accused man. And Roosevelt added that “all enmity to honest men merely because they are wealthy” is equally un-American; in which case one can only surmise that either America is fast becoming un-American, or no wealthy man in America is honest.

But to return to the question of opportunity versus equality of opportunity: Roosevelt can hardly have failed to notice that, as the scion of a rich family, his opportunities were greater than those of the majority of his fellow citizens.

On the other hand, he made the most of them by fierce efforts in many different fields of endeavor; indeed, he was famously in favor of the strenuous rather than the easeful life.

He did not content himself with frittering away his inherited fortune as many a young sprig has done (and as I think I might well have done, had I had a fortune to fritter).

Nor was Roosevelt the kind of man to deny anyone his chance merely because he was not well-born.

equality of opportunity, no.

But to oppose the notion of equality of opportunity these days is to be thought some kind of monstrous ultramontane reactionary, a Metternich or Nicholas I, who wants by means of repression to preserve the status quo in amber.

Members of young audiences to which I have spoken have almost fainted with shock when I have said that I not only did not believe in equality of opportunity, but to the contrary found the very idea sinister in the extreme, and much worse than mere egalitarianism of outcome.

To say to a young audience today that equality of opportunity is a thoroughly vicious idea is like shouting “God does not exist and Mohammed was not his prophet” at the top of one’s voice in Mecca.

Those who believe in equality of opportunity must want, if they take the idea seriously, to make the world not only just but fair. Genetic and family influences on the fate of people have to be eliminated, because they undoubtedly affect opportunities and make them unequal.

Ugly people cannot be models; the deformed cannot be professional footballers; the retarded cannot be astrophysicists; the small of stature cannot be heavyweight boxers; I don’t think I have to prolong this list, as everyone can think of a thousand examples for himself.

Of course, it might be possible to level the field a little by legislating for equality of outcome: by, for example, insisting that ugly people are employed as models in proportion to their prevalence in the population.

English novelist L.P. Hartley, author of The Go-Between, satirized such envious suppression of beauty (and, by implication, all egalitarianism other than that of equality under the law) in a novel called Facial Justice.

It’s not a very good novel, as it happens, but the idea is very good; Hartley envisages a state in which everyone ...

aspires to an “average” face,

...brought about by plastic surgery both for the abnormally ugly and the abnormally good-looking. Only in this way can the supposed injustice (actually it’s unfairness) of the genetic lottery be righted.

Hartley’s novel is a reductio ad absurdum of a pernicious idea.

By contrast, Roosevelt’s “measurable quality of opportunity” is roughly achievable by human design: only roughly, of course, because some (though few) will still be excluded biologically, and there are (again few) upbringings so terrible that they preclude opportunity for the person to become anything much.

On the contrary; our problem is, however, that the political arrangements needed to bring this about already exist in most Western countries, and still we are unhappy or discontented.

Thus we—many of us, that is—attribute our unhappiness to inequality of opportunity for fear of looking elsewhere,.....

Politicians love equality of opportunity as an ideal precisely because it is impossible—barring arrangements that would make North Korea seem like a libertarian paradise—to bring about.

And because it is impossible, it is a permanent promise of employment for them, as they try to square the circle or construct a perpetual motion machine.

It guarantees their importance, and the attainment of importance is probably the most powerful motive of all politicians.

There is only one country in the developed world, as far as I know, in which politicians are accorded no importance whatever: Switzerland.

All the same, I am not sure I would like to live there. Perfection is not of this world, and if it existed it would be horrible.

I hasten to add that Anthony makes his living by thinking such difficult matters through, observing the darker sides of humanity, and writing about it. So please do go to the Taki Magazine to see his views in full.

Meanwhile, ask me for a drink.  Nicely.