Just how much tolerance can we tolerate? And why has 'tolerance' suddenly become so over-ridingly important?  OK, I know, I tolerate all sorts in the Tavern but even I have my standards. And whatever happened to Standards, for goodness sake?

It used to be that we looked to 'Virtues', of the predominantly Christian sort, but in our modern, all-singing, all-dancing, modern, relatavistic secular world these have been replaced by 'values'.  To have standards these days is to be a bigot.

But just how do we measure Tolerance?

For the engineer, tolerance can be measured by size, distance,  degree or some other physical property, but in our society, I think, Tolerance is measured by time.

The time it take for the average person to throw up.

Tolerance, for me, is measured by the Time it takes for my Bouncer to be thoroughly pissed off by a customer's bad behaviour.
Intolerable behaviour.


I say 'thoroughly' as I am the first to lay down the rules and oblige him to take care not to fly off the handle at the drop of a hat, if you will excuse the mix of metaphors.

He knows my limits. 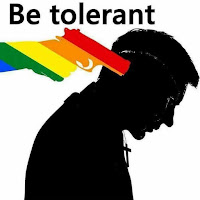 But, putting the Bouncer aside, the terminology of the engineer's instrument, the Micrometre, is telling: he has the Anvil, upon which our society has been laid: the ratchet knob, and we have all too many knobs ratcheting their 'values' up on us, 'progressively'; the lock which seems to have stopped any movement toward sense; and the Frame, of course, with the PTB and the wreckers forging the frame of reference that we are all obliged to work in, and which puts so many ordinary law abiding folk 'in the frame'.

Tolerance, for the ordinary chap, is a dimension, with zero at one end and everything goes at the other.

Just where you are on any matter is your unique, and often erroneous, take on things.

And we have many 'things' to have an erroneous take on. 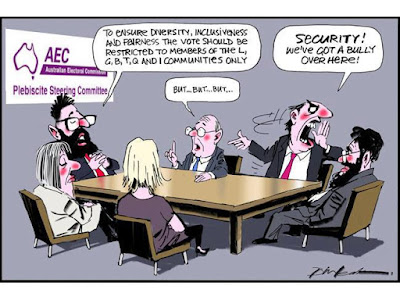 There's the Religious thing: the Race thing; the 'Whiteness' thing: the Homosexual thing; the Marriage thing; the Muslim thing; the Nationalist thing; the Neo-nazi thing; even the friggin' Gluten thing and the Obesity thing. To top all there is the 'you must accept me as I am' thing. In fact 'me, me, me' is the thing of things, no matter that the me doing the demanding is a total half-wit. And such people take advantage.

We are to be excoriated for our errors.

The rubbish and evil, and even the banal, we are told to tolerate is overwhelming us.  We are bullied by half-wits daily in the media and politics if we as much as hint at 'standards'. We must learn to discern. We must learn the limits of tolerance, for even a virtue can become a vice when taken to the extreme.

How long will it take you to throw up? 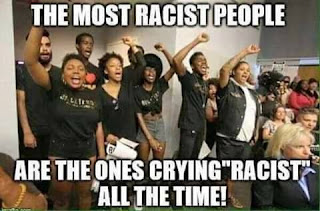 The paradox of tolerance, first described by Karl Popper in 1945, is a decision theory paradox. The paradox states that if a society is tolerant without limit, their ability to be tolerant will eventually be seized or destroyed by the intolerant.

Popper came to the seemingly paradoxical conclusion that in order to maintain a tolerant society, the society must be intolerant of intolerance. He defined the paradox in 1945 in The Open Society and Its Enemies Vol. 1.


"Less well known is the paradox of tolerance:

Unlimited tolerance must lead to the disappearance of tolerance.

If we extend unlimited tolerance even to those who are intolerant, if we are not prepared to defend a tolerant society against the onslaught of the intolerant, then the tolerant will be destroyed, and tolerance with them. In this formulation, I do not imply, for instance, that we should always suppress the utterance of intolerant philosophies; as long as we can counter them by rational argument and keep them in check by public opinion, suppression would certainly be unwise. 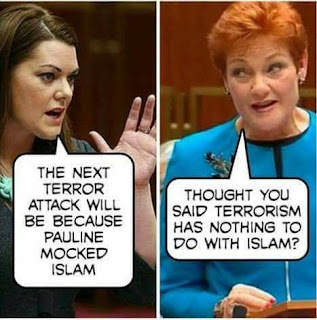 But we should claim the right to suppress them if necessary even by force; for it may easily turn out that they are not prepared to meet us on the level of rational argument, but begin by denouncing all argument; they may forbid their followers to listen to rational argument, because it is deceptive, and teach them to answer arguments by the use of their fists or pistols.

We should therefore claim, in the name of tolerance,

the right not to tolerate the intolerant.

He concluded that we are warranted in refusing to tolerate intolerance.

But that does not mean abandoning discenment and the use of calm judgment. 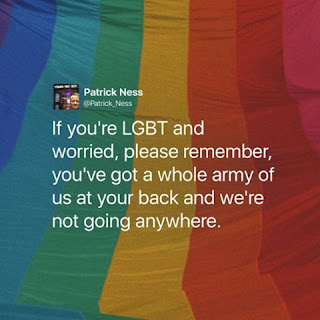 And that discernment will, more often than not, show just who the intolerant are that we should not tolerate.

The Same-sex marriage brigade have car-bombed the Australian Christian Lobby, and 'powder' has been sent to the organisation in the mail. It is they, the homosexuals who are intolerant, while simultaneously whineing in a fit of emotional blackmail
that any debate at all will bring intolerable angst to homosexuals such that they may harm themselves.

Someone has their back, and they have a car bomb too. And will post white powder.

Muslims in Canada are claiming that horrid people are discriminating against them and 'hate' them.

TRENTON, Ont. (AA): Hate crimes against Muslims have increased 60 percent, according to the latest figures released Tuesday by Statistics Canada. 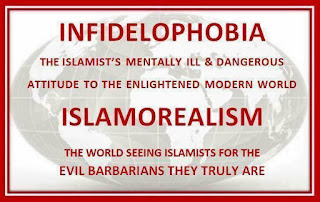 There were 159 incidents in 2015, a significant jump from 99 the previous year, the agency said on its website.

Khalid Elgazzar, board vice chairman of the National Council of Canadian Muslims and an Ottawa-based lawyer, termed 2015 as a “difficult year.”

No detailed mention of what these 'hate' incidents were, mind you. The ordinary Canadian simply being worried when people threaten to behead him for being an 'Infidel', is considered a 'hateful' worry, it seems.

Your Canadian has to 'tolerate' moslems carrying threatening signs in the streets and cutting heads off where they can.

Oz Universities are terrified of the 'Rape Culture' when in fact barely any rape to speak loudly about occurs in Oz at all outside of  our small indiginous and moslem 'communities' and even fewer in our Universities. But what is one to expect when a 'look' by someone in a pub is considered 'rape' by hysterical feminists. Grilling a sausage is prima faci evidence.

And we are to tolerate such outrageous slurs against the ordinary Australian male in our Universities, where he is becoming an endangered minority.

We are to 'tolerate' feminazis riding roughshod over sense and sensibility.

One could go on, but I shall have a customer have the last word.

When are you going to be sick and tired  enough of being bullied by the intoleratti, in order to stop them.

How much are you willing to take before you call an end to their thuggery?

When are you going to call time?