We are told it is hot down in Hell, which means it has a special climate of sorts, possibly affected by man-made warming. There is also a special climate in the world's largest cave, deep under the forests of Viet Nam.  Somewhat damper. We had a bit of a slide-show in the Tavern about it. 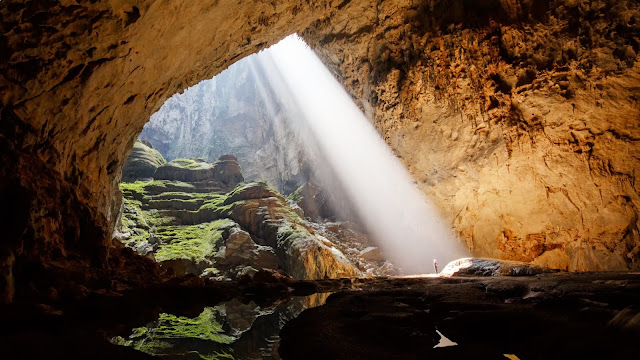 Apparantly you can fit more global warmist scientists and media personalities, hollywood stars and NGO conference travellers into it than the next three largest caves combined.

I reckon you could get them all in if you stacked them. 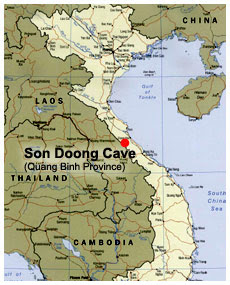 From an early age, local man Ho Khanh used to spend weeks on end trekking and maneuvering his way through the jungles of the Phong Nha-Ke Bang National Park, searching for food and timber to earn a modest income.

In 1990 while out on a hunting mission, Ho Khanh stumbled across an opening in a limestone cliff and moved forward to investigate. As he approached he noticed clouds billowing out of the entrance, and could hear the sounds of a river raging from somewhere inside the cave.

When he could feel a strong wind also blowing out from the cave, he decided to move on without further inspection. By the time he had returned to his home a few days later, he had forgotten its exact location and thought no more of it.

At the same time two members of the British Cave Research Association (BCRA), Howard and Deb Limbert, were basing themselves in Phong Nha to conduct exploratory cave expeditions in the area. While chatting with Ho Khanh one day, he mentioned to the caving experts that he had found a cave with clouds and a river inside. Howard and Deb were intrigued and urged Ho Khanh to try and rediscover the cave. After many failed attempts, they began to think this elusive cavern might remain lost in the jungle forever more. 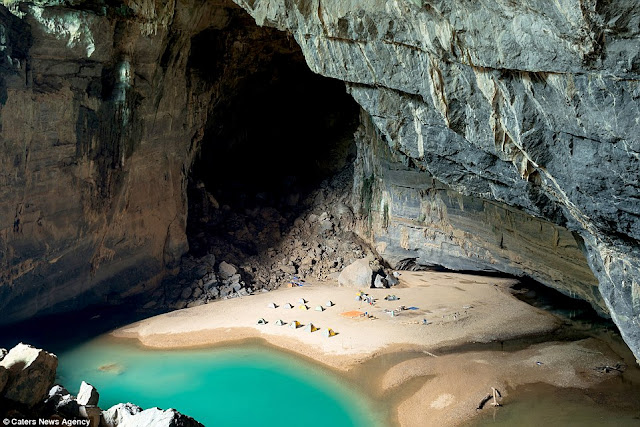 In 2008 while out on another food gathering trip, Ho Khanh found the mysterious opening again and studiously took note of the path on how to get there. In 2009 he led Howard, Deb and a team of professionals back to the cave for the first expedition to enter what would later become known as Hang Son Doong, or ‘Mountain River Cave’. 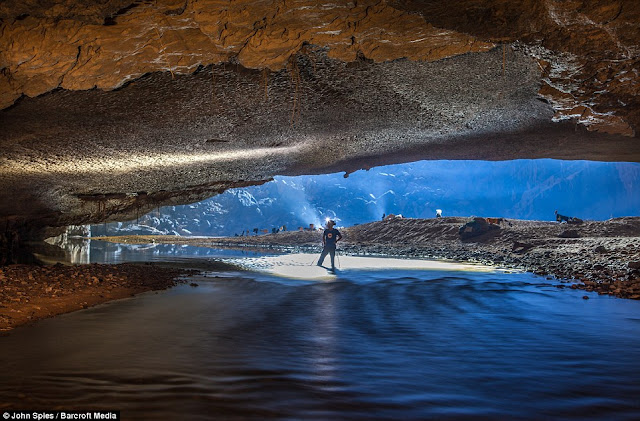 Sơn Đoòng Cave (Vietnamese: Hang Sơn Đoòng ', cave of the mountain river' or 'mountain cave of Đoòng [village]' in Vietnamese), is a solutional cave in Phong Nha-Kẻ Bàng National Park, Bố Trạch District, Quảng Bình Province, Vietnam. As of 2009 it has the largest known cave passage cross-section in the world, and is located near the Laos–Vietnam border. 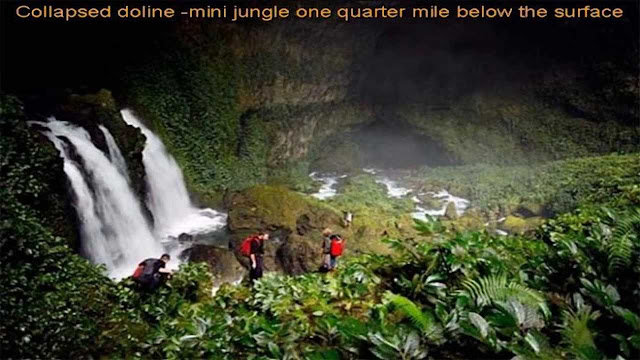 Inside is a large, fast-flowing subterranean river. It was formed in Carboniferous/Permian limestone.

British Cave Research Association conducted a survey in Phong Nha-Kẻ Bàng from 10 to 14 April 2009. Their progress was stopped by a large, 60-metre (200 ft) high calcite wall which was named the Great Wall of Vietnam. It was traversed in 2010 when the group reached the end of the cave passage. 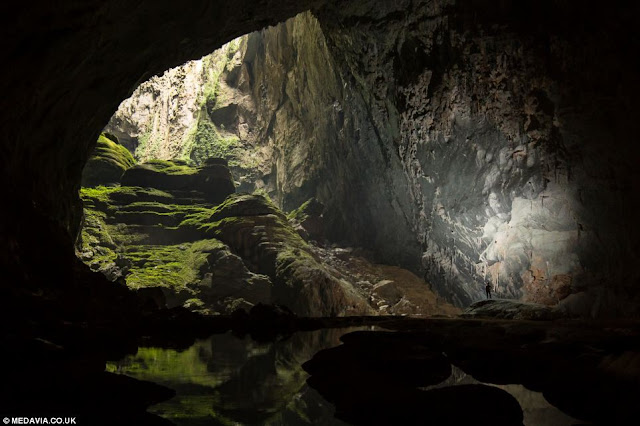 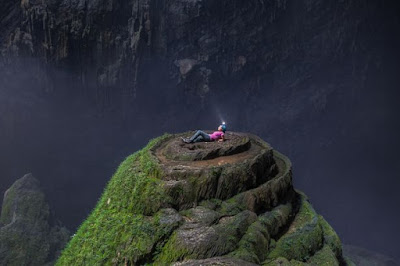 It is more than 5 kilometres (3.1 mi) long, 200 metres (660 ft) high and 150 metres (490 ft) wide. Its cross-section is believed to be twice that of the next largest passage, in Deer Cave, Malaysia. The cave runs for approximately 9 kilometres (5.6 mi) and is punctuated by 2 large dolines, which are areas where the ceiling of the cave has collapsed.

The dolines allow sunlight to enter sections of the cave which has resulted in the growth of trees as well as other vegetation. 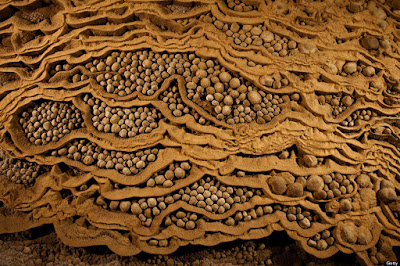 The cave contains some of the tallest known stalagmites in the world, which are up to 70 m tall. Behind the Great Wall of Vietnam were found cave pearls the size of baseballs, an abnormally large size.

In early August 2013, the first tourist group explored the cave on a guided tour at a cost of US$3,000 each. 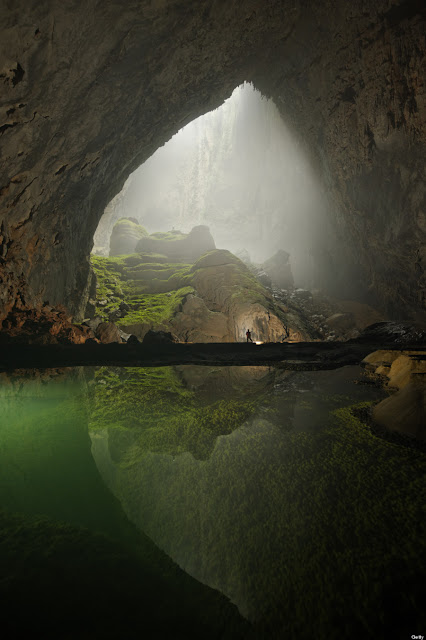 Permits are required to access the cave and are made available on a limited basis, with 800 permits available for the 2017 season, which runs from February to August. After August, heavy rains cause river levels to rise and make the cave largely inaccessible.

Plans are being considered to build a cable car through the cave.

The plans are opposed by environmentalists.

Meanwhile, other, more technological solutions can take you right there, right now, to experience (partially, of course) the sights and sounds.

Son Doong's caverns can comfortably fit a 747 airplane.  Or a global warmist's lear-jet. Explore them with these unbelievable 360° panoramas. You can look all around at a move of your mouse.

I shall pull a pint or two for you.