I was reminded of a Japanes cartoon film 'Howl's Moving Castle' the other day when someone told me that the Tavern had moved. I had actually noticed that my walk to the front door took just a little longer lately and had put it down to old age or that Hollywood cowboy practice of getting off one's horse a long way from the hanging tree one is appraoching. But no. The place itself is indeed moving. 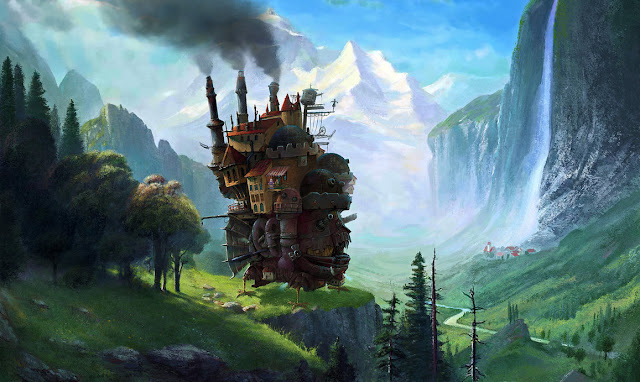 For those who like Japanese films, Howl's Moving Castle is actually a fantasy (not real, like the Tavern) novel by British author Diana Wynne Jones, first published in 1986; it won the Phoenix Award twenty years later, recognizing its rise from relative obscurity. In 2004 it was adapted as an animated film of the same name, which was nominated for the Academy Award for Best Animated Feature.

Howl's Moving Castle is the first novel in the series of books called the Howl Series. This series also includes Castle in the Air, published in 1990, and House of Many Ways, published in 2008.WorldCat reports that Howl's Moving Castle is the author's work most widely held in participating libraries, followed by its first sequel Castle in the Air.

For the idea Jones "very much" thanked "a boy in a school I was visiting", whose name she had noted but lost and forgotten. He had "asked me to write a book titled The Moving Castle."

But I digress. The Tavern has moved and along with it, it seems the entire continent of Oz, dragging Tasmania with it. It is causing some problems too. (Not the Tavern: where Oz actually is).

That map of Australia you have? It’s wrong.

And the whole country is going to officially relocate to correct the error.

The trouble is caused by plate tectonics, the shifting of big chunks of the earth’s surface. Australia happens to be on one of the fastest-moving pieces of all, and by geological standards it’s practically flying:

about 2.7 inches northward a year,

with a slight clockwise rotation as well.

People on the ground may not notice, but the Global Positioning System does. So Australia needs to adjust its longitudes and latitudes so they line up with GPS coordinates.

Four times in the last 50 years, Australia has reset the official coordinates of everything in the country to make them more accurate, correcting for other sources of error as well as continental drift.

The last adjustment, in 1994, was a doozy: about 656 feet, enough to give the delivery driver an alibi for ringing your neighbor’s doorbell instead of yours.

“You might think, ‘Where’s my pizza?’” said Dan Jaksa of Geoscience Australia, the government agency that worries about the coordinates. But something bigger is at stake, he said: intelligent transportation systems that rely on the finer accuracy that will come with the next generation of GPS technology. 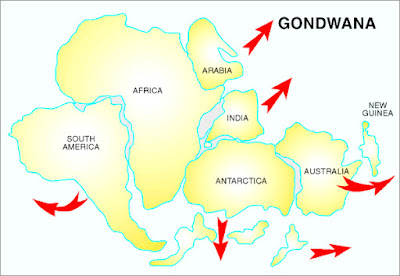 The next adjustment, due at the end of the year, will be about 1.5 meters (4.9 feet) — not really enough of a discrepancy to throw off consumer-grade satellite navigation systems, which are generally accurate only to within 15 to 30 feet.

But the next generation of GPS devices, using both satellites and ground stations, will be accurate to within an inch or less, and new technologies that depend on precise location will be important to Australia’s future.

The mining company Rio Tinto already has 71 immense ore trucks rumbling around iron mines in the remote Pilbara region of Western Australia that are guided remotely from an office in Perth, 930 miles away.

Pilots who patrol the Anna Creek cattle ranch in South Australia must pick out small water bores in the ranch’s 8,880 square miles of dry pasture, an area larger than Israel, where small errors can equate to big misses. “If we get a new pilot, he’s relying on GPS until he finds his way around landmarks,” said the ranch manager, Norm Sims.

Not to mention driverless cars. 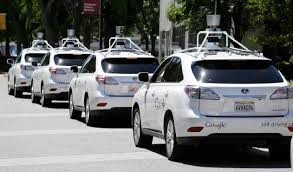 “you’re potentially on the wrong side of the road.”

One can see the problem. I can't have my customers being on the wrong side of the bar, now can I?

The local Uni is on to it (which also reminds me that I have some experiment going on over there on Monday: I am a 'subject' in a study of really really brainy older folk. I think I may be the only subject over 900 years old). They are seeking some likely lad or ladette to do a bit of research and get a PhD for their effort.  They advertised thus:

The ongoing motion of Australia's crust


is dominated by horizontal tectonic motion of approximately 6 cm/yr towards the northeast. This motion is relatively well-constrained by geodetic measurements including GPS, VLBI and SLR (Altamimi et al., 2012; Argus and Heflin, 1995; Tregoning et al., 2013).


Recent analysis of GPS data observed across the continent reveals a large portion of the Australian Plate (excluding the SE region) is deforming at < 0.2 mm/yr, making it one of the most stable crustal regions in the world (Tregoning et al., 2013).


Non-linear post-seismic relaxation is however clearly evident along the along the east coast of Australia, occurring in response to the 2004 Macquarie ridge earthquake. 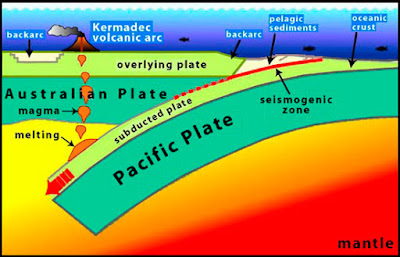 By contrast, large scale geophysical models and tectonic theory suggest the motion of the crust should be much closer to zero or slightly positive (Mitrovica and Milne, 2002; Tamisiea and Mitrovica, 2011). If the observations are correct this suggests the existence of an unknown large-scale geophysical phenomena; if the observations are biased they will in turn bias estimates of sea level change around the Australian coastline and suggest implications for such measurements globally.

This PhD project will examine a new and spatially extensive GPS data set for Australia, combined with data from new and long-term VLBI sites, to provide the most spatially comprehensive vertical velocity field for the continent.


Sensitivity of determined rates to analysis strategies will be explored in order to establish bounds on potential systematic errors. The GPS observations may be biased by errors in the realisation of Earth's centre of mass and/or scale, and global vertical motion estimates will be explored to determine the magnitude of such errors. Considering the measurement uncertainties, the observations of Australian continental vertical motion will be compared to geophysical models of crustal uplift, notably those that consider glacial isostatic adjustment. The project may be extended to apply the new GPS vertical velocities to sea level studies by correcting tide gauge measurements for vertical land movement.

Hey, don't gag. This is good stuff and should keet the Post Grad student interested and busy for a few years. And don't forget you are going to pay for it.

We always thought Tasmania was different, and now geology can explain why. New discoveries from Tasmania’s oldest rocks at Rocky Cape reveal that about 1.5 billion years ago Tasmania was not part of Australia, but wedged between two other continents. The geology of north-western Tasmania may have more to do with North America and Antarctica than it does with the rest of the Australian mainland.

All this has some bearing on the sea levels, which the Greenies and Global Warming fraudsters are always banging on about. It is fortunate that we have a free-lancer, unencumbered by  University Policies and Government (that is, taxpayer's ) funding in Jo Nova. She keeps an eye on such matters.

It’s hard to measure sea levels, because land often moves up and down too (which is known as “isostatic“). But Australia is stable tectonically, so the Australian sea-level record is more useful than most. It preserves the holocene era and the rises and falls, and correspond more with glacio-eustatic (ice equivalent) sea-level changes, rather than changes in land masses.

During the coldest days of the last ice age (known as a glacial maximum) 20,000 years ago, the oceans were 125m lower than today. They peaked at around 1 -2 meters higher than present between 9000 and 5000 years ago, and have been trending down ever since. Our current rate of 30cm/century (if that continues) hardly seems unprecedented or highly unusual.

And 10% of that is apparently due to an isostatic “adjustment”. Worse, if you look at the raw data, the rate is closer to zero. Hmm. Lucky we have all those adjustments eh?

Just so long as the Tavern does not slip down from its hiding place on the Mountain, I shall not worry.

Enjoy, drink up, and..... perhaps you will miss the formatting cock-up.