Watching the boats the other day reminded me of what I miss here in Oz. Something quintessentially British. We are an Island, both Tasmania and Oz itself; one a small island the size of Ireland, and the other an ginormous island the size of... well, Oz. Britain with its surround of sea is a 'Maritime Nation': it always was. Oz on the other hand is 'girt by sea', according to our National Anthem, and no-one really knows what that even means.

We here are a 'beach nation'. I don't get the sense that Australians even like the sea. Far too 'out there' and anyway we have an 'outback' which with its deserts and vastness is dangerous enough. The seas around Britain are dangerous too, but the solid folk for generations have faced it with courage and self sacrifice, voluntary action and a generous public spirit. How long that will last I don't know. It shows that face in the RNLI.

I miss the RNLI.

Go almost anywhere around the coast of Britain and you will find the familiar buildings by the shore with the 'Ramp'. Go in any pub and you will find a collection box for the lifeboats. It is Tradition. We don't have that in Oz.


We do have helicopters though, financed by Banks. I see them going off but they could be going anywhere, couldn't they. But it's not quite the same, is it? The choppers are 'hi-tek', but lack the 'elan'; the romance of the sea. And of course the chopper crews are 'professionals' whereas the lifeboat crews are volunteers. The guy down the road, who is 'called out'. We have the SES, for fires: Britain has its lifeboatmen. 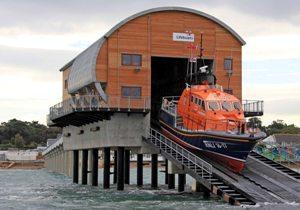 They have specialist boats that 'self-right' if they are capsized in high seas. Brilliant. And smaller, in-shore rubber duckies. They capsize too but seldom right themselves ! Spectacular when they do go over though !

But the big boat crews get fine training.

There is a British 'spirit' which is missing in Oz. Pretty well missing in Britain too, I hear. We worried about our 'National Character' a while back and decided we were 'Multicultural'. It was then and still is a nonsense. We are a predominantly British, white, post-colonial nation but seem to dislike that. The Brits here don't dislike it of course: its all the 'new Australians' who want to determine a different character but they can't decide what it is to be - poor european, asian, indian, chinese. We have them all here from all over. But they came because we were a British-extract nation, which has had its Britishness extracted like teeth, unfortunately. 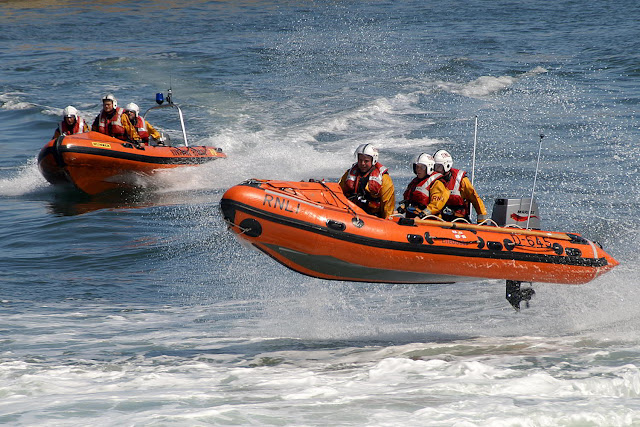 We need to get some of that old British spirit back. But I fear it is too late. We are no longer British. We are a mixed with American culture as are most western countries. We, as it does, have 'westernitis'; a complex of dis-eases, viruses, mental deficiencies, socialism, feminism, cowardices galore foisted upon us and infecting the 'Character'.

Anglophile Nations are capsizing. An angry alien sea is flooding in. Do we have the spirit and character still to self-right?