Whispers from the Crypt #6

Through the Ale pipes and up from the depths of the cellars and the Crypt came the whispered warnings.


"No wonder the relationship between the sexes and the hard-won morality attending such congress was one of the focal points of the attack by the Frankfurt School and their fellow travellers in politics, academe, and the media. The “transgressive” assault on Western culture had to start somewhere, and it started with the idea of the nuclear family. 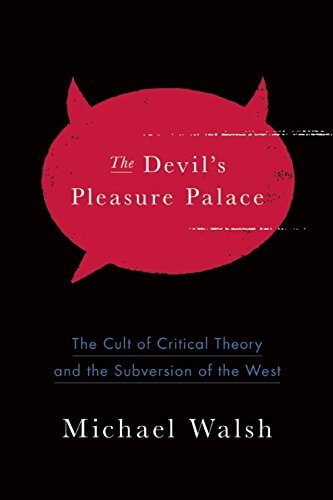 The first step was to mock it (in the 1960s and ’70s, the idealized “Father Knows Best” and “Leave It to Beaver” worlds of the pre-hippie era came in for particular scorn), then to accuse it of various crimes against humanity (particularly the newfound charge of “patriarchy”), then to illustrate that there were “really” other sorts of families, just as good, just as loving, just as valid at the traditional two-parent opposite-sex nest.

Finally, the nuclear family was simply dispensed with altogether, as behavior considered acceptable in the underclass, where sexual license had always just barely been suppressed, percolated up into the higher culture. The morals of those with nothing to lose and everything to gain from a dysfunctional social-welfare system bubbled upward from the black and white underclasses into the middle classes, who had been induced to feel guilty on behalf of the “underprivileged.” And those considered “marginal” or “disadvantaged” longer bore any responsibility for their

It is no accident that the new social acceptance of out-of-wedlock pregnancies coincided with the rise of both bastardy and the abortion culture, the growing demand for contraception, and, later on, gay rights.

Once Pandora’s Box was opened, all sort of things flew out, some of them at first seemingly contradictory, but all related by the very fact of their confinement in the Box.

The Box had stayed closed for a reason, but under pressure from Critical Theory, it had to be opened."

http://pjmedia.com/michaelwalsh/2015/09/19/a-long-slow-ride-to-hell-contd/?singlepage=true
Posted by Amfortas at 4:25 PM