Just a little late, by a few days. But it cannot be let pass without acknowledgement.

Arguably the largest and most critical air battle in history, the

will ever remain in the minds and hearts of Treuwe Englishmen. 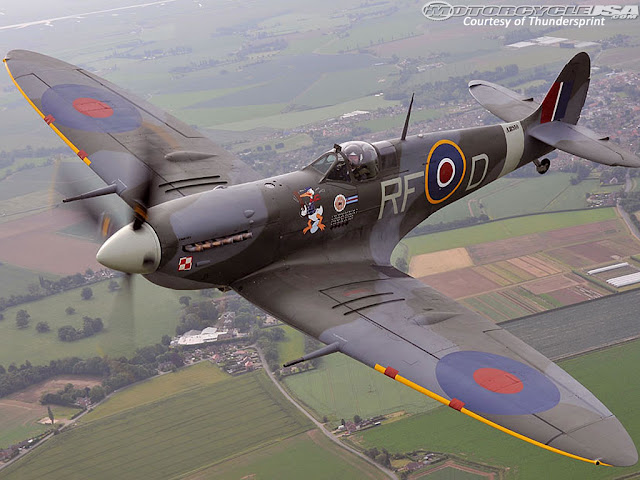 It was 75 years ago on September 15th that the end came, and Victory, after the 'Hardest Day' of fighting that 'The Few' had to do. The survival of Great Britain was at stake. Had this great battle not been won the modern world would be very different today.

Never before has so much
been owed by so many
to so few.


Here are some sights and sounds of the 16 Spitfires that gathered at the famous Biggin Hill airfield the other day.


Three different views of the day, each with its own special moments.

But for a really special moment, this last will part your hair.


'Scuse the language. I think he was trying to express what the German pilots very probably said.

I have a special place in my mind and memory for Biggin Hill, having ridden my steed on its grass and thereupon chosen the cream of lads to become Knights. (Someone has to keep it).