It was James Higham that was bemoaning the sorry state of tea in Britain that started it off.  He should try the tea in the Tavern. Local stuff.  Yes, Tasmania grows its own. OK, we do also have the Indian stuff  - you know of Mr Dilmah of course - and from elsewhere around the floors of the third world. And by the Lord Harry do we need a nice sit down and a cuppa these days. Not that the ale is not the best but with my most favoured member of staff lying abed as a patient in intensive care, the stress on us can only be dealt with with patience and a cuppa. 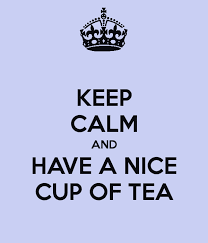 I wish I could be there to blow on her saucer-full and drip feed it to her.


Dissatisfied man here, not because of the slowness of Brexit or the Deep State – those are just life details – but because of what your humble blogger perceives as the [real or imagined] deterioration in quality of the tea we can buy.  I can vouch for our water here – the coffee is superb.

Hmmmmm. The British are losing their heritage. Tea. All this coffee bizzo. No-one asked...

"What could possibly go wrong"

So let me tell him about ours. Or rather let Mr Brown and Elaine Reeves tell him.

Well we do make the best whisky in the world. The whiskey-making chaps say so and gave us the gong last year. Yes. Really. So why not tea, too.?

Gordon Brown had the Dry Idea first and can start us off in his humble way and then Elaine can laud his achievement.

Tea from the world's most southern tea fields


Dry Ideas is Australias oldest commercial grower and processor of Japanese green tea having imported the plants from Japan in 1990. Our property, in the Huon region in southern Tasmania.....

Just down the road from the Tavern aways. Almost a neighbour ....

The young shoots are plucked when they are only 2 weeks old, at this stage they are tender, succulent and packed with wonderful flavour. In order to maintain the flavour the leaf is processed within a few hours of picking and then gently dried in the special system developed by Dry Ideas. Dry ideas produces both black and green tea. 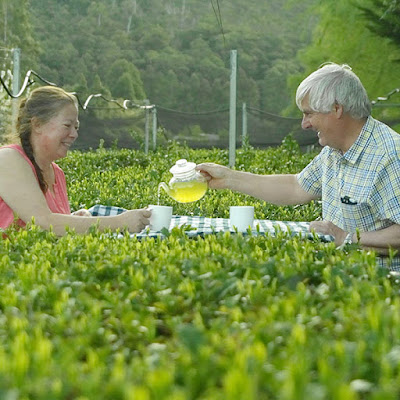 When brewed correctly our green tea has a fresh clean taste and is of low astringency with no bitter notes. Over-heating the water and over-brewing can result in bitterness which can be very off putting. Our jars provide instructions to help you brew the perfect cup.


Green tea is a delicious and healthy drink to enjoy any time. In summer I keep a jug of refreshing iced green tea in the fridge.


Our black tea is harvested in a similar manner to the green tea, however after harvest it is left a few days then it is crushed and allowed to oxidise (ferment) prior to drying in specially constructed driers. Our black tea has a rich flavour with aroma and flavour reminiscent of roasted nuts. As there is little astringency this is a lovely tea to drink black as milk is not needed to bind to tannins.


No pesticides are used in the production of our tea and we are certified pesticide free. Our irrigation is pumped by solar energy and are driers are solar powered to reduce our carbon footprint.

But less of the dry prose. Let Elaine sing his praises.


It suits them to a tea

GORDON Brown was in right at the start of tea growing in Tasmania. Twenty-seven years ago the horticultural scientist was working for the state department of agriculture when it decided to look at the potential of growing wasabi, ginseng and tea in Tasmania.

Gordon, who specialised in post-harvest horticulture, was tasked with investigating the process of turning the fresh green leaves of camellia sinensis into a reviving brew. Meanwhile, another person organised the propagation of plants and established five trial sites, only one of which met with any success. 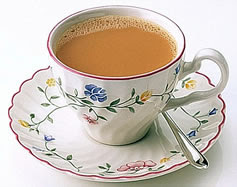 Four years into the project, representatives of several Japanese companies desperate for new sources of green tea were invited to visit.

It did not work well.

The Victorian government offered free land and one company established 70ha plantation there. Another executive had a daughter living in Sydney, so chose to set up in NSW. Another chose WA. Not one chose Tasmania.


When the project was abandoned, Gordon collected all the surviving plants and planted them at his home in Allens Rivulet, near Hobart. 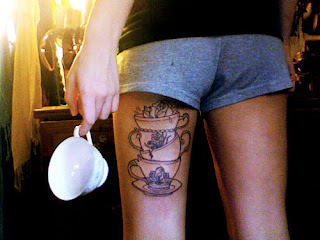 He and wife Jane formed the company Dry Ideas to run alongside his research business Scientific Horticulture. Their green, black and oolong tea is branded Tassie-T.

“Even though I’ve been involved in horticulture all of my life, this is the first crop I’ve ever felt like growing,” says Gordon.

Their scale of growing is minuscule. A small farm (relatively speaking) in Darjeeling in India will support a village of 6000 people with employment for 2000. Australian company Nerada

in Queensland uses big equipment to harvest 4000kg of leaves an hour on a plantation of 400ha.

The Browns only have 4000 bushes occupying less than half a hectare.

In Darjeeling women pluck the leaves and toss it into a bag on their back. “I won’t do that,” says Jane. 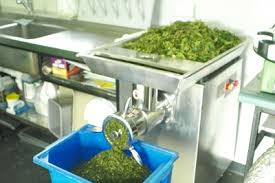 Mechanisation is required, but conventional equipment is not suited to Dry Ideas’ scale of operation, and there has been some interesting lateral thinking and adaptation involved.

“Besides,” says Gordon. “I like to have equipment that you actually buy from the local shop.”

A ride-on lawnmower has been adapted. When harvesting tea, just the ride function is used. On the front is the cutting deck from another mower. It is suspended by a crane so the height can be raised or lowered. Beside the deck is a grass catcher, where the tea leaves collect.

From mid-November to April the Browns harvest 28 bins of leaves a fortnight, 20 of which are processed for green tea, and eight for black tea. 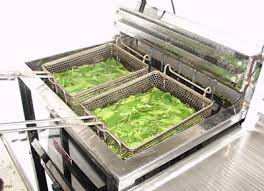 For green tea, oxidation must be prevented. This usually is done by steaming or cooking in hot pans.

But steam requires a boiler, which requires a licence and an annual inspection, so Gordon and Jane do something different — they blanch the tea leaves at 90C for three minutes in a commercial deep fryer (intended for fish and chips).

This step is not required for black tea, for which oxidation is mandatory. After it has wilted a little, the next usual step for black tea is to put it in a rotorvane, which crushes and tears the leaves.

But instead of a rotorvane, Gordon uses a meat mincer. This breaks up the cell structure to release flavour. Black tea goes through three times and green tea once.

Once the tea is dried, the 90kg of fresh leaves picked at a time become 28kg of tea leaves.

At Dry Ideas they pick the leaves at a more mature stage. Gordon says these leaves have more sugar and are less astringent.

“Our tea is a smooth, almost sweet drink, with a beautiful aroma that comes from the older leaves,” said Gordon.

You will find Dry Ideas teas at the Wursthaus and Bruny Island Cheese shops. Most tea is sold to the Art of Tea. Their Tasmanian Black Tea and Tasmanian Green labels contain tea from Dry Ideas.

The ginseng and wasabi also narrowed down to single growers — ones not involved in the original trials. Ziggy Pyka 41 Degrees South grows ginseng near Deloraine, and Stephen Welsh’s Shima Wasabi is near Devonport.

My old horse would take half a year to go the 14500kms to the Southern Gal's bedside, but I would dearly love to sit by it and share a cuppa with her.

But James could look up Gordon and send for a packet of best Tassie tea.


(And don't forget to look into the Southern Gal's hospital room to see how she is getting along. There are regular updates.)