In a record -breaking and making time, at 2.31 am, the first Sydney to Hobart Yacht Race boat across the line in Hobart passed the mouth of my cave in the dark. Bugger. I could not get a snap. But I did see the mast lights and the lights of the modest fleet of small boats that greeted the elated crew. 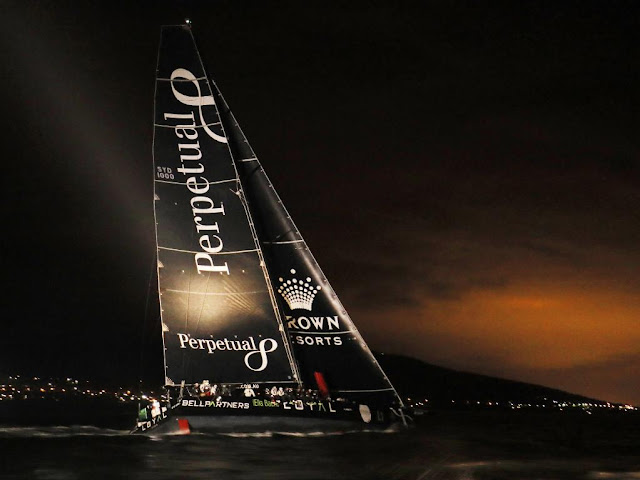 This morning as the rest of the fleet makes its way in, it is dank and drizzly after a week of really sunny days. And while those boats will share the sad dribbling in, at least they can expect a hooley of all hoolies over the next few days as Hobart puts on its famed 'Taste of Tasmania' and a new Year's fireworks display. Perhaps I shall get a better view of that.

It will be a cross-Tasman celebration.

Under the cloak of darkness, Perpetual LOYAL crossed the line off Hobart at 2:31am, breaking the race record by 4 hours, 51 minutes and 52 seconds. 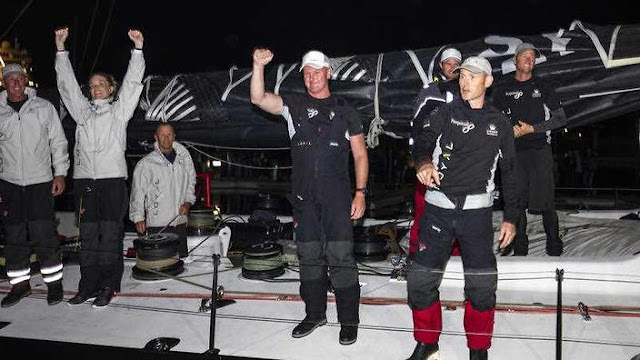 "I don't think anyone expected us to do well in this race, the bookies certainly didn't," skipper Anthony Bell told waiting media and well-wishers.

It is likely that Giacomo will take the Handicap honours too.
Confirmed. It Did.

LOYAL took just over 1 day, 13 hours and 31 minutes to win line honours and snatch the record set in 2012 by Wild Oats XI.

It made its way up the Derwent followed by a (small) fleet of media and spectator boats, while crowds gathered at Constitution Dock to watch history unfold in the great race.

"It's amazing! It looks like we're going to have all three - first out of the heads, line honours and race records, so it's an amazing achievement," skipper Anthony Bell's wife Kelly said as the supermaxi sailed into Hobart.

After failing to finish the race the previous two years — suffering rudder damage in 2015 and hitting an unidentified object in 2014 — Perpetual LOYAL took the lead when the race leader, Wild Oats XI, pulled out on Tuesday morning.

Wild Oats XI, an eight-time winner, was a shock retirement from the blue water classic 20 hours into the race with a broken hydraulic ram, immobilising its keel.
It limped into safe harbour in Eden - just hours before the winner crossed the line -  on the New South Wales coast after disaster struck Tuesday morning.

The crew's clothing was in Hobart and there was no room at any Inn for them, so they were sent, ignominiously by bus back to Sydney.

But perhaps the real winner is ....

With his two teenage sons among the crew, Jim Delegat has secured second place line honours in the Sydney to Hobart yacht race with his boat Giacomo. 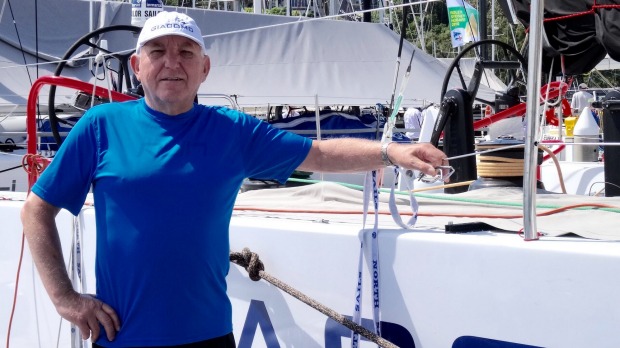 A New Zealand father-and-sons trio has taken out second place line honours in the Sydney to Hobart yacht race.

The Volvo 70 Giacomo reached the southern capital about 4.30am (AEDT) on Wednesday, almost two hours behind winner Perpetual LOYAL, but still well ahead of the previous race record. 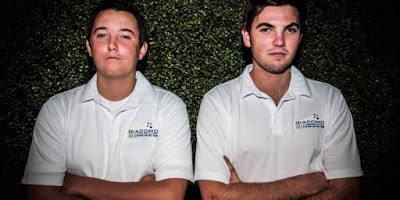 Owner and skipper Jim Delegat praised his sons Nikolas, 19, and James, 18, who were among the crew of 14.

"This type of yachting is a boyhood dream come true," Jim said after pulling into Hobart's Constitution Dock.

"(James is) quite an experienced sailor for his age and he's fearless. They're very fearless and talented young men."

The senior Delegat, who's found success in the global wine industry, said reading the weather when setting off from Sydney proved instrumental in the race result.

"The key really is we picked a good plan, a good strategy, we really thought about the weather and we looked at where we had to be in the first 18 hours," the skipper said.

"We figured that the first 18 to 20 hours was going to win the race for us and we went out far, a little wider and that enabled us to take a couple of jibes later on at the top of Tasmania.

"The weather is really what it was about."

Despite coming within eight nautical miles of LOYAL, Jim said they were always out of reach.

"It was good to know we were in the play but I didn't ever think we'd overhaul them."

The boat finished in one day, 15 hours, 27 minutes and five seconds, just a couple of minutes ahead of third-placed Hong Kong supermaxi Scallywag.

We can also tip a hat and wait for a passing parade of boats yet to arrive. 88 set out from Sydney and few retired, so there are many yet to make their way up the D'Entrecasteaux, mingling with the 40 odd that set off from the Tamar River in the north of Tasmania (coming down the east coast) and the couple of dozen that also set off from Port Philip Bay yesterday. They will be coming down the wild west coast of Tassie and across the bottom.

The harbour will again be overflowing with boats and masts. A fitting backdrop for the new years eve partying.

There is no place quite like Hobart on NYE.