Lies, deceit and the Prophet Obama

There have been men during my career as a Knight that I would follow with a glad heart. Few, it is true. Many more had a little or far too much deceit in them to be fully trusted. In modern military-'legal'  parlance, we have the Geneva Convention regarding acts in battle, and the very clear and firm direction that came from the trial of enemies after WW2.

"Only following orders" is not an excuse.

We follow from duty but have a duty to consider. We follow some to see what cock-up they will make next. We stop short of following hucksters over the cliff. 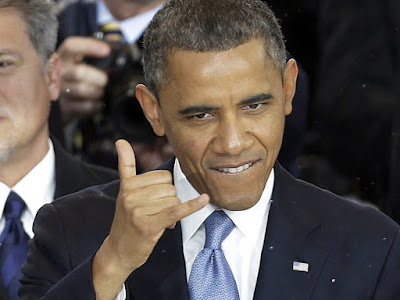 A soldier must obey ONLY orders that are moral and legal. It is still a minefield but the soldier himself has to make the conscience judgement and if necessary refuse to obey orders.  Most of his leaders will be in the same boat as he and they too take orders from above. Each must weigh them.

But what of the Leader who is immoral? A Liar?  Does a soldier, or any other citizen have a duty to disobey?

In my Tavern the answer is 'YES'. Note - DUTY to disobey.

But Presidents and Prime Ministers, the Ultimate National Leaders have access to vast and powerful instruments of persuasion, distortion, propaganda and the directing of 'agitprop'. The media can all too easily be bought and become the tool for agitprop. Indeed, elections can be bought. Liars can all too easily become the wielders of immense power.

Many in the Tavern have pointed out that Lies are the stock in trade of the politician. I cannor argue. It seems that way. But some politicians raise 'The Lie' to such prominence that it is difficult to distinguish them (the Politician) from

the Prince of Lies Hisself.

So we have as 'Leader of the Free World, as some ABC hack described President Obama the other day, taking to the podium with his carefully crafted lies and distortions in yet another and another exercise of repetitious dissembling, manipulating, distorting and exhorting of us to believe downright lies under the guise of 'tolerance'. 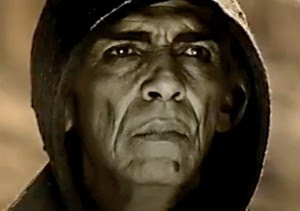 Take this chap for instance. Please.

He believes it. That's how he keeps a straight face. The lady sees clearly that the man's mind is addled and cannot be reached anymore. He is deep in the Pit.

You can believe that he did not find that idea by himself. And believe too that he is not an isolated idiot. He is the 'mainstream' for what passes for thinking in the US Media.

Damon Whitsel had a few things to say about it.

“I have seen so many comments from liberals in denial regarding the ISIS terrorist attack in California, so this is going to be my very best attempt at untangling this yarn ball of lies and bullsh*t as best I can.

First, the majority of them have immediately brought up Robert Dear, the guy who shot three people in Planned Parenthood, to make a point that Christian terrorists are just as bad and Muslim terrorists are unfairly scrutinized. When’s the last time you heard of a terrorist attack targeting abortion clinics? I looked it up. Since 1990, there have been 7 fatal attacks on abortion clinics or abortion doctors, resulting in 11 fatalities. ELEVEN. Just to clarify, that’s less in 25 years than Syed Farook and Tashfeed Malik killed in the span of 5 minutes.


Second, bringing up other white, male mass shooters in the United States to somehow prove this is just as big a problem as Islamic terrorism and ISIS. Why white males? Why not mention the Navy Yard shooter or the Virginia Tech shooter? As far as I’m aware, there is no all encompassing ideology driving white males to go on rampage killings. There’s no single motive or common denominator, unlike Islamic terrorism, where there is ALWAYS a single motive and common denominator: Islam. I looked up the 30 worst mass shootings in US history. 10 of them were carried out by non white males. And those 30 rampage shootings resulted in a total of 382 deaths. That’s less than 1/4 of fatalities caused by Islamic terrorist attacks in November 2015 ALONE.

Thirdly, many are saying there have been 355 mass shootings in America this year, with only 2% by Muslims being responsible. Except this statistic from “Mass Shooting Tracker” has been proven FALSE. 42% of these so called “shootings” resulted in zero deaths and 29% resulted in 1 death. That’s 71% of these supposed “mass shootings” that involved 1 death or less. So if you’re parroting this statistic, you’re essentially lumping a random shooting where one person was injured in the leg with a pre-planned, ISIS terror attack on US soil. Congratulations. 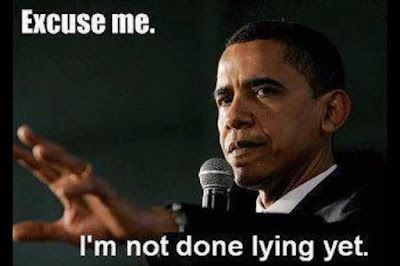 Fourthly, bringing up PAST “Christian atrocities” to somehow condone or justify the Islamic terror threat we face TODAY. I tallied up the body count. ISIS alone has killed over 6,000 innocent people just this year. Adding up the predictable “Christian atrocities” I’ve heard (even if they were NOT motivated by Christianity at all): Timothy McVeigh, the KKK, the IRA, and the Spanish Inquisition combined doesn’t even come close to the ISIS body count just this year. And that’s just ISIS. That doesn’t include Boko Haram, Abu Sayyef, Al Qaeda, Al Nusra, Al Shabaab, the Taliban, Hamas, Hezbollah, and the other Islamic terrorist organizations that make up the overwhelming majority of named Islamic terror groups worldwide.

Fifthly, of 335 official terrorist attacks listed in 2015 worldwide, 310 of them were carried out by either an Islamic terrorist group or a lone wolf Muslim. That’s over 92%. Case closed.

Seriously liberals, I will play this “Christians vs. Muslims” numbers game all day long.

You want to point out Hitler as Christian, even though he personally hated Christianity and his motives were far from religious?

I’ll still give you that and raise you one Islamic massacre of 70 million Hindus on the Indian subcontinent.

You want to bring up the Crusades, a defensive war by Europe that was meant to stop Islamic military expansion? I’ll still give you that and raise you one Armenian genocide by the Ottoman Turks.

You want to bring up the Inquisition or the Salem Witch Trials or every abortion clinic bombing in the history of the world? 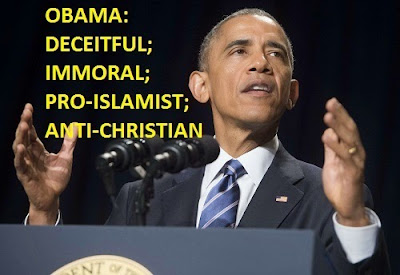 I’ll give you all of those and raise you one massacre of 700 beheaded Banu Qurayza Jews by Mohammad the Prophet himself in 627 AD.

So liberals, keep harping on about Islamophobia, and “Christian atrocities” that pale in comparison to the atrocities we face TODAY. It’s not going to stop the Islamic jihadists from wanting to kill you, and it’s not going to stop more ISIS attacks from happening, as much as you desperately want to point the finger at your own fellow Americans instead!”

It is in the very Koran that we find the central theme is The Lie.

This is what singles out Islam from every other 'religion', including pagan rites, in history.

Islam is directly opposed to Truth.

It is Satan's own 'religion'.

And today, Obama is his prophet.

Huckster? No. Far more than that.

But simple name-calling will not do, here in the Tavern, even when accurate. We need to educate a little too. In Vino Veritas and all that.

So sit and take a lesson. In Jihad.

Let us 'parse' an Obama speech.

I shall leave you to listen again as much as you want until something sinks in.

I can keep the ale flowing all night. 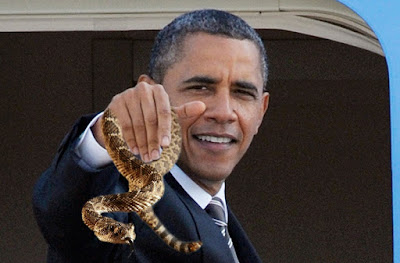 If you disagree, we will listen to you. Heck, even his A-G says she will prosecute anyone who disrespects Islam so you may have her on your table.