Updated: the day after.

For our American friends as they imbibe Grace in the US Room.


We hold these truths to be self-evident,

that all men are created equal,

that they are endowed by their Creator with certain unalienable Rights, that among these are

Life, Liberty and the pursuit of Happiness.--

That to secure these rights, Governments are instituted among Men, deriving their just powers from
the consent of the governed, --

That whenever any Form of Government becomes destructive of these ends, it is the Right of the People to

alter or to abolish it,

and to institute new Government, laying its foundation on such principles and organizing its powers in such form, as to them shall seem most likely to effect their
Safety and Happiness.

Given that day, Under God.
We will drink to that. 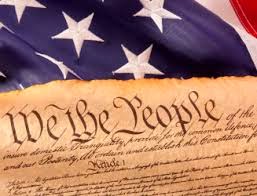 OK. Now the 4th of July is over, let’s just have a look at this ‘ere “War of Independence.”

The great Daniel Hannan had a few words, which I will only briefly put here lest a riot breaks out. Again !!


It’s a stirring story, but it’s false in every aspect. Neither Paul Revere nor anyone else could have shouted “The British are coming!” in 1775: The entire population of Massachusetts was British. (What the plucky Boston silversmith actually yelled was “The regulars are out!”)

The overall level of taxation in the colonies in 1775 was barely a fiftieth of what it was in Great Britain, and the levies to which Americans had objected had been repealed before the fighting began.

The Boston Tea Party, which sparked the violence, was brought about by a lowering of the duty on tea. George Washington wasn’t there when the Declaration of Independence was signed. The flag that the Patriots marched under was not, except on very rare occasions, the stars-and-stripes (which probably wasn’t sewn by Betsy Ross) but the Grand Union flag. 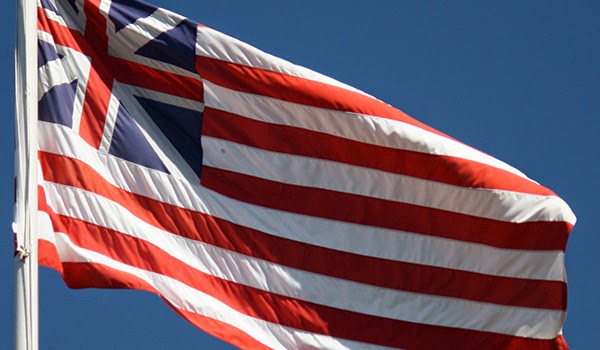 Known also as the Congress Flag and the Continental Colors, the Grand Union Flag had the 13 red and white stripes as they are today, but in the top left-hand quarter, instead of stars, it showed Britain’s flag, made up of the St. George’s Cross for England and the St. Andrew’s Cross for Scotland. It was the banner that the Continental Congress met under, the banner that flew over their chamber when they approved the Declaration of Independence. It was the banner that George Washington fought beneath, that John Paul Jones hoisted on the first ship of the United States Navy.

That it has been almost excised from America’s collective memory tells us a great deal about how the story of the Revolution was afterward edited.

Pax Dei, Britannica and Americana.
Posted by Amfortas at 12:14 AM

Email ThisBlogThis!Share to TwitterShare to FacebookShare to Pinterest
Labels: US Room