Pride in what one does can be justifiable - but can be misused. Hubris most often leads to grief. Caution can be thrown to and by the wind.  Most men like adventure, risk, testing of themselves, even vicariously. Many seek it; many get the chance to experience it; and some may even get the opportunity in their work. Others find it in dangerous sports.  But knowledge, skill and discipline are essential in all. Possibly, arguably, the best 'work' in which the opportunity arises are the Military forces, police, rescue and....... firefighting.

Some chaps came by speaking passable enough English to be understood and showed us what they did. They were justifiably proud of their achievements. 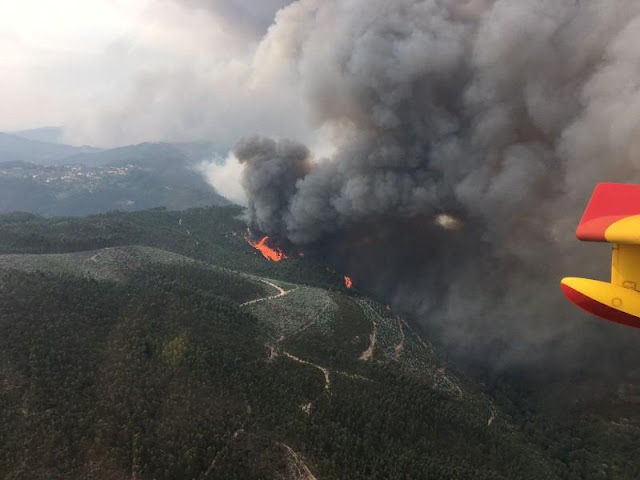 They were Spanish. Fine fellows who took great pride in their work. They were all members of the Spanish Air Force's 43 Group. They had a lot of which to be proud. 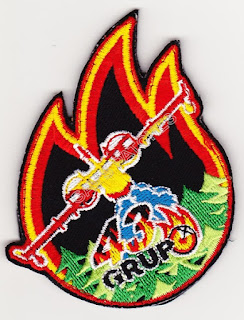 They were formed as a Unit to fight the frequent fires that hot countries experience. Being as Oz is even more prone to forest and bush fire, you would think we would follow suit and have an Air Force Unit to do the same work here.

But we do not.

But pride comes before a fall they say, and adventurous chaps (and the occasional chapess) sometimes take risks that are not essential. We shall come to that later.

But first the Pride.

43rd Grupo (Group) Firefighting Squadron of the Spanish Air Force was commissioned in 1971 when the first  of 14 Canadair CL-215's arrived in the country.

During four decades and 150,000 flight hours, the Squadron has suffered 9 fatal accidents, with a total of 15 casualties and the loss of 25% of its fleet. 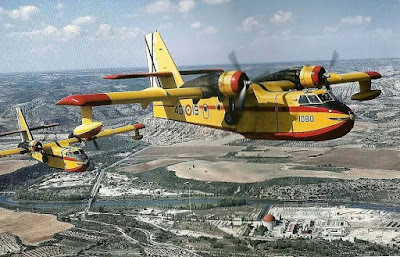 The 43 Group Unit has two planes with their crews ready to depart with a very short notice 365 days a year at Torrejón Air Base.

However, the Summer Campaign (between June 15 and September 30) is the period when the unit makes the most effort and maintains a minimum of 70% of the aircraft available, with their crews ready to act in any risk areas of the Peninsula and Balearic and Canary Islands.

The firefighting mission is undoubtedly one of the most hazardous for pilots.


The flights are at very low altitude, the smoke reduces visibility, winds cause turbulence. There is often a large concentration of aircraft on the same area, the topography of the area is generally abrupt, and then there is the fire proper. These are risk factors that 43 Group crews face and assume through a continuous training plan.

They can and do take pride in their work.

They are keen to show it off. It attracts the adventurous and inspires the general population. 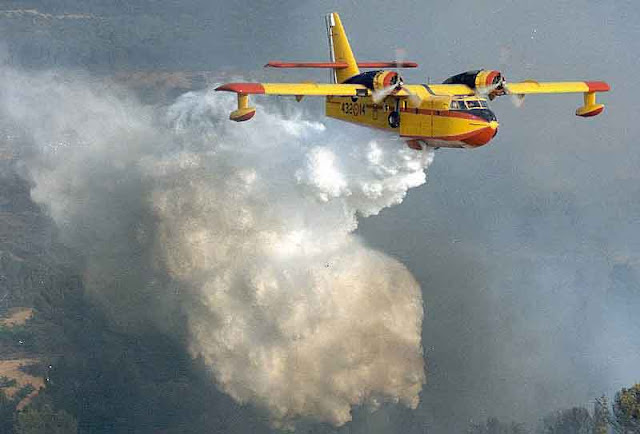 Noteworthy was also the performance on August 11 in which 13 aircraft flew at the same  time fighting fire in different regions of Spain.

But things can go wrong, as any firefighting force can find out.

Another risk factor are man-made ground objects, like power lines. They are the most difficult things to see even when keeping a sharp lookout.


The aircraft fly at close quarters to civilian populations to pick up water, and bravado can cause things to go awry. The air is fickle, especially when driven by huge fires that cause updrafts and eddies. And so is the sea from which water can be scooped. Waves and wind can play havok with safety margins.

And here is where hubris brings even courageous fellows undone.

Such skilled fellows sometimes fall to the temptation to show off. Not that this next example is 43 Grupo. I am not quite sure who and where this is, but close to Spain m'thinks.

So our intrepid visitors had a message: >> Go to your adventures, but be careful.

Drink up but leave eight hours between bottle and throttle.