Put aside for a moment that violence against anyone is generally frowned upon, and let us consider Violence Against Women. Or rather their rights.

No-one ever mentions it. It is hidden. It happens to so many women that it should be a scandal occupying a billion column inches and hours on the TV. And adverts. Yet no-one even mentions it.

How dare anyone violate their rights.

Thank goodness for the United Nations. The highly efficient and modestly paid officials, committee members, bureaucrats, 'Ambassadors' of 'causes' as well as Ambassadors of Nations, have been pulling their fingers out lately.  They see what is going on.
The UN has wriiten several reports about Oz and our way of acknowledging 'Rights', and we have come under severe criticism for the way we have stopped Refugees from drowning themselves.  Some of those were women.  Quite a few in fact.

And because we have reduced the number of children (anyone under 25 it seems) illegally here and therefore in custody while we sort out carefully where to place them, from well over 1500 to just over 200. It seems we are to be criticised not only for not encouraging more to be sent to sea from other countries in leaky boats but also for trying to avoid having any in custody at all.

And of course their mothers who are separated from their husbands / boyfriends and housed in the community with their children while the men are behind barbed wire. It is violence against women's rights !

I rather agree, personally.

They have the right to be treated equally, and enjoy the same privileges as the men.

But we in Oz simply ignore those women's rights.

They (the U.N.) even sponsored a young, white, English woman actress, whose entire enormously highly paid life has been devoted to the cause of portraying a teenage witch in films, to get men onside in recognising the problems that women face. She is so wealthy that no-man would dare to offer to 'privilege' her, which enables her to date a modestly hunky footy-thug and live in hope.
She is fortunate not to fancy other women and date one of them. It seems that around 70% of  domestic violence is initiated by women, according to Harvard University.  She actually stands less chance of being thumped by a footy-thug than by a fellow lady actress.  No doubt she will raise that unequal discrimination at the United nations.

With their (the U.N.s) practice in investigation, using the internationally recognised, worlds-best-practice  advocacy methodology, the U.N, saviours have turned their attention on the hidden horror of violence against women's rights. And they have a result.

Anne Bayefsky delivered the news and read it out while I poured her a drink. Heck, I am never violent toward women, let alone against them ! Their rights are just the same as mine and any customer's. 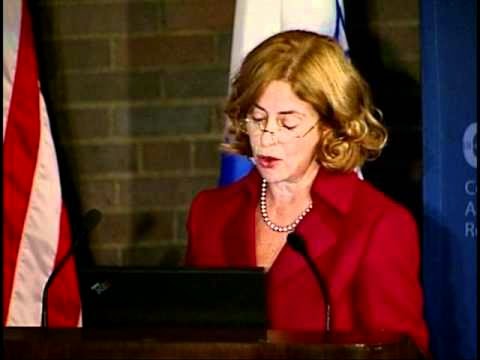 Top violator of women's rights around the world?

Guess who is the number one violator of women’s rights in the world today?

At least that is the view of the UN’s top women’s rights body, the Commission on the Status of Women (CSW).

CSW ended its annual meeting (yesterday Friday, March 20 )by condemning only one of the 193 UN member states for violating women’s rights – Israel.

Not Syria. Where government forces routinely employ rape and other sexual violence and torture against women as a tactic of war. Where in 2014 the Assad regime starved, tortured and killed at least 24,000 civilians, and three million people – mostly women and children – are refugees.

Not Saudi Arabia. Where women are physically punished if not wearing compulsory clothing, are almost entirely excluded from political life, cannot drive, cannot travel without a male relative, receive half the inheritance of their brothers, and where their testimony counts for half that of a man’s.

Not Sudan.  Where domestic violence is not prohibited. There is no minimum age for “consensual” sex.  The legal age of marriage for girls is ten.

88% of women under 50 have undergone female genital mutilation. And women are denied equal rights in marriage, inheritance and divorce.

Not Iran. Where every woman who registered as a presidential candidate in the last election was disqualified.  “Adultery” is punishable by death by stoning.  Women who fight back against rapists and kill their attackers are executed. The constitution bars female judges. And women must obtain the consent of their husbands to work outside the home.

In fact, not only is there no possibility that the UN Commission on the Status of Women will criticize Iran, Iran is an elected member of CSW.

Sudan – whose president has been indicted for genocide and crimes against humanity – is currently a CSW Vice-Chair.

The 2015 CSW resolution on Israel will repeat, as it does every year, that “the Israeli occupation remains the major obstacle for Palestinian women with regard to their advancement, self-reliance and integration in the development of their society…”

Not religious edicts and traditions.

Not a culture of violence.

Not an educational system steeped in rejection of peaceful coexistence and of tolerance. 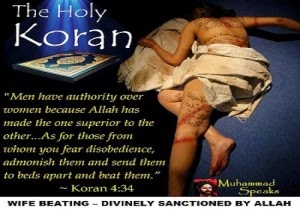 That fact comes from one of only nine official documents produced by the UN for the 2015 annual CSW meeting.  Eight were procedural or general in nature, and one was entitled:  “Situation of and assistance to Palestinian women.”

By comparison, there was no report on Chinese women and girls, half a billion people without elementary civil and political rights, who still face the prospect of forced abortion and sterilization. 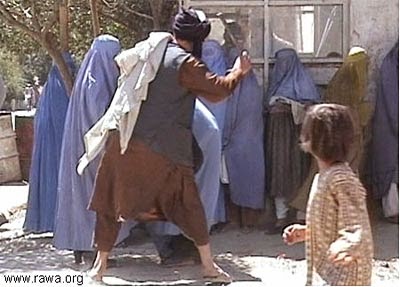 There was no report on women in Somalia, where female genital mutilation is ubiquitous, sexual violence is rampant, and women are systematically subordinate to men.

There was no report on women in Yemen, where the penal code goes easy on the killers of women for “immodest” or “defiant” behavior, there is no minimum age for “marriage,” and women have no equal rights to property, employment, credit, pay, education, or housing.

And the women’s rights scene is not the only liberal sham at the UN.

The UN’s top human rights body, the Human Rights Council (HRC), will wrap up a major session next week by adopting a minimum of

four times as many resolutions slamming Israel than any other country on earth.

Condemnations of Israel will include a resolution demanding Israel immediately give back the Golan Heights to Syria – the place where Syrians run from their own government for life-saving Israeli medical care.

Tallying all the resolutions and decisions condemning a specific state over the history of the Human Rights Council, one-third has been directed at Israel alone.

Remember Ukraine? In the past year, there have been at least 5,500 confirmed killed – with recent reports from Germany suggesting the total may be as high as 50,000 dead – in addition to a million people displaced.  But the score is 67 Council resolutions and decisions attacking Israel and zero on Russia.

So who is calling the shots at the Council?

A closer look at its members reveals human rights luminaries like Qatar – that bankrolls the terrorist organization Hamas – along with China, Pakistan, Russia and Saudi Arabia.

It is impossible to add this all up and conclude that the UN’s treatment of Israel is anything but wildly discriminatory.

In the twisted language of UN rights, the means is the verbiage of equality, while the end game is prejudice. 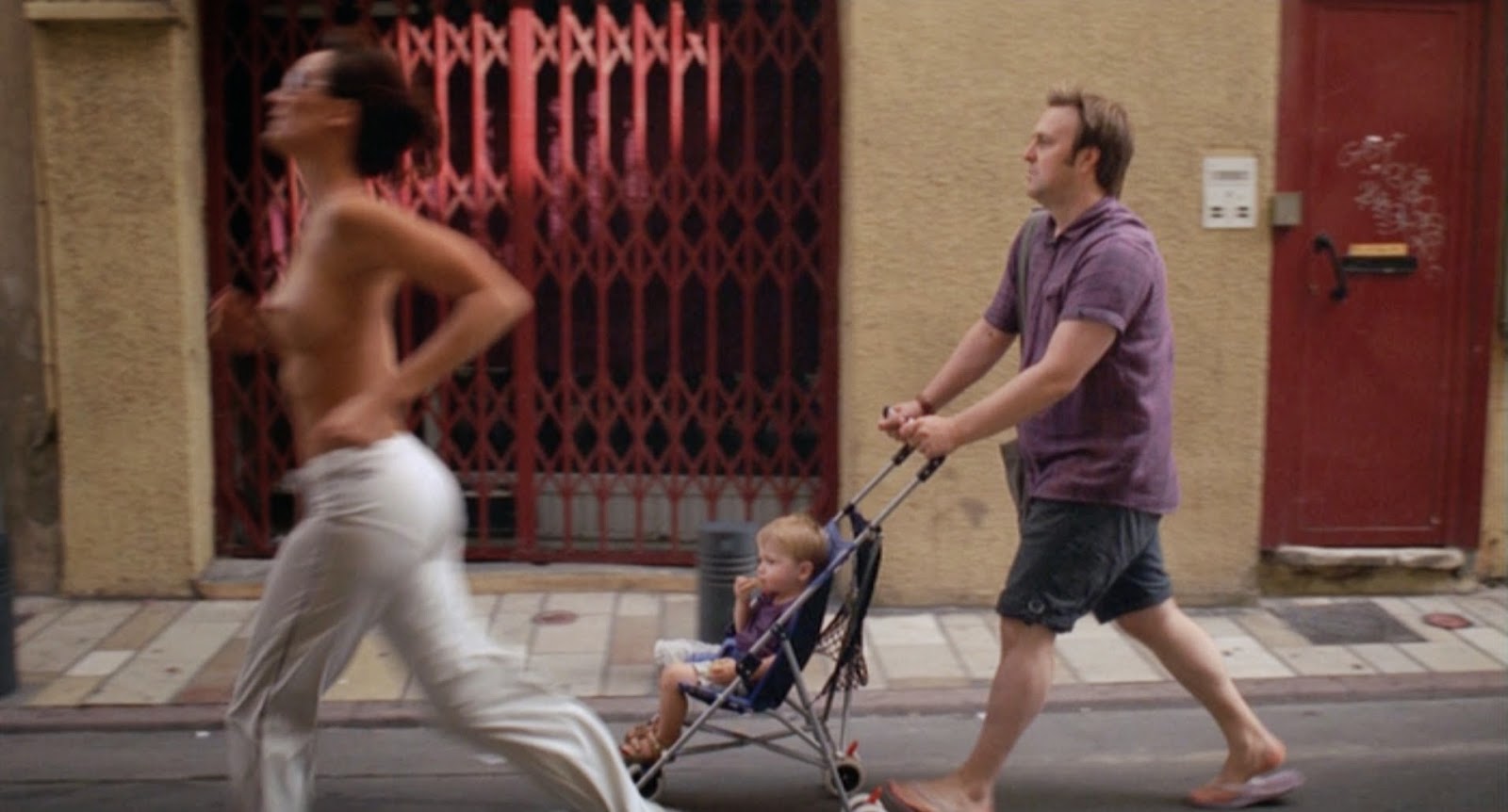 I think we can see. It has nothing to do with Rights', Women's or Human. No wonder we missed all those column acres and TV ads. No-one in the lefty media wants to even mention Israel. (Nor men).


Anne Bayefsky is director of the Touro Institute on Human Rights and the Holocaust. Follow her on Twitter @AnneBayefsky.But at least Oz gets a mention from the U.N.