I was away. Well, you know that: and I am back, towel in hand cleaning up the messy bartop which I see has been well used. So many people have dropped by for a glass or three of good cheer. Barely a decrease in customers and visitors.

Overseas is a 'mark' of travel, especially for an Island sort of person. It is to 'otherness', and to me that means Melbourne, one of the most beautiful cities in the world. Not that I would want to live there again for long. A week or two every once in a while to see people I love and the sights and sounds that are perhaps missing where the Tavern is, is enough to remind me of the treasure that Tasmania really is. It is the seascape here; the hills; the forests.

Melbourne has all of that too, of course, but by the Lord Harry a chap must go a long way to see them all in one day, whereas here they are no more than half an hour apart.

The Bass Strait is one of the roughest stretches of water in the world and across it plies the 'Spirit', the ferry. It is a long trip too. But there and back on this trip it was calm and untroubled.


So too was Port Philip Bay upon the shore of which stands the Big City. 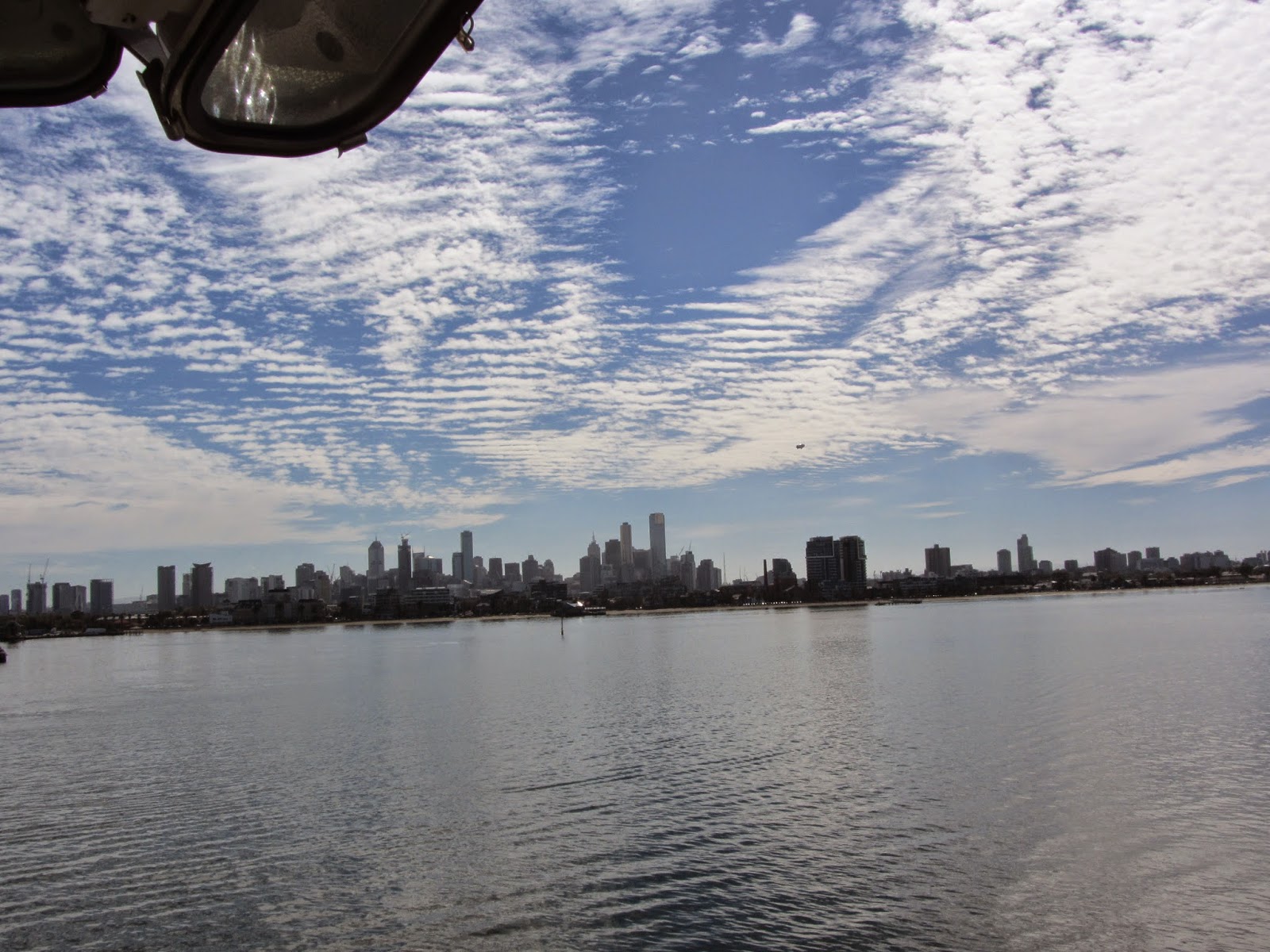 It was especially good to stay for a while with my lad, my beloved son. He lives in the very leafy and almost rural outer-easten suburbs of Melbourne, not far from the Dandenong Ranges where I used to live for a while. It was a great pleasure for me to revisit old travelling tracks, sit in the old style tea houses of Sassafras and take in the dappled sunshine through the forest leaves.

For once this time I did not even bother to go into the sinful city, the teeming Metropolis, apart from arriving and departing, but I did get to visit the Monastery for Mass;  and to have dinner, two in fact, with some old friends, but in their pleasant homes in Ringwood and Doveton. Yes, the Tavern-Keeper has friends !!

My grateful thanks to Wanda, who threatens to come to stay over at the Tavern some day soon;  and to Kathy - my ex-prayer vigil partner - (and her children, who took their pleasures too, pulling on my beard and poking my rotund belly). They are settling in well to the modern city where Kathy is now studying Theology.

I too considered the Monastic life once. I could have been a Farmer, a man of the soil and land-holdings, but I was a 'second son'. You may know what happened to second sons in my day. The older son inherited the farm and the second son had a choice of the Knightly life or the Monastery.  I took the horse and the sword and went my way.

But the call of Holy Toil and a possibility of Sainthood was ever there. I considered it. I still have many miles to travel before that day ! I am confined to pulling pints and mopping the floor of the Crypt.

And the main purpose - or rather excuse for my travel last week was the Air Show, which went very well indeed. I took many videos (with which I will not bore you - they are shaky, unfocused and amateurish in extremis) and a few snaps. 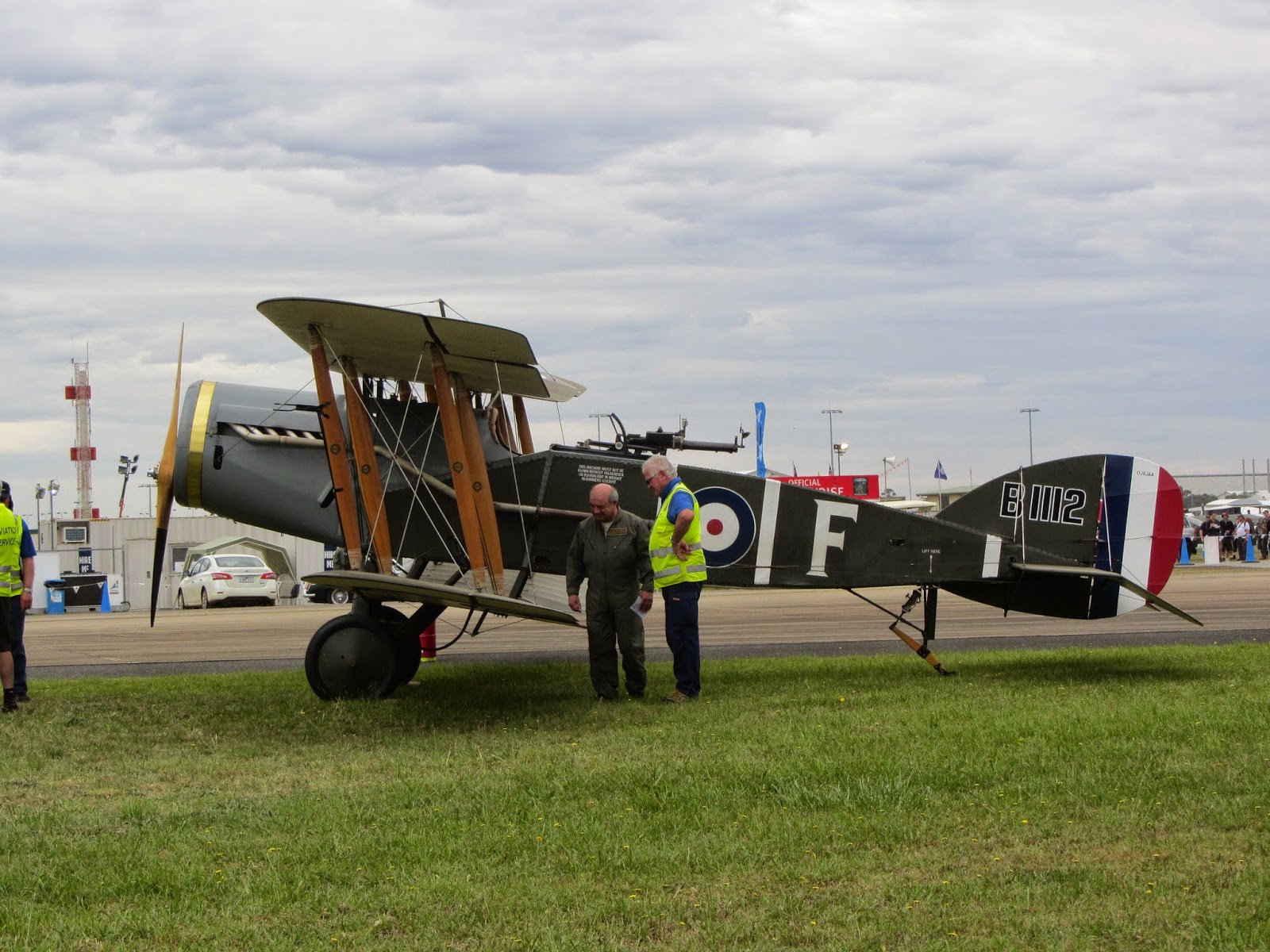 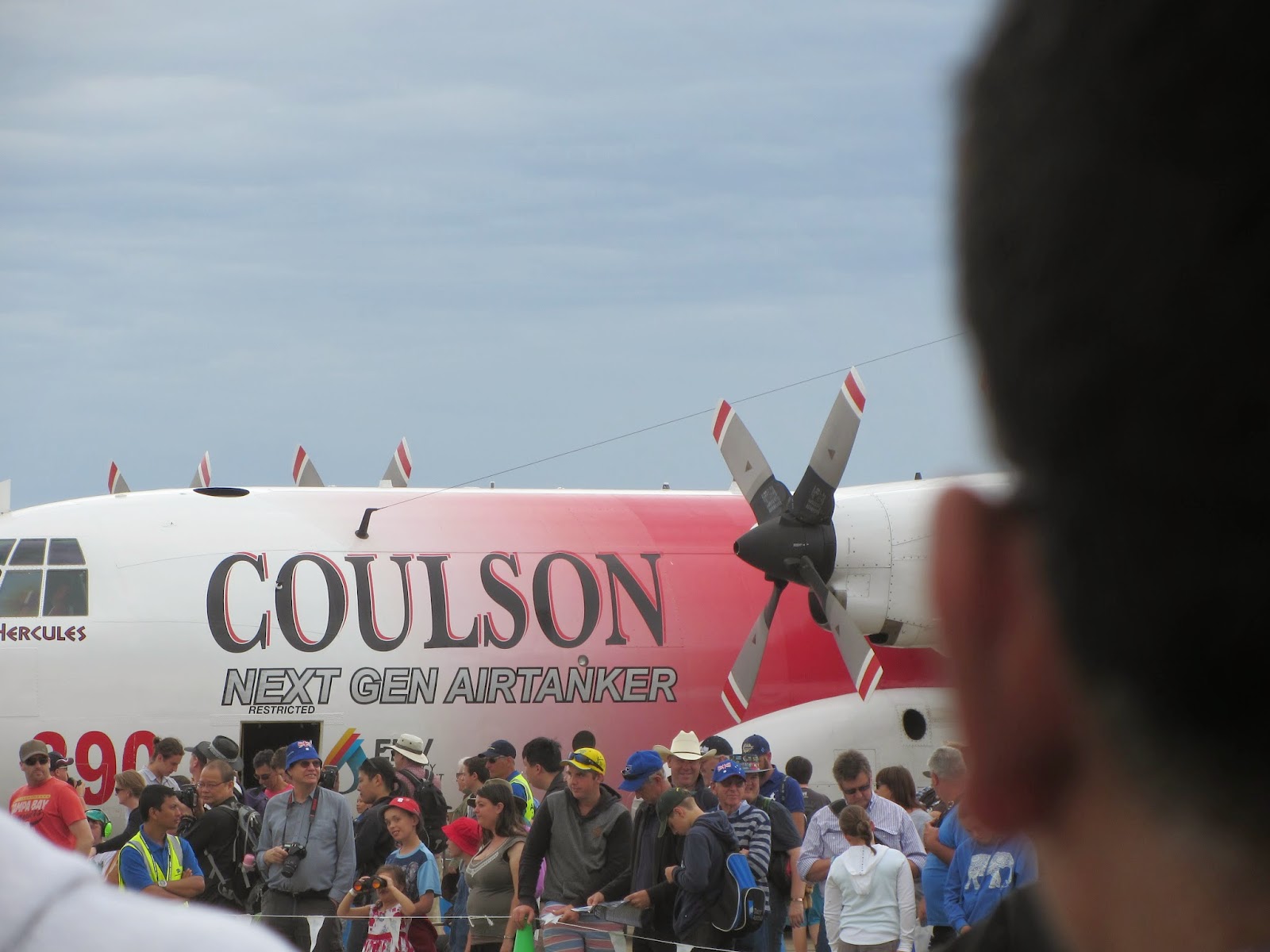 I was especially pleased to have a chat with the guys from the Coulson Company. Fine aviators and ones we need in Oz. They fight fires. It astonishes me that our Country does not have its own fleet of fire fighting aircraft but leases time and equipment on a 'needs' basis.

Astonishing. We 'Need' every damned year for months on end. A day or two after arriving home there was a big fire in the north of the Island, fought by a piddlingly small chopper that could barely uplift 250 litres.

I would dealy love to see a display like this.... with a demo in Port Philip bay and a soaking of the airfield at Avalon.

I was also at the opposite end disapponted that we did not have a Russian or Chinese showing in our skies or ground displays. Where are the Migs and Tupolevs? We had demonstrations from Singapore (F-16s) and the USA (various) and Oz, of course, but no British - typhoon / Tornado, nor from elsewhere. Not even the French. The French have some splendid fighting machines. Maybe at the next show the organisers can pull their fingers out.

But... all in all it was a fine air show and I spent it in good company with my son who was care itself in regard to my aging legs !

I did get to see the most splendid aircraft though. The Catalina.  Last time - two years back - there was one on display on the ground and in the air, but I missed seeing it fly: this time I was able to see it flying. In 'Black Cat' colours. The trip was worth the travel just for that.

Were I a wealthy Knight, which I am not, I wouldst have me one of those.

I would kit it out as a 'Gentleman's Residence' with a finely appointed bed-sit between the bay windows.

All too soon (or was it soon enough) I had to come back to the Tavern. Duty calls. As I said, the trip was uneventful sea-wise, but late departing due to a cruise ship arriving tardily, and late arriving back in a very modestly civilised but just functioning Hilary Village Island.