Well Done Malcolm, and so you shall be.

The customers have drifted back into the Tavern after a long weekend of watching the Oz Gummunt going down the gurgler. Yes after all the votes were cast, and after a long and arduous campaign by many earnest people vying for a place at the trough and the prospect of a fat pension and perks for a lifetime, we are still counting the very last votes to see if anyone has 'won'. Hah ! Fat chance.

The Australian people have said, resoundingly, a Pox on all your houses. Particularly upon  Malcolm Turnbull's mansion. (For those in other nations, he is, for the moment, and was the Prime Minister who reached his exaulted position after stabbing the PM of the day, Tony Abbott, in the back.) He managed to do what very few ever get to do.

Snatch defeat from the jaws of Victory.
He deposed a Leader who had come from a long way behind in opposition: one who inspired his troops and set strategic goals to win a resounding victory for the Conservatives of the country. A huge and commanding victory which he used to do much good for the nation. Malcolm was not impressed and thought he could do better.

Well done Malcolm. Now what will you do? A man of such arrogance and perfidy will be reluctant to fall on his sword. I would raise a glass to anyone who would rid us of this pesky political pygmy and show him the pointy end of the sword I have behind the bar. If Malcolm wandered in here I might have some trouble restraining my Bouncer.

Much has been written and spoken over the past 48 hours and much more will be in the next few days. The final results will not be in for a while. But we did have a cogent chap speak up as he ordered a round for the chaps and chapesses in the Oz room. Rowan Dean.

CONGRATULATIONS, Malcolm. Those are the words you’ve been yearning to hear for so long, so I’ll do my best to oblige.

Congratulations, Malcolm. Congratulations for reminding average Australians that they value loyalty and mateship above all else and will never reward someone for treachery and betrayal towards a colleague (or a leader, for that matter).

Congratulations for pointing out to the electorate, what with their short attention span and all, that Tony Abbott won a landslide less than three years ago, and that although he would have had to fight hard to do so, would almost certainly have done better than you.

Why do I believe that? For many reasons – including the evidence of the extraordinary focus group that David Speers conducted on Sky News – but above all because the main reason I believe people voted for the Coalition in this election was because of Abbott’s policies: he stopped the boats, he set up the royal commission that exposed the depth and width of union corruption, thuggery, and bullying, and he refused to bend his knee to the false god of climate change. 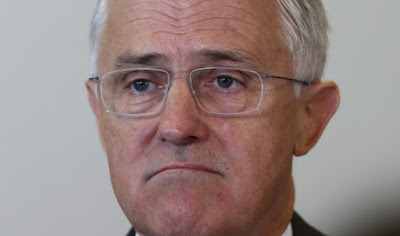 Malcolm Turnbull has managed to fragment the Liberal Party while simultaneously trashing some of its key values.

If you do manage to form government, Malcolm, it will be entirely because of the efforts of the man you betrayed, and not, as you imagine, because of your shiny round yellow and blue logo.

Congratulations as well, Malcolm, for amply demonstrating your complete lack of those long-touted “communications skills”. Let’s face it, for eight long weeks, and indeed for more than nine months, you have communicated what exactly? That “everything was on the table”, before everything was off it? That the GST was going up, er, no, hang on, it’s staying where it is? That income powers were being handed over to the states, er, no, hang on, no they’re not?

That we must “live within our means”? Well, that’s definitely true, so I’ll happily congratulate you on that one. Except of course, that was Abbott’s slogan and you sneered at him for using such three-word slogans before you suddenly decided to have a crack at inventing a few yourself. 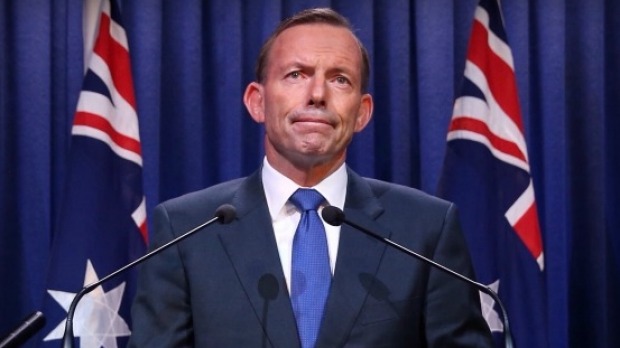 But putting all of that aside, as a former ad man allow me to point out what your army of spin doctors so clearly failed to do: you can’t convince people to “live within their means” while you splurge billions of their dollars on meaningless “innovation” agendas, ridiculously expensive submarines, renewable energy, fancy football stadiums, or tossing hundreds of millions of our dollars at atolls in the ocean that may or may not one day get hit by a big wave.

Congratulations, too, Malcolm, for your successful attempts to engage with the Australian Islamic community. Indeed, I genuinely applaud your brilliant exposure of some of the nastier aspects of that religion, particularly their lethal attitude towards gays. 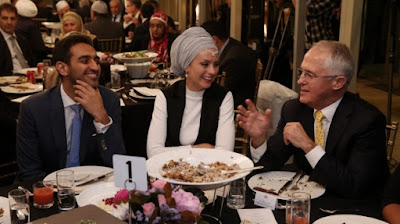 This may turn out to be your greatest legacy – I’m not sure politicians will in future rush off to the local Ramadan “iftar” with such relish. (You never know who might turn up! Someone who actually believes what it says in the Koran, perhaps?) 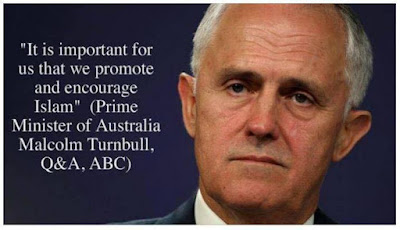 Malcolm Turnbull could only wish to have someone as talented as Peta Credlin on his political team.

Congratulations are also in order for the way you have managed to fragment the Liberal Party at the same time as trashing some of its key values. That took a mammoth effort, I know, but you never faltered. The only shame is that the electorate appears not to be particularly impressed, although no doubt it is only a coincidence that Peter Hendy, who so generously provided his home to your co-conspirators for their late-night secret shindigs, has been given the boot by the voters. In fact, most of your key plotters appear to have come unstuck.

But my final congratulations must go to you for your brilliant exposure of what a fine and decent man Tony Abbott actually is, and what a smart and talented chief of staff Peta Credlin was. The twin highlights of the election campaign have been in seeing both of these individuals performing in their new roles; him as a humble backbencher and her as a highly insightful and well-informed Sky News commentator and columnist with TheSunday Mail.

Abbott has been an exemplary team player, and the contrast between the support he has given you and the support you gave him couldn’t be starker. As for Ms Credlin, I bet you wish you had someone with even half her political skills on your team.

So what lies ahead when we get the results? More instability and uncertainty, more chaos and confusion, I guess.

Yep. A Home - Grown 'Innovator' who showed he could not find a use for a paper bag full of policies let alone some truely great Conservative fighters.

Do not disgrace Oz anymore.