Thrown Out of the Tavern

Not everything that goes on in the Tavern gets reported here. There are the occasional conversations that morons try to have; morons who behave on the way in but get carried out by the scruff of their necks.  They don't usually feature.

My Bouncer deals with them, firmly. 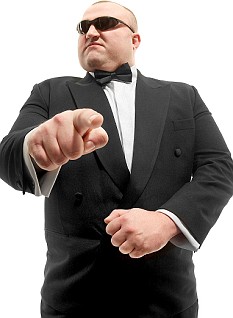 You might then wonder what they actually did. Be assured, it is not simply what they say. Its a Free House here.  So here is an example. He is a Queenslander, or at least shouting from there now. Say goodbye to Xavier Toby.

THERE is one positive to be found in the words and actions of people like Donald Trump and Pauline Hanson and that positive is it’s now far harder to ignore all the other morons.

The fact that a fat rich white guy surrounded by yes-men and a blatantly racist woman who hasn’t been relevant for 18 years are saying crazy stuff is not that surprising. Visit any snowfield, racing club, golfing superstore, footy match or pokies den and you’ll see what I mean.


What is surprising, though, is that Trump’s simple and blatantly racist, sexist, anti-environment, homophobic and horrible message has been so popular. Given the Trump effect globally, it’s not at all surprising Hanson has made such a strong comeback in this election. 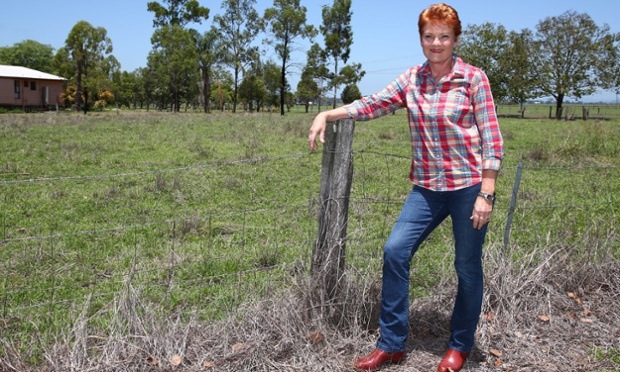 And it’s all our fault.

For too long now, too many of us have ignored sexist Uncle Keith; or the climate change denying taxi driver, Phil; or the racist football supporter, Pete; or Sandra, the Christian fundamentalist who believes gay marriage will lead to people marrying their pets – leaving them free to spread their hateful ideas without being adequately challenged. So now sexist Uncle Donald is in the running to be the next president of the USA and in Australia racist Aunty Pauline holds part of the balance of power.

A lot of Republicans in the US haven’t called out Trump for his most shocking statements and that’s because most party members agree with him. The only thing they object to is how blatant he’s being. They prefer a more subtle brand of racism and sexism because, otherwise, the masses might just work out that the whole system is screwing them over. 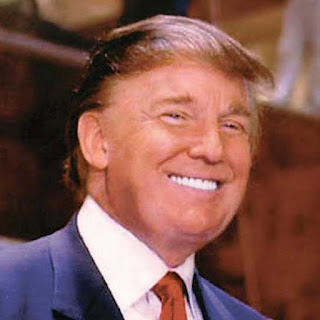 But their message, which is Trump’s message, is the exact same one peddled by many in the Liberal National Coalition in Australia, the Tories and UKIP in the UK and many other right wing politicians around the planet.

The difference is that, unlike Trump, Hanson, Nigel Farage and their ilk, most other politicians hide behind complicated policies, fancy words and boring speeches and hope we continue ignoring them because it’s so complicated and boring and, by the way, it’s footy season.

But do you see that “Build a wall” is just a different way of saying “Stop the boats”? 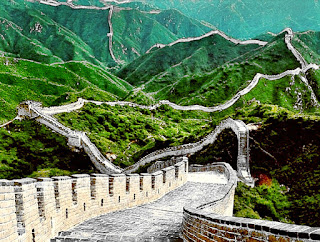 And instead of debating the complicated problems faced by our society and reaching an intelligent solution, what each new Trump and Hanson-ism really says is: “I’m going to solve everything with hate and fear, slogans and slurs. Are you okay with that?”

Now if you object to what comes out of Trump’s and Hanson’s mouths, it’s time to reject that same message no matter where it comes from – other politicians, your Facebook feed, the workplace, your dinner table. For too long that hasn’t been happening. Otherwise, how did we get here?

These conversations are hard and awkward, but if we all just gave up, then all that’s left is Trump and Hanson.

So, that was it. We sat and drank our pints and listened to him. Free speech and all, even verbal incontinence. A chap can say what he wants.

But then he peed on the carpet.

The Prof was disgusted. He made his view clear as we waited for the bouncer.

A prize example of Leftist argument

Australian writer Xavier Toby offers a stream of abuse with not the slightest attempt to put forward any balanced and rational argument about anything.

He just assumes that his readers will share his rage at views he does not share. Yet his screed was published in a Murdoch newspaper, which has a large conservative readership. So his approach is not even clever, which it is presumably intended to be.

He seems basically to be what older Australians would call a "nong", which translates roughly as someone who knows nothing about anything.

The amusing thing is that he argues for "debating the complicated problems faced by our society and reaching an intelligent solution" -- something that he himself shows absolutely no ability at.

He really has a superb lack of self-insight.

And now a sore arse in it's stead and a long walk down the mountain.

I am not Trump or Hanson's lawyer and have no brief to defend them. I find their accents to be from the wrong side of the castle drawbridge in any event. But if someone wants to come into the Tavern and denounce a politician or two, the least they can do is mount a decent argument.

I doubt that young Xavier has denounced the Chinese for the wall that they actually built, so busy he seems to be denouncing the Donald for wanting, perhaps, maybe having one too one day.