I speak from behind the bar today as an Englishman. Unusual I know to speak as such and not as the more overarching 'Anglophile' as befits the Tavern. I am an Australian by choice but English by birth and heritage. I have 'roots' that go back several thousand years.

The word 'crucial' means decisive, critical, a decision-point of great magnitude. And there are points in anyone's life when crucial decisions have to be taken. In National life too.

In the United Kingdom - what is left of it - the people face such a national decision of great moment.  (Look to your 'Theory of Moments', if you ever knew it).

The British have a very different choice ahead.

The UK is being offered the one and last chance to decide whether to be a Sovereign Democratic Nation or simply a small, disregarded part of an unelected, undemocratic bureaugarchy. 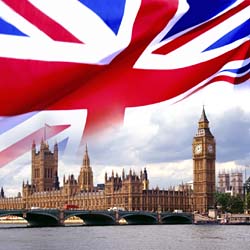 We are 'members' of the European Union. The decision to be was taken without full knowledge even at the time.

We now have the One and Only chance to take stock, evaluate what has transpired both in our 'membership' and the disaster that the EU has become,  and, perhaps, detach ourselves from infamy.

Many a customer comes to the Tavern for sustenance, travelling up the steep road away from Perdition. An entire Nation can step away from disaster and haul itself from the Abyss. If it so chooses.

If it is given the means to choose.

As an Englishman I ought to have a small say in the matter, but, like many Englishmen who reside in the world at large, I am denied that say, because I have lived in the world beyond England's green and pleasantness - a world that England largely civilised - for over 15 years. And let us face it that such a length of time is a drop in the ocean of time when you are as old as I am.

Which way ought I to vote, were I able?  Remain in the EU, or Leave.

Some advice was forthcoming in the UK Room bar where I pulled a few pints for a mate. Pat.


I urge all my fellow countymen, back home or abroad and able, to cast their vote ...to...

Be British and Proud of our Heritage.

Of course, it is not just the British who need to restore their heritage. Other independant nations on the European Continent have as much to lose from being in the EU: as Daniel Hannan reminded an appreciative audience in the P&B which, from the steins being filled, included some German folk.


And..... if it is a matter of having some compelling rationale, this is what the bloody furriner French do to our most beloved music.