The Land of the Long White Cloud, a little to the East of Oz, suffered a devastating blow to its National pride and cohesion which has left a sadness over the Tavern. Our sympathies go out across the Tasman to our Kiwi cousins. It went there too some time ago when that cloud turned pinky-puce with the election of a marxist-feminist to its highest office. Little did anyone guess just what an enormity she would commit. 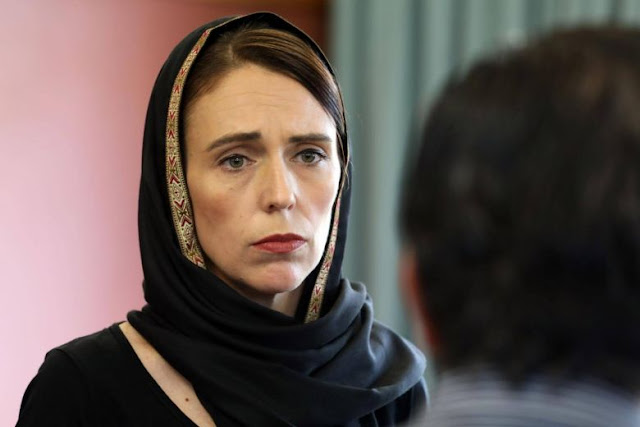 It took another act of enormity by a lunatic - and Oz lunatic at that - to light the fuse, with his attack on a mosque, killing 50 people, some, quite innocent children.

We are told that he is Brenton Tarrant.
What a wicked man. 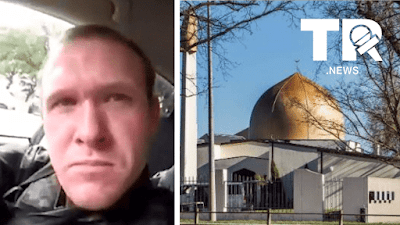 And what a mosque chosen for his atrocity. It was the Noor mosque, noted - but not by the mainstream media - for producing two Islamic terrorists who had a bloody hand in the Charlie Hebdo massacre in Paris.

Yes, that massacre we all said we would not forget, and about and which the media said "Je Suis Charlie". 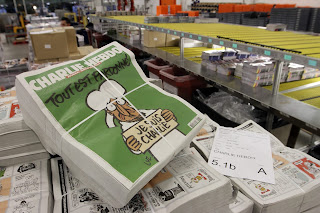 The Christchurch mosque where a gunman opened fire and killed dozens of Muslims has links to radical Islamic terrorism, according to a New Zealand newspaper.


The newspaper, called Stuff, reported on a story in 2014 about how two Australians killed in Yemen by drone strike were radicalized in Christchurch mosques.


Jones was killed alongside Australian Christopher Havard, whose parents said he was introduced to radical Islam at the Al-Noor mosque in Christchurch.”

Of course they would deny it.

“But a man who attended a converts’ weekend at the mosque 10 years ago said a visiting speaker from Indonesia talked about violent jihad and plenty shared his views. ‘Most of the men were angry with the moral weakness of New Zealand. I would say they were radical.'”


“Havard was the subject of an AFP arrest warrant over the kidnapping of Westerners in Yemen in December, 2012. It is not known if Jones, who reportedly fought under the name Abu Suhaib al-Australi, was involved.”


“Jones and Havard were with five others in the convoy hit by a missile fired from a US drone in Yemen’s Hadramout province on November 19. While authorities believe they were ‘foot soldiers’ of AQAP [Al-Qaeda in Arabian Peninsula], they were not the main target of the attack.”


Conservative commenatator Milo Yiannopoulos pointed out the connection on Facebook over the weekend asking,

“If you’d known that this mosque was a terrorist factory, would it have changed your feelings about the news at all?”


“The Al-Noor mosque in Christchurch targeted by Brenton Tarrant produced at least two terrorists, from a very small congregation,” he wrote Saturday. 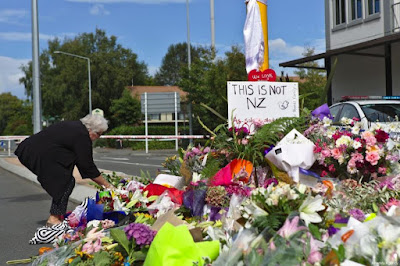 According to literary magazine New English Review, New Zealand authorities should investigate the mosque for signs of radicalization.


“The Al Noor mosque should receive some official scrutiny but indiscriminate carnage of innocents isn’t the way,” reports the Review.


“Maybe the New Zealand authorities have, or will now that his friend Mark Taylor is soon to be returned ‘home’ from a Kurdish prison, investigate the circumstances around the radicalisation at Al Noor, of jihadi Christopher Harvard, and any part played in the radicalisation of Daryl Jones.”

Rather than nipping terrorism in the bud years ago, the New Zealand authorities did not act. Perhaps they could have prevented any such reprisal as we have witnessed and Jacinta Ardern might not have had the gall to encourage people to say "We are Mohammedans". 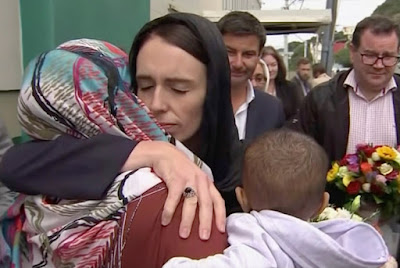 The qualities of compassion, of sympathy, even of empathy, are rightly considered as feminine as they are masculine, and Jacinta Ardern's expressions as a National Leader are wholly appropriate when comforting the survivors of the massacre and their families.

But her subsequent actions have demonstrated the danger of being so carried away that sense goes out of the mind. Her mind.

It has divided the Nation.


I am gonna say it how it is, Jacinda Arden PM of New Zealand you have become a major part of the division problem. You need to step down from your office now.

You forced Parliament to be Submitted yesterday to Islamic Prayers, now you are forcing by demanded strong suggestion all of New Zealand to submit, to Submit to the Islamic call to prayer by it being played over the airways on NZ.


It is one thing to have a moments silence which I think most New Zealanders would be honourable and respectful in regards to this depraved loss of life and the terrorising of New Zealand citizens and visitors at 2 mosques and the horrific loss of so many lives and loved ones: I too stand in silence and in honourable respect and deep sadness reflecting on this unnecessary loss of precious life. 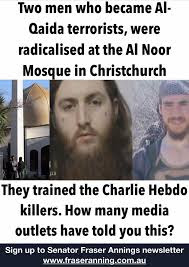 However New Zealand is not an Islamic Country, yet (it) has those of Islamic faith welcomed within her bounds, and you are correct, when migrants come to our beautiful country they assimilate or should assimilate and become "They are us".

They are welcomed with freedom to worship and right to assemble.

However we do not become a them, this is a huge difference.

We have the right to not worship or worship elsewhere, or worship a tree or a stone should we wish, it's called freedom paid for on the backs of our fathers and mothers and forebears.


I am getting a little sick of you as the PM and the media using Islam as a race card. ISLAM is not a RACE.

Islam is a religious sect or ideology and you Jacinda are forcing through as head of state, Islam on your nation.

You have no right to stand in the highest office of the nation and use your position to influence and to insist this type of response. You must remain neutral in your decisions for the sake of all New Zealanders. You have gone too far. You are not an Imam you are the Prime Minister and as such you have no right or position in calling all New Zealanders to Islamic Prayer; you are so outside of the boundaries of your office.


I will say it again and most likely be attacked for it. You have given so much but now so much more will be demanded.


I want to remind you that there is no such thing as Government Funded, there is only "Tax Payer Citizen Funded". When you say we will pay and ACC will pay or I will ensure this will be paid you are actually saying every NZ tax payer will pay, making an instsnt decision over and above all ACC protocols and procedure, ok I get it.


However New Zealand is not guilty of this crime a fundamentalist fool is. Yet going to these far responses in itself is (forcing by empowered suggestion bordering demand from your office) is also extreme and fundamentalist.

On another note Jacinda since when did Gang Patch Members have a security guards license ? Since when were Patched gang members allowed to patrol the streets and the front of public buildings and houses of worship in Gang Colours and regalia? Please explain.

You are so quick to demand or suggest that innocent farmers and citizens give up their guns and armoury. Because of one deranged man.

....NOT HAVE THE RIGHT TO FORCE OR EVEN SUGGEST THIS ON OTHERS IN YOUR OFFICIAL CAPACITY OF OFFICE.

If that is what you want all of NZ to do then you must relinquish your office and your authority first and do this from grass roots not from entitlement of the nations head office. In this You have gone way too far, perhaps you should step aside from your headship as you have now gone far beyond your responsibilities.

For the record - Islam does not mean Peace, it means Submission.


Please don't misinterpret me, the only right response to the attacks on New Zealand's citizens and visitors including those proclaiming and identifying as Muslim by faith is unconditional love and kindness, however it is not that others are to be made subjects of Islam, by your decree.

The younger dead may well be innocents: the older ones however, cannot make that claim. Islam constantly and unequivocally tells us that anyone not Muslim is an Infidel and must convert or be killed.

It is a cult of inhumanity, hatred and widescale murder of innocents.

To have public-funded radio and TV broadcast Islamic 'prayers' across New Zealand is treasonous. For a marxist-feminist to instruct that it be done shows the depths that ideology can sink.

To broadcast that 'There is only one God, and his name is Allah, and Mohammed is his prophet' is a

GROSS INSULT to ALL Christians in New Zealand. 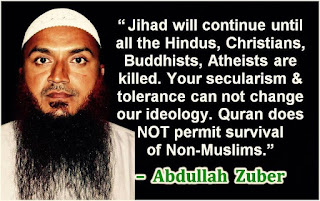