Heroism is often a momentary matter, but the man of the moment can dine out on it for a long time. Heroes are human and their moment just might be an odd one in an otherwise not so cheered life. Courage and bravery, overcoming great odds even over an entire career is not necessarily joined by intellect or even sound morals. Some heroes may even be taken for a ride. Conned. Deceived. Hero one minute: damned fool the next. C'est la Vie. But the public, especially when 'entertained' can overlook the darker aspects. Some, when let in on the realities might be saddened.

There were a few sad faces in the Tavern this evening when we took a look at a great Boxing hero. 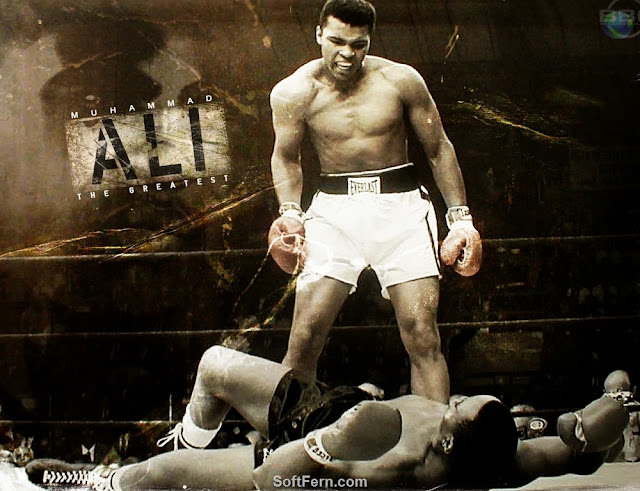 And how he was grievously deceived.

Muhammad Ali born Cassius Marcellus Clay Jr. January 17, 1942 – June 3, 2016, was an American professional boxer, activist and philanthropist. He is widely regarded as one of the most significant and celebrated sports figures of the 20th century. From early in his career, Ali was known as an inspiring, controversial, and polarizing figure both inside and outside the ring.

He was born and raised in Louisville, Kentucky, and began training as an amateur boxer when he was 12 years old.

At age 18, he won a gold medal in the light heavyweight division at the 1960 Summer Olympics in Rome and turned professional later that year.

At age 22 in 1964, he won the WBA, WBC, and lineal heavyweight titles from Sonny Liston in a major upset.

He then announced his conversion to Islam and changed his name from Cassius Clay, which he called his "slave name", to Muhammad Ali.

He set an example of racial pride for African Americans and resistance to white domination during the Civil Rights Movement. It was a classic double-deception.

He had been conned, and in turn conned millions.

In 1966, two years after winning the heavyweight title, Ali further antagonized the white establishment by refusing to be drafted into the U.S. military, citing his religious beliefs and opposition to American involvement in the Vietnam War. 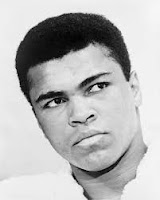 He was eventually arrested, found guilty of draft evasion charges, and stripped of his boxing titles. He successfully appealed the decision to the U.S. Supreme Court, which overturned his conviction in 1971, by which time he had not fought for nearly four years and thereby lost a period of peak performance as an athlete. Ali's actions as a conscientious objector to the war made him an icon for the larger counterculture generation. 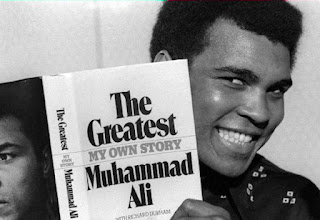 Ali is the only boxer to be named The Ring magazine Fighter of the Year six times. He was ranked the greatest heavyweight boxer of all time by Ring Magazine  and The Associated Press, and the second greatest pound-for-pound boxer by ESPN. 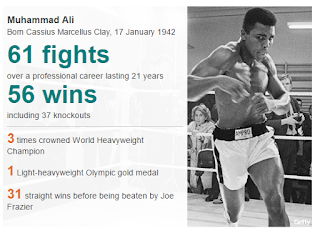 Nicknamed "the Greatest", he was involved in several historic boxing matches. Notable among these were the Liston fights; the "Fight of the Century", "Super Fight II" and the "Thrilla in Manila" against his rival Joe Frazier; and "The Rumble in the Jungle" against George Foreman. Ali drew record global television audiences, including 1 billion viewers for "The Rumble in the Jungle" (1974) and "Thrilla in Manila" (1975)  and 2 billion for Ali–Spinks II (1978) and "The Last Hurrah" (1980).

As a Muslim, Ali was initially affiliated with Elijah Muhammad's Nation of Islam (NOI) and advocated their black separatist ideology. He later disavowed the NOI, adhering to Sunni Islam, practicing Sufism, and supporting racial integration, like his former mentor Malcolm X.

In 1984 Ali was diagnosed with Parkinson's syndrome, which his doctors attributed to boxing-related brain injuries. As his condition worsened, Ali made limited public appearances and was cared for by his family until his death on June 3, 2016, in Scottsdale, Arizona.

So, that is a potted history of his career, as seen by 'Wiki'.

But what is his real history and what was that great deception?

Dr David Woods gave us the detail. He is a scholar of Islam and History, and he uncovered for us the sad rejection Ali made of his real Heroic heritage. The one he had been named after. Cassius Marcellus Clay. 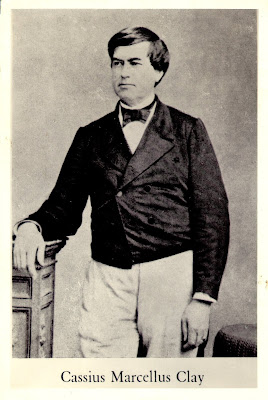 
But Cassius Marcellus Clay, the nineteenth century Kentucky abolitionist who helped convince Abraham Lincoln to issue the Emancipation Proclamation was a real American hero of whom he should have been proud.

Further and oddly enough, Muslim sources say that Muhammad was white, and that both he and his son-in-law Ali owned black slaves.

Hence, the greatest heavyweight boxer of all time was deceived by Islam.

But let us hear the evidence for that for ourselves.

How Muhammad Ali Was Deceived by Islam


I was one of those who felt sad.

Whateverhisnamewas was a fine athlete and a great champion. He was not the sharpest knife in the drawer though.

He was a 'couldabeen' in his personal life. He could have been a proud carrier of a proud name.  An Heroic name. A name in the finer part of American history.

He could have Honoured his ForeFather.

But he was conned by the followers of the Prince of Lies.

A bee only stings once and then dies.

His adoption of Islam had a halo effect: a lot of young, impressionable black boys followed him into the pit of Satan's own 'religion'.

We keep the halos for Saints here, but we still applaud his sporting hero status.

So drink to him anyway.

And pray for him.