Every kid had a catapult in my day. Only when they became pretty accurate did they get to move on to a bow. Then of course, there were no guns, and young chaps and old had to have a bow and were obliged by law to practice at the village butts. It was a bit like modern Switzerland where virtually every adult man has a rifle in his home and has to know how to use it properly. Gummunt provided even ! 45 guns per 100 people there. 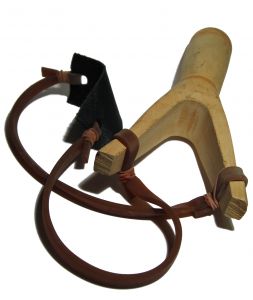 Of course the Swiss have a very low gun crime rate, somewhere down at the  Plano, Texas rate of 0.4 per 100,000. Plano has a town ordinance that 'encourages' every home to have a gun which does deter criminals somewhat. 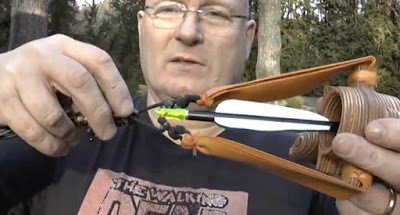 But Oz does not 'permit' much gun ownership and therefore there are only about 1.7 million in private hands here and the licence requirements are pretty stiff. So the Tavern with its swords has little in the way of projectile defences. Therefore we invited Jorg Sprave to come and give us some tips on turning elastic to advantage. He is an expert.  It is nice to have someone from the non-Anglophile world in for a change. 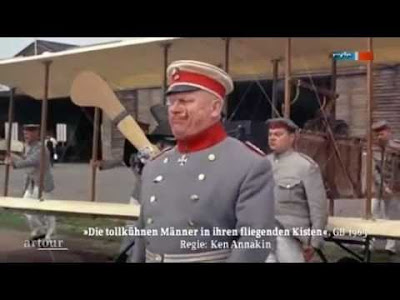 Jorg can turn a bit of wood and some elastic into an effective weapon that will shoot marbles, steel balls, arrows and even spears. And if you think they may not be as effective as a gun, he can show just how wrong you can be.  Jorg reminds me a little of Gert Frobe. He was the chap who played a part in 'Those magnificent men in their flying machines'.

Here are some of his very simple devices, much in the pattern with which a kiddy would be familiar.

But they can be far more complex. Here is a very small device for shooting an arrow. The throw-weight is comparable to a hunting bow, but it is as small as a pistol.

And 'bigger' ones, of course, are in his arsenal. He designs and builds all the time. Jorg has presented many slingshot crossbows to many folk, but all have been rather long and narrow. This one is different, as it is follows the medieval crossbow design. The main differences is that rubber bands are used instead of a steel spring bow arms, and heavy lead balls are used as ammo rather than bolts.

The weapon is of course home made, from scratch, and took a whole Sunday.

But are they comparable to a gun, you ask. Hmmmm. Maybe. The ugly, clumsy, but very effective model shown below is based on a three ft long wooden plank, a handle, a forearm rest and a fork made from two round rods. This design protects the shooting hand and allows crazy amounts of rubber. With 195 cm of a draw length, this slingshot shoots the 1" steel ball at 206,8 fps (63 m/s), making it the strongest handheld one man operated slingshot ever shown.

The momentum achievable by this record slingshot is -- in theory -- higher than the value most handguns can achieve. The .22, the 9mm, even the 357 SIG and the famous .45 ACP all have momentum lower values. Only the mighty .44 Magnum outperforms the slingshot, at least on paper.

But is it true? Can it be for real? This video puts that theory to a test. A large, heavy pendulum with a thick rubber mat in front of a steel plate is the proper test device. See how the handgus fare against the slingshot! You will be amazed by the outcome.


Jorg assured us though....Please don't get us wrong -- handguns achieve far higher energy levels and also the pressure per square inch is a lot higher. In terms of penetration, a slingshot has little chance against guns. We are NOT degrading guns whatsover. But for the sheer destruction, a slingshot is really good.

Clearly there is scope for a bit of work in the Tavern over winter. I can see the lads all wanting to be properly armed in case the Antifa mobs decide they are thirsty.... for liquids in our veins, rather than for our fine ales.

I have no idea how many catapults.

Email ThisBlogThis!Share to TwitterShare to FacebookShare to Pinterest
Labels: Rest-of-the-World, US Room