Winston Churchill called her Britain's Secret Weapon. She was a welcomed weapon of mass distraction for a weary country that needed its spirits lifted during the darkest hours. But few today would recognise the name, Christabel Leighton-Porter. To most back then she was 'Just Jane'.

Now her image only remains on the side of a Lancaster Bomber. 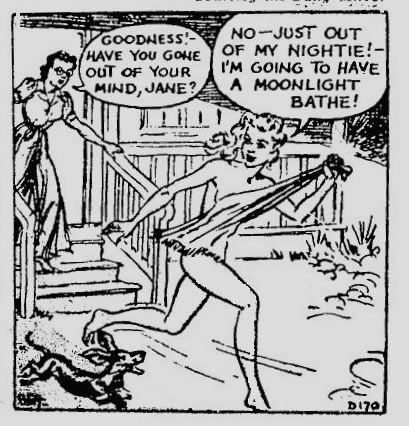 Christabel was the model who became a wartime sweetheart when she portrayed Jane, one of Britain's most enduring cartoon characters, but she passed into the blue yonder in 2000. While she was around and active raising morale she was rarely seen in much more than frilly knickers and the flimsiest of bras.  And in those days the ladies were usually quite demure. 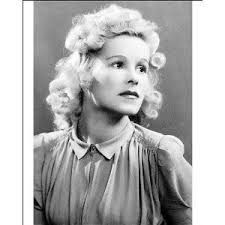 Christabel Leighton-Porter was the public face of Jane, and she toured music halls portraying the character for the troops as well as being a comic strip heroine. Strip was her forte. Ahem...

While the Jane comic heroine appeared six days a week in the Daily Mirror, Mrs Leighton-Porter appeared in public playing the character and went on to star in the 1949 film The Adventures of Jane. Her career was revived during the 40th anniversary of the Battle of Britain in 1980.

Two years later the BBC produced a television cartoon series based on Jane and another feature film followed in 1988 called Jane and the Lost City. Mrs Leighton-Porter used her new popularity to attend airfield and squadron reunions, war anniversaries and functions at the Imperial War Museum.

Now she adorns this fine machine. 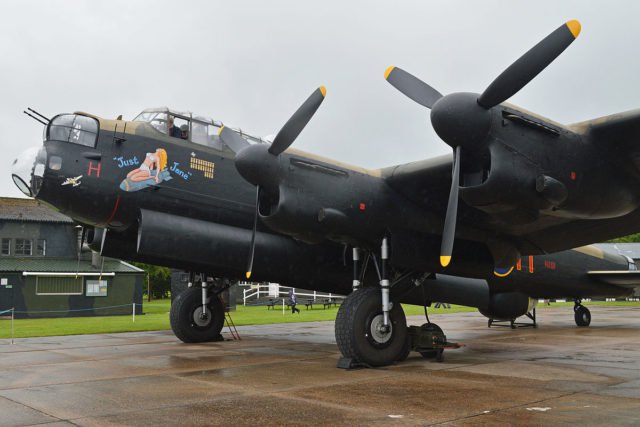 Jane was created in 1932 by the cartoonist Norman Pett when Jane's Journal, the Diary of a Bright Young Thing first appeared in the Daily Mirror. As war broke out, Jane, who was modelled after Pett's wife, shed more and more clothes, thus keeping up the morale of British troops abroad. Others emulated !

It was said that the more the cartoon character stripped, the further the soldiers advanced.

Mrs Leighton-Porter was born in the early 1920s but always refused to disclose her age, referring to it as "57 plus VAT".

She was a former swimming champion who entered beauty contests, winning the Miss Great Britain title and becoming Venus of Kent. After leaving school she modelled for life classes at art colleges before being spotted by Pett and asked to become the public face of Jane. The comic heroine was adopted as the RAF's mascot and Mrs Leighton-Porter toured the country in a revue show called Jane in the Mirror. 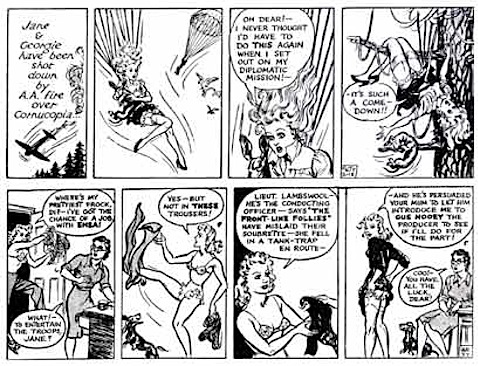 As in the cartoon Jane had to lose as many clothes as was legally possible. When she married her husband Arthur, an RAF pilot, at the end of the war, the wedding had to be kept secret so her legion of admirers would not be disappointed. 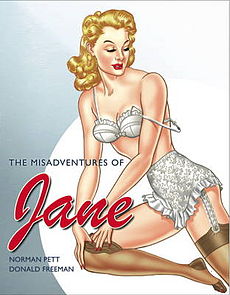 When the Mirror later tried to axe the cartoon strip, the newspaper's telephone switchboard was jammed with readers complaining about the decision, which was reversed. In 1948, Pett's assistant Michael Hubbard, took over the cartoon. Jane's popularity waned and the cartoon was dropped in 1959.


In the late 1960s Mrs Leighton-Porter, who lived in Horsham, West Sussex, went to live in Bermuda for three years before returning to Sussex to bring up her son, Simon. Her husband said: "She was a very glamorous woman who led a very interesting life. She will be missed by an incredible amount of people."

Indeed, But will be remembered for a long time yet by aircraft affecionados. George Winston brought us up to date:

is undergoing careful restoration as a tribute to Bomber Command Veterans 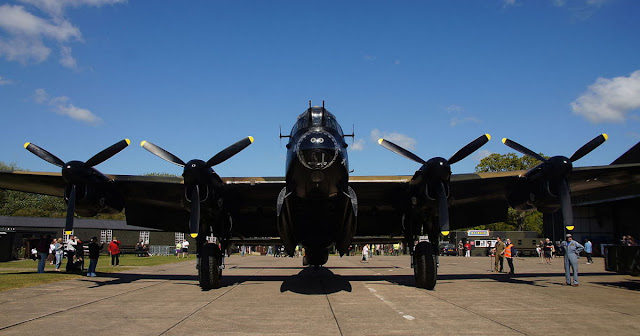 Pride and dedication are going into the restoration of Just Jane, an Avro Lancaster bomber under repair as a memorial to Christopher Patton and other veterans of Bomber Command.  Patton was shot down on a bombing raid in Nuremberg, Germany, in March 1944. 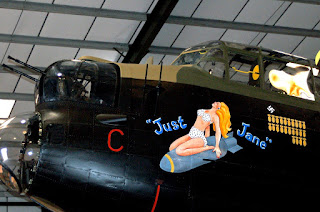 His brothers, Fred and Harold, who established the East Kirkby Aviation Centre in Lincolnshire in 1988, have removed the paint from Avro NX611 to allow an airframe inspection so any problems can be corrected, in addition to giving an indication of the time required for repairs. The job is an enormous undertaking since the airplane must be taken almost completely apart, right down to individual pieces, checking every component then re-assembled.

The project has an estimated £3.5 million price tag, and Just Jane will hopefully fly again by 2020.

Fred’s grandson, Andrew Patton, said overall the work is quite easy being mostly standard repairs. The difficult aspect is not having the knowledge since tradesmen with the experience needed to do riveting and aluminum skin work are disappearing. Modern aircraft now use composite materials.


The work is important and not just for the Lancaster, but for the memory of Bomber Command, and the nation, he added. 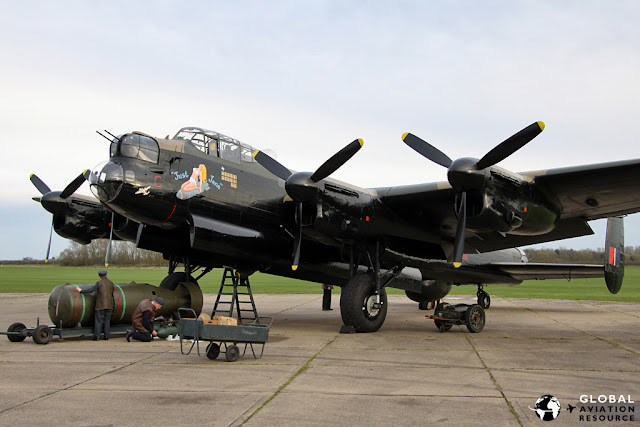 They’re reliant on people who learned their craft many years ago and have the much-needed knowledge, he explained.

The main fundraiser is the offering of ‘taxi rides’ in the heavy bomber during the summer months, but that means interrupting restoration work for six months between May and the beginning of November.

A fundraising club has been started for those who want to make a regular donation towards the project.

The plane was manufactured by Austin Motors in Longbridge near Birmingham in April 1945. Just Jane had been scheduled to become part of the RAF’s Tiger Force in the Far East, but Japan’s early surrender saw the warbird used by French Naval Air Arm.


One of the project’s workmen, Roy Lemmon, 56, said he will be very pleased when the Lancaster is flying once again, the Mirror reported.
There’s substantial corrosion that people have attempted to repair, but the repair job has been done in a way that suits a static, not a flying machine, so it’s got to be taken to pieces and done correctly, he said. It’s interesting work, a privilege, it’s different, he said.


Fellow workman Brian Howard said that with the substantial amount of work required, a person has to think about what comes next.  He admits to missing drawings – everything has to be done in his head because of the reliance on computers these days. 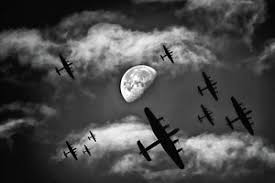 It was not just Jane that liked the moonlight.

Let us drink to that.