In the Tavern today there were gasps of astonishment at the news about the staid old British Bobby upgrade. No more harking back to Dixon of Dock Green of the '50's; its all Gene Hunt of the 70's now. On steroids. Getting serious: up to date ! And tooled up to take on the the main perpertrators they are. 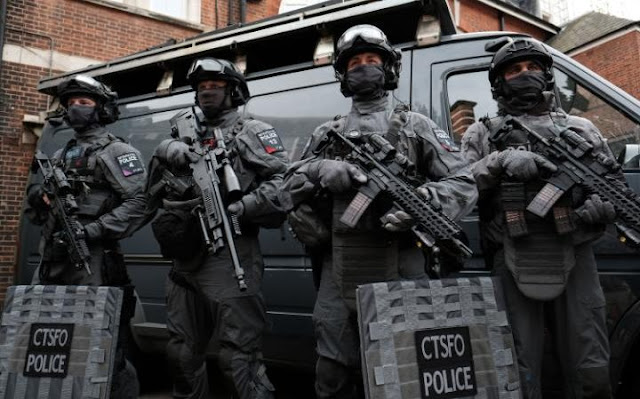 And in the sights are the mentally ill. Or workplace violence perpertrators.

The Chief of the Met police (that's London, for non-Brits here) Sir Bernard Hogan-Howe, who is continually pointing his truncheon at the mentally ill whenever a bomb goes off  in a railway station or kebab shop or someone's head is found in a garden, says that 'he is prepared'. 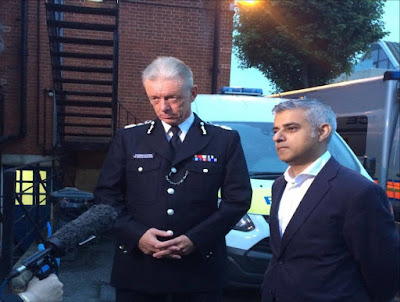 Sir Bernard, who is meticulous at avoiding mentioning the religion of peace, except for when he is droning "Religion of Peace" whenever a robed and bearded butcher of the Islamic persuasion is seen with his mates burning a bus or holding a sign asking politely for infidels to be beheaded, stood with the Muslim Mayor of Londonistan and declared his intention of ramping up the level of stigma attched to low IQ people.

And against employees angry at being told to wash their hands before handing you a halal Big Mac. He doesn't like them either.  Not that it has anything to do with Islam. Its the workplace, stupid.


The latest face of anti- terrorist.... [er workplace violence]  policing in London has been unveiled as a new batch of highly trained officers prepares to take to the streets.


With mounting concern over a UK terror...[er mentally ill members of the community] attack, Met Commissioner Sir Bernard Hogan-Howe has announced that the first of 600 additional armed officers are ready to start work in the capital. 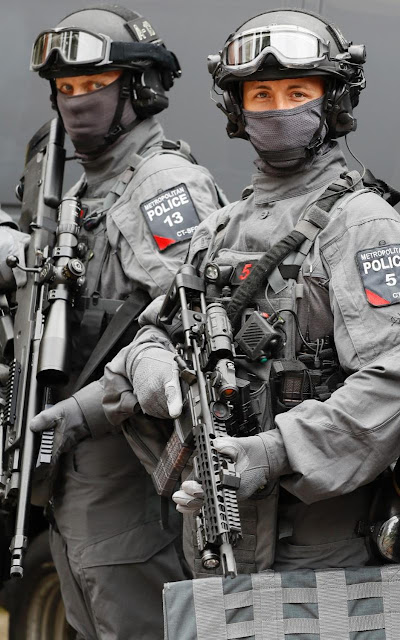 Among them are members of the Met’s elite counter-terror firearms unit who are trained to deploy around the clock at a moment’s notice to tackle marauding  terrorists head on.


Equipped with SIG 516 semi-automatic carbines and Glock 9mm sidearms, the counter-terror specialists are capable of racing to the scene of any potential incident on board specially adapted BMW F800 motorcycles.


Riding pillion the officers will be able to cut through the heavy London traffic on boards the all-terrain bikes which are capable of reaching top speeds of 120mph.


The SAS style officers are also trained to carry out water borne assaults from rigid inflatable hull vessels and even abseil into situations from hovering helicopters.


The announcement of their deployment follows a string of terrorist incidents in mainland Europe and warnings from the Met chief that an attack in Britain is a matter of “when, not if”.

The verbal gymnastics seen all over Britain's Police Forces whenever a mentally deficient 'person with a grievance, which has nothing to do with Islam' goes berserk and murders, rapes, burns or bombs  other members of the community that are quite sane, will now be given an official procedures manual and training for police Chief Constables.

There is talk of it being included in the next Olympics.

One has to ask: where is the Mental Health NGO Peak Body spokesperson when you need her. Or him. Not usual for it to be a him, though.

Where is the complaint about stigma?

Update: News of mental illness around the world.

Will the new response team surround and  'interdict' mental hopspitals, just in case'?

Will they be called out to surround the Police Commissioner's mansion, suspecting that there might be a nut-case in there?

I suggest they wait until tea-time when the Police big-wigs are sitting down with some Gummunt Ministers. Might as well get as many of the loonies in one swoop as you can. 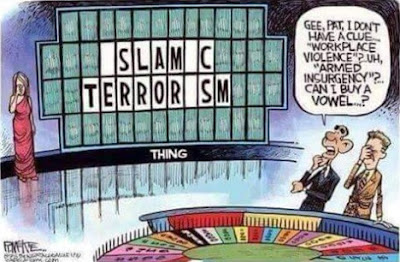 Why the Establishment Can’t Grasp the Nature of Islam


The media and effete powers-that-be have been twisting themselves into Halal pretzels Islamsplainin’, rationalizing how a given Muslim terrorist attack isn’t really “Islamic” or isn’t significant.

These contortions can become quite ridiculous, such as suggesting that recent Allahu Akbar-shouting Munich shooter Ali Sonboly might somehow have had “right-wing” motives because, among his violent passions, was an interest in Norwegian mass murderer Anders Breivik. 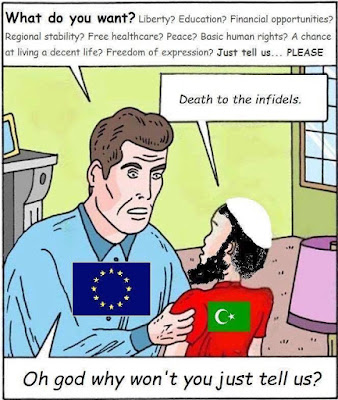 A more common (un)intellectual contortion is the minimizing tactic of claiming, as is politically correct authorities’ wont, that a given jihadist attacker “has no ties to IS” (the Islamic State), as if there’s nothing to see here if a man doesn’t provide notarized evidence of allegiance to the boogeyman du jour.

Yet this is much as if we’d claimed during the Cold War that a Marxist terrorist attack wasn’t really a Marxist™ terrorist attack because we couldn’t find a connection to the Soviet Union. The issue and problem wasn’t primarily the Soviet Union but communism (Marxism birthed the USSR, not the other way around), an evil ideology that wreaks havoc wherever it takes hold.

Likewise, the IS didn’t birth Islam; Islam birthed the IS.

To which I say, 'ISIS' is just another deflection.  The PTB must be very pleased to have a group to blame that is far away in the middle-east deserts. It is so much easier than saying,

"The Enemy is within the Gates".