Icy conditions pervaded the most southerly continent over the past few weeks, as is usual. Heck, who would want to go to Antarctica anyway? The Russians of course !

The news in Oz has been full of the ill-fated but highly feted trip taken down there by a Russian ship carrying 'tourists'. Tourists my Knightly arse. They were 'warmists', that early 21C sect that is convinced that what we humans do is effecting the climate, especially the ice around the poles. They told everyone before-hand that they were going there to collect the evidence that the ice is melting and we are all doomed.

As fate would have it they came unstuck - or rather, Stuck. Stuck fast in the ice that was supposed to have melted. I will tell of that and more tomorrow. The cost is still being totted up.

Meanwhile a Russian came into the Tavern yesterday, for a pint of our best. My friend Lana.

We were just discussing the events in Antarctica when she stopped mid-sentence and sat, mouth open, looking at the wall.   She was staring at a photo that some wag had pinned to the dart board. She burst out laughing when she realized it was a target. 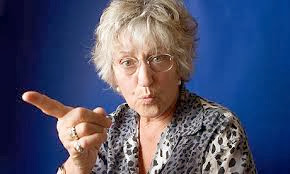 The caption under the photo said:


"Women have very little idea of how much men hate them"
- Germaine Greer.


Please don't tell me that pinning Germaine Greer to a dart-board is misogyny. It has little to do with hating woman and a lot to do with deriding a fatuous example of a modern Feminist.

But it set Lana off on a tangent. Thank the Lord Harry she speaks English so well or the customers' ears would have turned red. Maybe it was the talk of the ice, or being stuck in the ice, and maybe Germaine's icy looks, but Lana became thoughtful.

"One of my most vivid childhood memories is a near tragedy on a frozen lake ...in my home town near the outskirts of Rostov on Don.

...I was walking home from school with my grandfather ...we could see skaters on the frozen lake a few hundred yards from the street. As we turned off the main street there was no sound except the crunching of our boots in the snow.

A scream broke the silence and we instinctively looked towards the lake.

Two skaters, a mother and her daughter, had fallen through the ice. Grandfather began running towards the lake. It amazed me how fast he could move considering he had lost a foot in the war.

I followed Grandfather as quickly as I could, but we were beaten to the lake shore by a group of young soldiers who were already crawling on their bellies across the ice, in single file towards the two women flailing around in the freezing water.

The soldiers were joined by some other men who had rushed out of one of the cafes. They brought some ladders to lay out on the ice to spread the weight of the rescuers.

The women were pulled to safety and dragged bodily to the shore, passed from one man to the next until they were safely on the bank. The women, a mother and daughter were wrapped in blankets, fed hot soup and bundled into a truck to take them to hospital just in case.

The crowd dispersed. The soldiers and the other men drifted back into the cafes to resume their meals and a short while later, grandfather and I were sitting with my parents, toasting ourselves in front of the big stove. Grandfather began telling stories of the war; tales of stoic endurance, boundless determination and heroic deeds.

He always admonished me to remember that the bounties of my comfortable childhood had been paid for by all those men who had never returned home. My brother had once asked him why he had fought for Stalin.

"Oh no" my Grandfather replied.

"We didn't fight for Stalin.

We fought for the women and children of Russia." 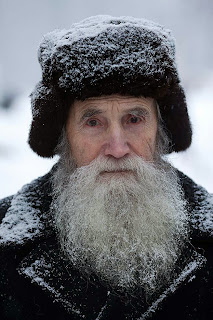 Grandfather left early that night and trudged back through the town, braving one of the famous white storms, to reach the hospital where his wife, my grandmother, was recuperating from a painful operation on her eyes. He would sit and read to her through the night as she drifted in and out of sleep, until finally he would be driven from the clinic by a stern nurse telling him to go and get some rest.


I have seen many acts of incredible bravery on the news.

Men who didn't hesitate to drag people from the wreckage during the awful metro bombings in Moscow; men who stormed an aircraft in Perm when hijackers threatened to shoot hostages; men who threw themselves into the icy waters of the Volga to rescue people from a sinking ferry.

Whenever there is an earthquake, an avalanche, a tsunami or a hurricane,

it is the men of any nation who will instinctively

It is the men who will put their own lives on the line if they have to, to save others.

When the crisis is over, it is the men who will clear roads, repair bridges, restore power lines and begin to re-build.

I often wonder if Germaine Greer has ever done anything even remotely as valuable as the men she has spent her life ridiculing.

So Germaine Greer can spew her infantile paranoia as much as she likes. She can convince herself and other gullible women that the world doesn't need these masculine qualities, but she is deluding herself.

Our civilization was built by men. Our communities are maintained by men. We are kept safe by men. Wouldn't it be nice if feminists could stop ridiculing them and maybe even express some gratitude from time to time?

Men are our fathers and grandfathers, our brothers and sons, our friends and colleagues. It is their masculine qualities that make them what they are.

Men are the builders and inventors, the explorers and defenders, the pioneers and the discoverers.

The "patriarchy" Greer rages against has always been designed first and foremost to keep women and children safe.

But if men begin to show the same contempt for women as feminists show for men, then we women are going to be in a lot of trouble.

In western nations now there is definitely a hardening of attitudes among men towards women in general. Decades of feminism has taught men that women have nothing but contempt for them. They are beginning to wake up.

Feminists who say they want gender equality should be very very careful what they wish for.

So now I am grown up and I live in Ireland. But whenever I hear some half-witted feminist denigrating men in general, my first thought is always of that brave young man, who risked his life to save two strange women, long ago in the depths of a frozen Russian winter.


It does us well to have a clear eye for Reality.

The evidence is there despite a chorus of 'consensus scientists' all singing to a cult songbook about 'Global Warming'.

The evidence is there to see despite all the agitprop spread throughout our society by Feminists.

The Russian ship is still ice-bound but Lana the Russian gal is here to throw a life-line of sense for us all.

Lana is easy on the eye too.