Charity is one of The Big Three virtues, along with Faith and Hope. Hope has yet to become the Industry that Faith and Charity has become, although Obama tried hard to package and sell it. There are lots of gullible people willing to buy.

The chat in the bar was quiet today but centred around Charity. That was possibly because one of the many people that the Tavern frequently helps out was mopping the floors and cleaning the tables, and attracted attention.

Over the past few years we here have provided a temporary home for half a dozen or more people down on their luck. Trolls may accuse me of being uncharitable regarding asylum seekers and the like but I wonder if they have ever given a room in their own home to one. Or to a homeless person. Or someone without the mental competence to manage by themselves.

And I encourage them to do something useful for it, and pay their way.

It is a matter of self-esteem. Theirs. 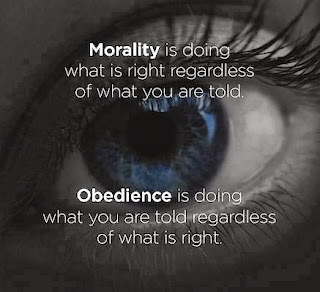 Charity begins at home. It is a personal thing. At home, all 'muck-in'.

But a Quiet Man pointed to alternative, modern ways, in which the compassionate heart (and wallet) is ripped off by the charity workers themselves. Especially when the Government gets involved.

Charity is supposed to be voluntary giving, where you choose a cause and give some of your cash towards it. At least that used to be the definition of charity in the old days before the government decided which causes your cash was going towards…

A mandatory “charity” plastic bag charge which comes into force next year will rake in millions of pounds in tax for the Treasury, Telegraph discloses.

He justified the new plastic bag charge next year by saying it will raise money for charity and stop damage to the environment.

However ministers have now admitted that the charge will raise millions of pounds a year in VAT for the Treasury.

Dan Rogerson, the environment minister, told MPs on the Environmental Audit Committee that he expected the charge to raise £95million a year, only £70million of which will go to “charitable causes”.

Now I suspect that many people might just start taking their own bags to supermarkets, although there will be times when it isn’t possible.


And, no doubt, they will soon be dubbed 'mean and uncharitable' for not contributing to the 'charity' impost !

That said giving the government £25 million in VAT because the boy Clegg wants to be a poster boy for the environment strikes me as a step too far in the usual ill thought out government scheme.

Nor do I like the idea that the government deciding where the rest is to go on ‘charitable’ causes, mostly because their idea of a charitable cause isn’t mine. 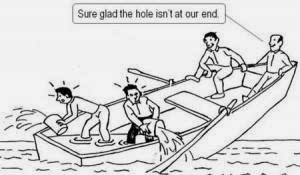 They are quite likely to spunk it away to enviroloon causes and global warming prevention rather than somewhere where it might actually do some good.

Essentially we are in the realms of fake charities

You can normally spot them by the name, although some long established so called charities have gone down this route too where they are doing very well (paid directorships etc) from supposedly doing good, although a quick check of the accounts will tell you the

majority of the funding goes on wages and lobbying, rather than charitable works.

A legion of acronyms spring to mind -f amous ones - in which highly paid lobbyists employed by and under the direction of even more highly paid 'Directors', actively seek Government Funding - ie Taxpayers' funds - to  assault Government to pay even more taxpayers' monies over in an eternal and


lucrative circle of pocket-lining -
and Lying.

This in essence is why charitable giving by many members of the public is tailing off simply because the bloody government is giving away our taxes direct from out pockets and deciding who gets our cash, rather than us deciding who if what gets it.

Unfortunately whilst we have morons like our current crop of politicians who believe they know best who should get their ill gotten gains, this will continue… at least until we hang them all.

These 'charities' are not simply the enviroloons that the Quiet Man pointed at but a whole range of societally false flags.


They use animals and even children as weapons.

In fact anything and anyone that they can deploy as a weapon, as a means of attacking the normal human compassion that all but the Directors, lobbyists and Politicians have.

How can one resist the devastating tales of poor, wailing little children in leaky boats crossing the high seas? We weep at the nightly sight on our TV screens. But don't mention their callous parents who are intent on the benefits to be stolen from the Taxpayer and handed over as 'compassion' by a corrupt government. They outnumber the children ten to one.

How can one not weep for the family of the poor woman who has breast cancer. So vulnerable. Follow her 'brave struggle' on the news. But don't mention that the Pill and abortion are direct causes of increased breast cancer incidence, both of which are encouraged. Just focus on her legitimate illness. Shake the tin. Make it two tins and a 'fun run'. Men-only fun-run, of course. We don't want to make the women 'feel uncomfortable'.


Pay the Director half a million a year because 'they do so much' for 'brave' women.

Inject BILLIONS in taxpayer funds into a 'research' Industry.

But don't fund alternatives for abortion. Certainly do not 'fund' a solution to the destruction of Marriage and Family.

Protect the children from Child Abuse. From nasty men of course. But don't mention that the vast proportion is by nasty women. Some have breast cancer.  And they are struggling 'single-mothers'.

And don't forget to take even more from the taxpayer so that the single mother can shag yet another bloke and have another child to support. Ot even have an abortion !


Let us never mention that.
It is not 'charitable'.

Show me the Director of any 'shelter' or 'charity' who puts a homeless man in their spare bedroom.  98% of the homeless are men.

Best outlaw plastic bags instead and make everyone pay extra.