The strong connection between Government and Business which we called Fascism reached it's pinnacle in National Socialist Germany and International Socialist Russia. Odd how Fascism is deemed the opposite of socialism, isn't it.

Of course all that is history. Yes? Nowadays the business aspects have given way to simple rent-seeking from a coterie of academics and NGOs who exist in unholy alliance with Government. At the expense of the taxpayer.

I promised I would get back to the fiasco on ice of the early new year. Things have started to be 'costed' and the taxpayer is once again going to be well out of pocket. Some will be giggling like the loons they are (their entire salary and perks as well as taxes are paid for by real taxpayers) and other more rational folk who work productively to pay taxes with be spitting icicles. 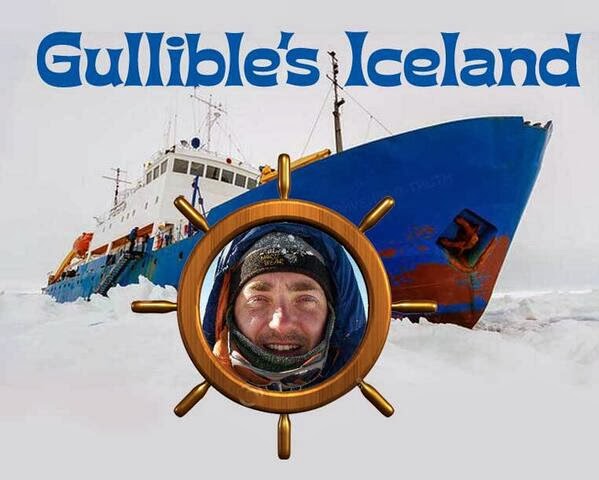 It is close to home in more ways than one. Stand on the Tavern roof and you can see the Capital of Antarctica in Kingston. (Well, on tip toe). The Climate Change wallahs congregate there, mixing with real scientists like crows wandering in a penguin colony.

Jo Nova came by to explain:

The saga just keeps going. The Chinese Icebreaker  sent to rescue the Russian ship - Remember the Russian ship? It is still there - also became stuck, and has asked for help so the Aurora Australis with 52 extra passengers rescued from the Russian Charter boat had to stay nearby to help.

The Aurora is based in Hobart. A well known sight in the harbour.


Twenty two Russian sailors were trapped on board the Russian boat — the Akademik Sholaskiy.

The other scientists in Antarctica still don’t have their equipment.

Costs for everyone involved are continuing to rise. Though there is a free-for-all on social media…

But seriously, from  The Australian by Graham Lloyd:

TAXPAYERS will foot a $400,000 bill for the rescue of a group of climate scientists, tourists and journalists from a stranded Russian research vessel – an operation that has

and disrupted its scientific work.

The climate scientists and passengers aren’t free yet, their boat is waiting around to help the Chinese icebreaker.

The rescue bill continued to mount yesterday as the return of the Aurora Australis to Casey base was delayed after the Chinese vessel Xue Long notified rescue authorities it had concerns about its ability to move back into open water due to heavy ice.

The Australian icebreaker was put on standby and ordered to remain in open water as a precautionary measure.

As usual, under the Treaty of the Safety of Life at Sea (SOLAS), ships must respond to a distress message, and the costs are a “matter for the ship owners after the event…  These can include fuel costs, crew costs and loss of revenue.”

Ultimately the costs could be millions:

In a debriefing on the rescue mission, Australian Maritime Safety Authority general manager John Young said the ships involved in the rescue would each be responsible for their own costs.

The costs, which would run to millions of dollars, could ultimately result in legal action between the ships’ insurance companies and the owners of the stranded Russian research vessel that sparked the rescue.

I wonder what the fine print says on the agreement between the Australasian Antarctic Expedition and the Russian Charter boat?

And all this for what, you may wonder.?

We will let the Great Socialist of yesteryear say just what it was all about. The ice was blue and so were some of his words.

The taxpayers' words have not been sought.

There are going to be quite a few chucked off the gravy boat, hopefully.

As for you. Go off the grid.