People who drop by often ask about the Island beyond the hedge; Tasmania. If it is, as I tell it, just another part of the great Hilary Village, populated by feminists and socialists and greenies, why, they ask, do I live here?

There are few places in the world now that are not beset by said socialists and feminists - ugly creatures all - but even they deserve Love: and where better for Love, Beauty, and a Tavern that serves Grace?

So let me take a break for a few minutes and take you up onto the top of one of the Tavern's many towers and show the place to you. Who knows, you just might love the place too and decide to spend a few hours looking. I will send refreshments up from time to time.

First, let's look at the Tassie Devil. It is a famed creature, just short of fable. It makes a noise just like the feminists do.

A short intro to not-quite set the scene but at least gets it out of the way and onto more beautiful sounds and sights.

Here is something to sit with a while. Jump in; taste; maybe if it is too long for you, move on to some others.

As the narrator said, this place is about the same size as Ireland but without the leprechauns. It has just 500,000 people give or take a few and much of the island therefore is quite unpopulated. Most of the people live in either Hobart of Launceston and the rest live in quite small towns and villages and scattered tiny settlements.

From the air you can see the scope better and perhaps with more ease.  The old Knight Tavern Keeper loves to fly. Bit too old now though. But you can start at the North end of the Island.

The Tavern is in the South though. On a small mountain that just shows itself in this next video. Fleetingly.

Here's another taste. A beer-drinking man shows you some sights, and just a heads-up here.... when he shows you the 'first Casino in Oz', look up the hill behind, to the left. Tucked away in the trees at the very top.... there you can just see the Tavern !

A pint to the first who can spot it.

It is not all just city, scenery and heritage however. There is adventure and daring here too. One place that strikes fear and desire into a certain sort of folk is the infamous Shipstern Bluff. The waves are enormous on some days and crash onto 300 ft cliffs. It provides surfing for the extreemers.

It also has some spots that I personally find very agreeable. Especially on a clear winter Sunday. 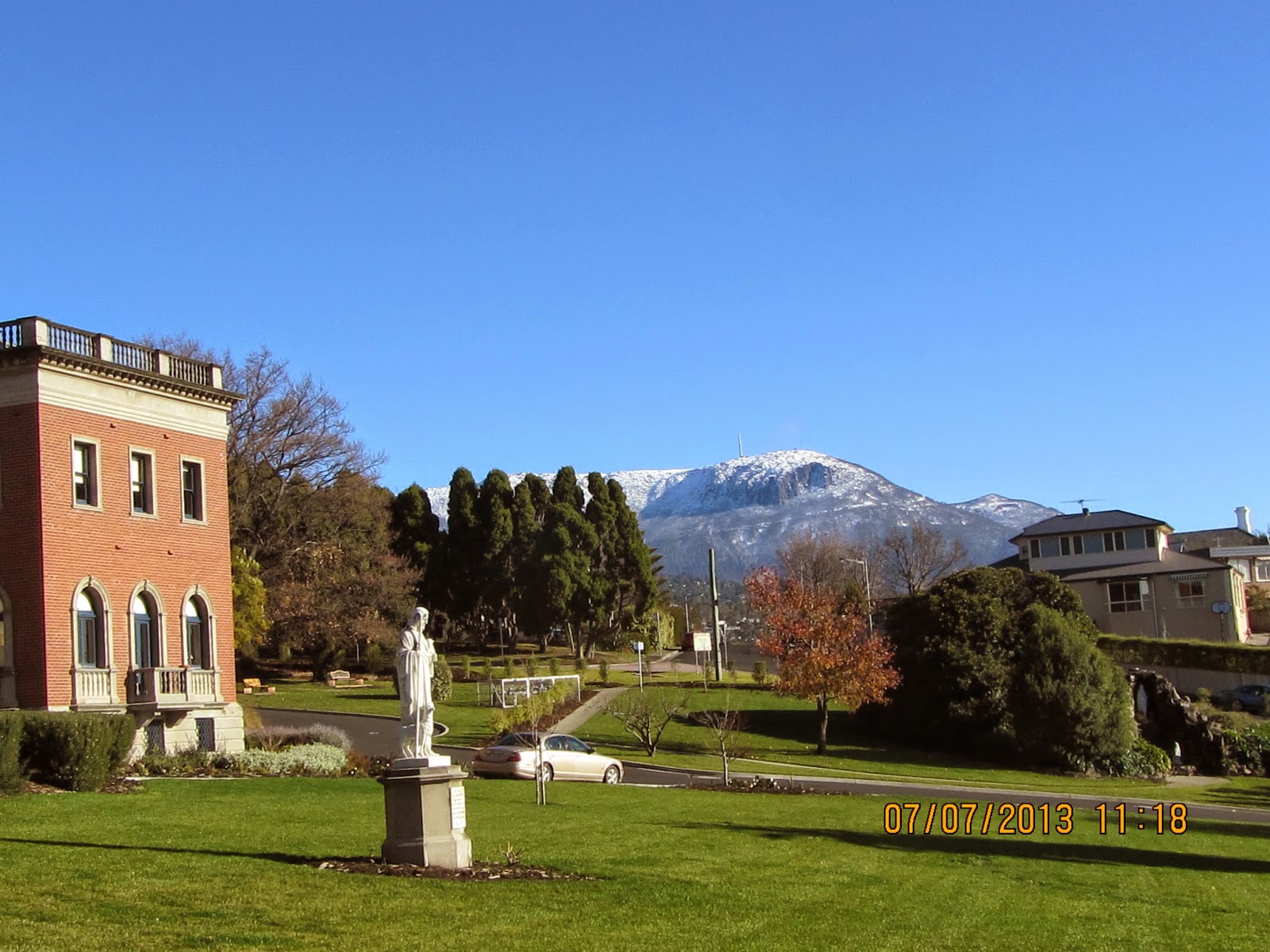