The Tavern is a place to relax. Every corner has its own 'owner' who likes to sit in it with a pint. They relax. Sometimes they are a bit lethargic (not quite sloth, you understand) after a busy day. And sometimes there are folk who do not have busy days but they are at that stage of life when energy is lacking.

An old chap was propped up on a stool at the bar last evening, looking quite worn. A young fellow engaged him in some chat and noting the slump mentioned that he had far more energy that he imagined.


"If you realised your energy potential, ol' man, you could take out Tasmania and most of Oz too, in one big bang."

I pricked up an ear and pulled them a pint apiece. I wondered if the Tavern would survive.

Young Joshua Carroll is an aspiring student of science. He will be working towards his undergraduate degree  soon in Earth and Space Physics with a Minor in Astronomy and his future goals are to complete a Masters and then a Ph.D in Astrophysics. As well as studying the astro-sciences, he is also a three-time combat vet.  An energetic lad.

He was telling us that many people fail to realize just how much energy there is locked up in themselves.

Personally, I have always seen the 'Human Being' physicality as an energy conduit. We take energy in - via food and air and drink - use it to 'power' ourselves and get rid of the left overs. Our bodies are continually 'replacing' bits down at the cellular level. It takes a lot of energy and most of it flows out the nether regions.

(It can be a tad difficult being caught short in armour, I can tell you).

The energy comes from the stuff we consume that 'makes' us. Its the matter we are made of, you see. And....

Matter is made of atoms. The nucleus of any atom is an oven of intense radiation, and when you open the oven door, that energy spills out; oftentimes violently. However, there is something even more intrinsic to this aspect of matter that escaped scientists for years.


It wasn’t until the brilliance of Albert Einstein that we were able to fully grasp this correlation between mass and energy. 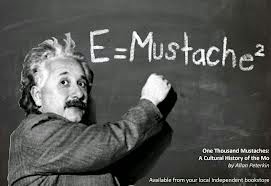 This seemingly simple algebraic formula represents the correlation of energy to matter (energy equivalence of any given amount of mass). Many have heard of it, but not very many understand what it implies. Many people are unaware of just how much energy is contained within matter. So, for the next few minutes, I will attempt to convey to you the magnitude of your own


First, we must break down this equation. What do each of the letters mean? What are their values? Let’s break it down from left to right:


E represents the energy, which we measure in Joules. Joules is an SI measurement for energy and is measured as kilograms x meters squared per seconds squared [kg x m2/s2].

All this essentially means is that a Joule of energy is equal to the force used to move a specific object 1 meter in the same direction as the force.


m represents the mass of the specified object. For this equation, we measure mass in Kilograms (or 1000 grams).


c represents the speed of light. In a vacuum, light moves at 186,282 miles per second. However in science we utilize the SI (International System of Units), therefore we use measurements of meters and kilometers as opposed to feet and miles. So whenever we do our calculations for light, we use 3.00 × 108m/s, or rather 300,000,000 meters per second. 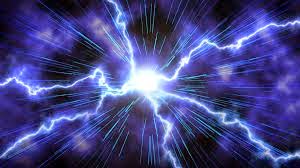 So essentially what the equation is saying is that for a specific amount of mass (in kilograms), if you multiply it by the speed of light squared (3.00×108)2, you get its energy equivalence (Joules). So, what does this mean? How can I relate to this, and how much energy is in matter? Well, here comes the fun part. We are about to conduct an experiment.

I thought to be helpful here and brought him a whiteboard  and a texta.


Now before I go on, I would like to point out that I am utilizing this equation in its most basic form. There are many more complex derivatives of this equation that are used for many different applications.

It is also worth mentioning that when two atoms fuse (such as Hydrogen fusing into Helium in the core of our star) only about 0.7% of the mass is converted into total energy. For our purposes we needn’t worry about this, as I am simply illustrating the incredible amounts of energy that constitutes your equivalence in mass, not illustrating the fusion of all of your mass turning into energy.


Let’s begin by collecting the data so that we can input it into our equation. I weigh roughly 190 pounds. Again, as we use SI units in science, we need to convert this over from pounds to grams. Here is how we do this:

Josh is an average sort of chap and has yet to become a 'large' man like myself !  He would weigh more in armour, I'm sure.


Since our measurement for E is in Joules, and Joule units of measurement are kilograms x meters squared per seconds squared, I need to convert my mass in grams to my mass in kilograms. We do that this way:

Now that I’m in the right unit of measure for mass, we can plug the values into the equation and see just what we get:

or roughly 7.8 septillion Joules of energy.


This is an incredibly large amount of energy. However, it still seems very vague. What does that number mean? How much energy is that really?

Well, let’s continue this experiment and find something that we can measure this against, to help put this amount of energy into perspective for us.


First, let’s convert our energy into an equivalent measurement. Something we can relate to.

How does TNT sound?

First, we must identify a common unit of measurement for TNT. The kiloton. Now we find out just how many kilotons of TNT are in 1 Joule. After doing a little searching I found a conversion ratio that will let us do just this:

That is a very small number.

At better way to understand this relationship is to flip that ratio around to see how many Joules of energy is in 1 kiloton of TNT.


Now that we have our conversion ratio, let’s do the math.


Thus, concluding our little mind experiment we find that just one human being is roughly the equivalence of 1.86 MILLION kilotons of TNT worth of energy.

Let’s now put that into perspective, just to illuminate the massive amount of power that this equivalence really is.

The bomb that destroyed Nagasaki in Japan during World War II was devastating. It leveled a city in seconds and brought the War in the Pacific to a close. That bomb was approximately 21 kilotons of explosives. So that means that I, a single human being, have 88,403 times more explosive energy in me than a bomb that destroyed an entire city… and that goes for every human being.


So when you hear someone tell you that you’ve got real potential, just reply that they have no idea….


And when you say you are feeling tired, be careful how you lay down to rest !