How do we treat our soldiers?

Things have been quiet in the Tavern this past week. Reverence was the mood. Our American friends had their Memorial Day, which caused many other nationalities to reflect as well.

We treat our soldiers badly when they are alive and reserve our public expressions of support only for the dead. The week was marked, not only by the national outpouring of sorrow for lost soldiers but by the farce of America's Veteran's Hospitals.

We had a number of conversations and I will bring here just hints of some.

About six miles from Maastricht, in the Netherlands, lie buried 8,301 American soldiers who died in “Operation Market Garden” in the battles to liberate Holland in the fall-winter of 1944-45. Every one of the men buried in the cemetery, as well as those in the Canadian and British military cemeteries, has been adopted by a Dutch family who mind the grave, decorate it, and keep alive the memory of the soldier they have adopted. It is even the custom to keep a portrait of “their” American soldier in a place of honor in their home.

Annually, on “Liberation Day,” memorial services are held for “the men who died to liberate Holland.” The day concludes with a concert. The final piece is always “Il Silenzio,” a memorial piece commissioned by the Dutch and first played in 1965 on the 20th anniversary of Holland’s liberation. It has been the concluding piece of the memorial concert ever since.

In 2008 the soloist was a 13-year-old Dutch girl, Melissa Venema, backed by André Rieu and his orchestra (the Royal Orchestra of the Netherlands). This beautiful concert piece is based upon the original version of taps and was written by Italian composer Nino Rossi.


Cherie dropped by from her travels as well to tell of a visit she made.

I visited the National Memorial Arboretum today and the Eagle in the attached photo was quite stunning against the skyline inviting closer inspection.  When I got up close I found that it was the centrepiece of Royal Air force Association Memorial Garden. 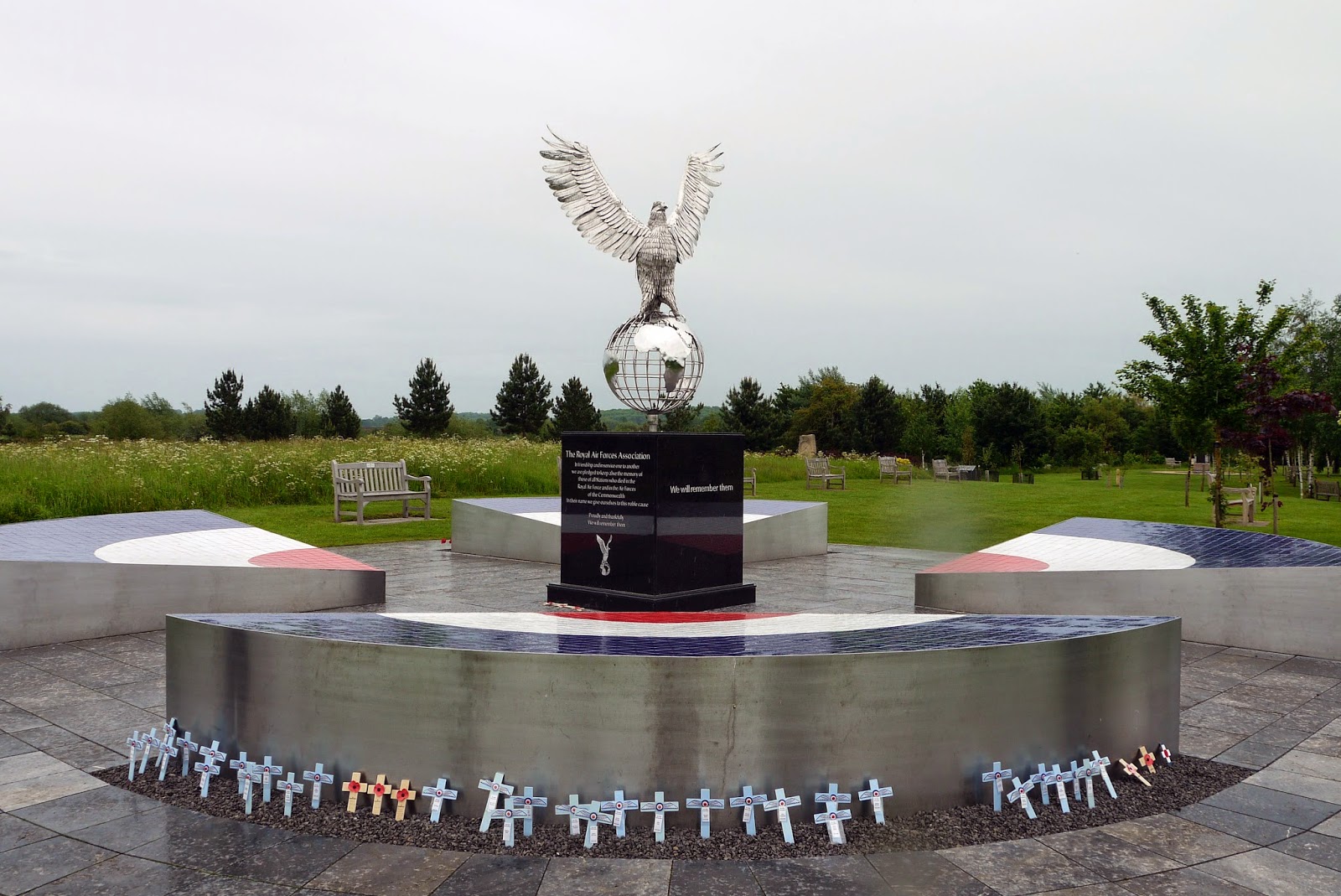 It is a wonderful piece of artwork, a fitting memorial for those who served in The Royal Air Force.  The crosses beneath have been placed there by friends, family and colleagues of those who served.  Unfortunately the drizzly weather dulls the shine of the eagle against the sky…  I thought you might enjoy it anyway 

Another of the memorials I visited was the one I mentioned to you recently; ‘Shot at Dawn’.  I have posted about it giving more detail of what the memorial represents.

When I set off to visit The National Memorial Arboretum this morning I didn’t realise that it was Memorial Day in the United States.  It was only later when I got back home and read Ginnie’s post at Vision & Verb that I realised I had picked a perfect day to visit the Arboretum.  The Arboretum is a centre of remembrance to honor the fallen and recognise their service and sacrifice for their country.

The site covers over 150 acres and there are currently around 300 memorials. Far too much to see in one day.  I picked one of the self guided First World War Centenary trails that had been launched earlier this year:


History enthusiasts will enjoy the more detailed Shot at Dawn Trail (2km), created to provide a deeper understanding of many of the trees and memorials connected to WW1 by fascinating stories and symbolism.*

The ‘Shot at Dawn’ memorial is very moving and requires a few minutes silent contemplation.  The memorial is situated on the eastern edge of the arboretum where dawn strikes first.

I was sitting on a bench when I took this this photograph. Right behind the bench were six trees placed where the firing squad would have been. 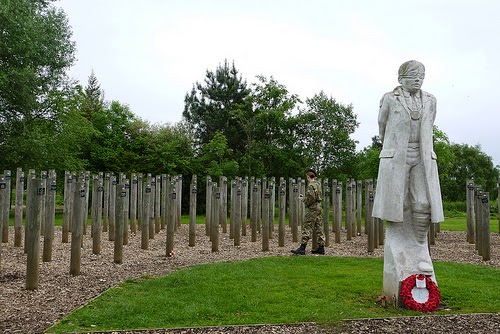 The six trees facing the posts represent the firing squad, all aiming for the medallion around the statues neck and none of them knowing who had the fatal bullet. It must have been very traumatic for them too, having to shoot one of their own.

Yes, many quite young men were shot by firing squad during WW!. Boys as young as 16, shell-shocked, scared, not frightened to death but punished to death for their human response to the terror and brutality of war.

We have a habit of being brutal to our soldiers.

Things are not improving, as can be seen from previous conversations here in the Tavern. The American Forces tried to silence Catholics and ban the Mass being celebrated. Now the Australians are following suit.

One can get a good idea of when defeat is upon us. When the values that our civilisation was built upon are no longer given due regard. Indeed, replaced.


Catholics Expelled from The Army

One has to ask just at what point does one conclude that the country is not worth defending and giving one's life to protect.