A mob that sits quietly on the right side of the Oz room have a lot to say amongst themselves as they sup on their cups, and occasionally they have 'Speakers' of their own invited in.  One such, Philippa, was in today for a lunch meeting. She rattled a few cages.

Not their cages of course, nor any here, but with luck it will shake a few of the lefties down in Hilary's Village.

She was pointing out a few of the hypocrites that infest our society. And that was quite timely as just last evening the Tasmanian citizenry have finally thrown out the socialist, greeny, feminist hypocrites who have been infesting our State parliament. A new lot of middle-of-the-road wannabees have taken the reins of the nag that is Tasmoania.

But the problems the socialist-green-feminists made remain and will likely keep on remaining like a chronic cough.

But, let us listen-in to Philippa Martyr, a nice, sensible gal, and I shall add a few comments of my own. She talks of something else. 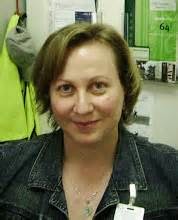 In her recent online stoush with a group of angry transgenderites, Julie Burchill was told to ‘Check her privilege’. What on earth does this mean? Well, depending on who you ask, it’s either:

an online expression used mainly by social justice bloggers to remind others that the body and life they are born into comes with specific privileges that do not apply to all arguments or situations. (knowyourmeme.com)
or

“A term screamed by far left sheltered liberals when they hear a white person say something that might offend someone that isn't a straight white male.” (urbandictionary.com)

In this case, the rough translation was that “Burchill should shut up because she was born with lady bits.”

The racial politics have been playing thick and fast in Australia of late. What I haven’t noticed is the most vocal participants in the current slanging match stopping at any time to check their privilege.

What privilege? The privilege of people living affluent middle-class lifestyles, on very healthy incomes, living in the suburbs they choose to live in, and sending their kids to the schools they want them to attend.

This is not about anyone’s right to identify as Aboriginal if they choose. It’s about people who are living a lifestyle indistinguishable from the rest of the affluent class in Australia, but who nonetheless argue for and obtain special treatment, based on who their grandparents were.

Marcia Langton is one of those people who while calling others 'Racists' is a serial racist herself.  But a protected one, of course. Not like Andrew Bolt whom she regularly slanders.

The 'special treatment she receives extends to being a favoured 'aboriginal' interviewee on the ABC and allowed to slander, lie, spread hatred against reasonable people and generally be applauded by a hand-picked audience.

It is almost unheard of for an aboriginal - or even a white lefty - to be taken to Court like Andrew was. They seem to think they are free to incite hatred and even violence with impunity.

He is paid by taxpayers.

Djarmbi, who was raised mostly by his white mother and solicitor step-father, claims to hate racists and says I am one:

(Andrew says:)He thinks I’ve been too mean, and urges me to be kinder.

An open letter to Andrew Bolt:


I hope you get face cancer.... I want you to suffer and be humiliated. You are a piece of sub-human trash.

But he worries the face cancer might be too slow a death for me, and suggests if “everybody chucked in a dollar we could have this c..t murdered”:

This is wicked, Incitement. Hatred.

But he is fireproof. No going to Court for him. The racist who hates racists and projects - as lefties do - his hatreds onto others.


In any other country, this would be called ‘aristocracy’. In Australia, it’s grounds for lawsuits, attempts to obtain compensation payments, and a prodigious amount of what is

The disgraceful Goodes incident is a case in point: a wealthy, famous, young man was allowed to get away with – and was rewarded for – bullying a poorly-educated and disadvantaged 13 year old girl.

I mentioned this chap some time ago. He is an Aboriginal and now, even after his racist attack on a child, is the


Australian of the Year.


It is a friggin' disgrace and a slap in the face.

That just has to tell you about the sort of situation Philippa is on about.


I look at the winners of Indigenous scholarships and cadetships, and I don’t need to comment on skin colour, because it’s completely irrelevant.

Except when demanding that privilege, when it becomes not only relevant but a licence to obtain taxpayers' monies from 'friendly' Government bureaucrats.


What is relevant is that these people are almost universally from privileged backgrounds that are indistinguishable from mine.

I’d happily bet that, like me, these people had poor grandparents and aspirational parents. Like me, they may be the first generation of their family to go to university, and as a result they are now earning good money themselves. And it’s because of this that they don’t need help, especially not help that has been created to try to assist a group of people who haven’t enjoyed their privileged background.

Someone else like that. !! Ran on a platform of being Black. 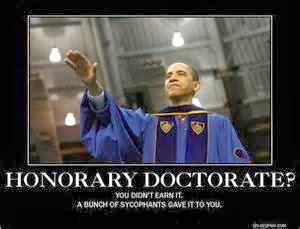 I have said elsewhere that what we have in common with Aboriginal people is far greater than what separates us:

if we really want reconciliation, we must look at our common history and experiences in this country; our shared heritage of poverty and mismanagement, and also our shared growth, triumphs and failures.

Ron Merkel QC himself said that Bolt’s remarks were ““a head-on assault on a group of highly successful and high-achieving” Aborigines.

But if these people – and others like them – are highly successful and high-achieving, then where are the genuinely impoverished and genuinely underprivileged Aboriginal people who these scholarships and cadetships and other incentives were designed to help? 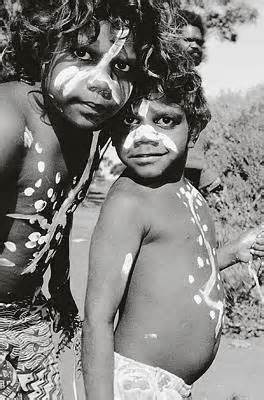 Were there no applicants from these backgrounds? If not, why not? Why aren’t we fostering genuine aspirations in this population?

I’m not starting the next class war, or at least not deliberately (the ABC has anticipated me there). I just think that perhaps the next time an affluent, well-paid, well-educated, articulate person starts speaking about injustice and racism - purportedly on behalf of other Aboriginal people – we need to start asking them to check their privilege.


Lefties of all ilks seem to be privileged. They get away with inciting hatred almost anytime, anywhere. Just watch and listen to this chap haranguing a crowd of deadbeats. If a 'conservative' dared say anything like he does - about shooting someone - there would be a parliamentary row and headlines.

Your Tavern Keeper is of course a Privileged Person. A Knight. A King in my day.

We hear a lot about Male privilege, but in many decades of being a chap I cannot recall ever being a beneficiary of any sort of privilege that I have not fought hard to have and earned it by sweat and pain.

But what of the under-privileged womenfolk. The serially oppressed. One could almost see just ONE early suffragette as suffering painfully to get some privilege. 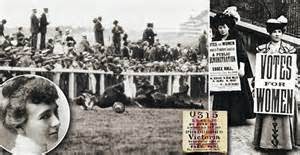 Pity it was a futile gesture. A stupid, 'look at me' waste of effort. Mrs Pankhurst had already sewn up the female vote thingo by attempting an assassination of the PM, firebombing government buildings and organising riots. But this lass is writ large as an 'earner', sacrificing herself. For the privilege of the vote. That was already in the bag. By threats and violence.

But she was just one: the ONLY one, while hundreds of thousands of young men, who also could not vote, were dying on the battlefield for her.

Some privilege they had!

Of course women, the Ultimate Under-privileged, have always had it bad. Just ask their spokeswoman of under-privilege. 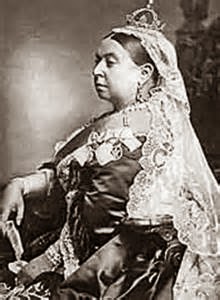 But we digress. In Tasmoania where the undeserved, taxpayer-funded privilege is widespread, the completely wiped out Aboriginals (cry 'Genocide') are back from the dead in ten times their pre-genocide number and led by a really underprivileged chap. 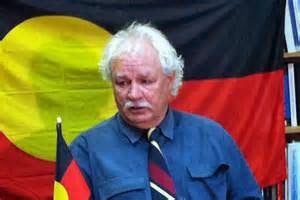 If he and I walked along the beach, many people would be more likely to think I am aboriginal than he is.  In fact the only real difference twix he and me is that he is handsomely rewarded from the taxpayer pocket for being black and I am just handsome.

But... I AM privileged in a way that counts. I am charged by my Supplier to keep the taps flowing.

To Him we are all equally loved, but some Love back and some just take, take, take.