What a week in the Tavern. Overflowing pipes needing plumbers; flashes from plugs needing electricians; even trolls and the usual internet bully-bodies spilling over into other houses in the village. And all the while Moira rehearsing out the back, waiting for her big evening.

At least she is one Mensa lady who tries hard to bring pleasure and intellect. Some other lady mensans play the stupid role and of course hardly any do the plumbing. Mention that and the roof will need repair from the hail of stones with 'misogynist' scrawled on them in crayon that crash down.

Some play the gender card rather than use their brains. 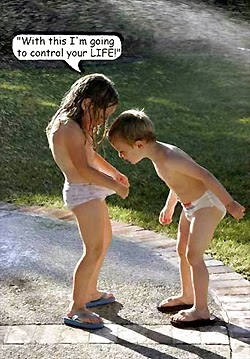 It is as true for Mensa as any section of society that the moment a feminist harpy walks into the room or sits at the Table, she will be vicious and try to Dominate. Fortunately a good 30% of women are not feminist harpies. Some might say more.

Moira Grayland is a friend of the Tavern Keeper - that is, me - and a member of Mensa. A very smart woman with a gift for music. Not a feminist nor a harpy. But a fine Harpist. 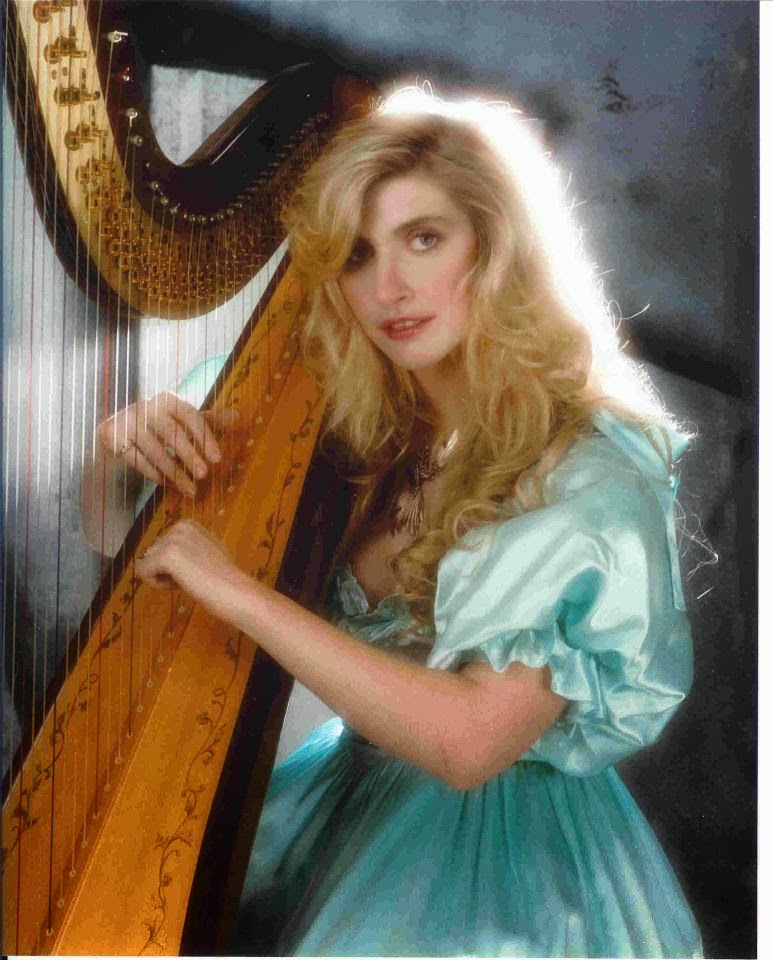 Moira, who joined Mensa in San Francisco in the early '90's, sings and accompanies herself on the pedal harp. She sings in French, Italian, German, Latin, Spanish, Scottish and Irish Gaelic, and numerous native dialects. An award-winning Gaelic singer with a nearly five octave range, she specializes in the folk songs of Britain and Ireland.

When she was four, her mother noticed that Moira had perfect pitch, and could sing back any tune on the first hearing, whether an aria or a Gaelic folksong. She began memorizing folksongs at the age of six, and had amassed an enormous repertoire by her teens. From records and books, she taught herself to sing in Gaelic, and developed a passion for the harp. She played the harp in restaurants professionally for ten years.

Moira started memorizing operas in all languages at the age of ten, with Mozart’s “Die Zauberflöte.” She began formal vocal training at the unusually early age of fourteen. She joined the Renaissance Faire at the age of nine. She sang and played the harp, led hundreds of parades, and directed Shakespeare plays and Irish dance shows.

She earned a Bachelor of Music Performance degree from the University of Redlands, and did postgraduate work in Reno, Nevada. While in Reno, she taught both harp and singing, and directed the Celtic Youth Chorus. 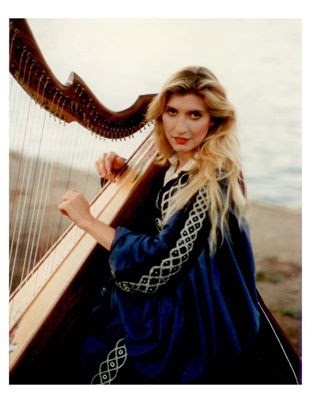 Many singers have studied another instrument, but very few singers accompany themselves on the concert harp; fewer still would even attempt to sing opera while doing so. As a result, Moira’s talents have been in constant demand ever since she became a professional performer.

You can listen to many of her musical performances at.....


http://soundcloud.com/moira-greyland
http://www.punchbowl.com/vendors/ca-california/el-sobrante/2089438/opera-and-harp-by-moira-greyland
You can look up Moira on You Tube. Her videos seem to be difficult to get onto blogger so you will have to go to YT yourselves.  Here are some to go to.

Maid On The Shore
http://www.youtube.com/watch?v=Q_c-8uSZlGU

Here is a description of the songs in my album "Avalon's Daughter:" a tribute to my mother, Arthurian author Marion Zimmer Bradley, famous for her bestselling book "The Mists of Avalon."

"Guinevere's Song: words and music by Moira Greyland. Guinevere longs for Lancelot, despite her married state. This is the first original song I ever wrote; it began as a tribute to characters in Mother’s historical novel "The Mists Of Avalon," but the story ended up being a little closer to any number of other Arthurian tales."

Pretty Girl Milking A Cow :Traditional Irish
My mother was an accomplished singer in her time, and even gave folk concerts when I was very young. Although I never heard her performing this one, she would have loved the soaring vocal line. The original is Irish Gaelic “Calin Deas Cruithin na mBo.”

Rothesay Bay :Traditional Scottish
One of my mother's favorite singers was the legendary Jean Redpath. We both loved this beautiful, sad ballad of acceptance amid tragedy and loss.

Brochan Lom :Traditional Scottish
Another Jean Redpath song; in the Celtic style known as "Port a' bheul" which means "mouth music:" to sing when dancers wish to dance and there are no instruments.

The Bonny Boy :Traditional ScottishMy mother sang this song to me when I was little. There are at least five versions floating around under a few different titles, all with the same story and general features. I picked the lyrics I liked best and the tune I liked best, and this arrangement is the result.

The Spinning Wheel :Traditional Irish
My mother sang this to me, and I believe she learned it from one of our favorite singers; Mary O'Hara. I have added another traditional verse which is rarely sung.

She Moved Through The Fair :Traditional Irish
This song has undergone an unusual transformation; it was originally called "Our Wedding Day” and it was about a woman who jilted her fiancé. Modern singers omit the first and last verses, and by changing "my true love" into "my dead love" the song has become a ghost story.

Birnie Bouzle : Traditional Scottish
Scottish music is known for dotted rhythms and beautiful melodies, and this little gem is no exception. If I had to explain what "lilting" was, I would probably think of this song. One feature of Scottish music is the “Burden” a chorus that comes first.As before, instead of providing a glossary, I have provided an alternate version with singable, understandable English text for audiences that might prefer it: I find this song takes longer to explain than to sing!

Danny Boy “Londonderry Air” :Lyrics by Frederick Weatherly, 1910.My mother studied opera for years, and passed that torch on to me, along with strong musical tastes. She would often remind me that "Handel would have traded everything he had ever written if he could have claimed authorship of the Londonderry Air."

Lament for Eoin Ruadh O'Neill ; Turloch O’Carolan :
My mother felt that she had played the harp in some distant past life, and was always astonished when she took up my harp and didn't remember how. Perhaps part of the joys of Heaven include being able to play the harp without having to learn! The original title was “Cumha Eoghain Ruadh Ui Neill.” It is usually translated as “Lament for Owen Roe O’Neill.” Eoghain, Eoin, or Ian is the Gaelic name meaning John. This title could be fully translated “Lament for Red John, Son of Neill.” When “Ruadh” (red) or “Ban” (white) are included with a name, it refers to the hair of the one named.

Leezie Lindsay: Traditional Scottish
There are two sets of verses for this song; in the usual one, Leezie Lindsay agrees to marry Lord Ronald MacDonald upon learning his name. In this version, adapted by the Corries, Lord Argyle is more romantic, and only alludes to his wealth. Of course, trying to sing a romantic song about “Ronald MacDonald” in America....

Óró Mo Bháidín (Hey, ho my little boat): Traditional Irish
This was one of Mother's favorite songs, although she never learned the words. She would walk around the house singing it with any old nonsense syllables, and this drove me nuts. I studied Gaelic in my teens so I could learn to sing both Scots and Irish Gaelic music properly. Odd way to inspire one’s daughter, eh what?

A Maid That's Deep In Love : Traditional English  This song was on the first phonograph record I ever heard; "Cruel Sister" by Pentangle. Jacqui McShee sang this song, and hooked me on traditional music forever.

Black Is The Color : Traditional Appalachian song with a Scottish origin, tune collected by Cecil Sharp with lyrics by John Jacob Niles. Another of Mother's favorite singers, (and mine) was the legendary Joan Baez. Mother used to sing her songs, including this one and “Silver Dagger” all over the house.

Sunrise Over Stonehenge: words and music Moira Greyland
This song was inspired by my mother's description of Glastonbury, and other sites she visited while researching "The Mists Of Avalon."
moira@moiragreyland.com


The sounds from the rehearsal rooms bode well for the Concert tonight (at last) in the music room. Being as we are being blessed with particularly fine weather here we will be opening the music room and the restaurant onto the Patio to make space for the huge crowds.

Some Mensa feminists are not invited ! We shall offer a prayer for them instead.

I will be very busy behind the bar !!