Updated: see at the end.

I turn my back for a minute and all Hell breaks loose. A week actually. I went off to Perth last week to attend a conference of highly intelligent folk - which includes this ancient Tavern Keeper - and returned to find that half-wits and Orcs have run amok in our State Legislature.


And Hells gates were opened.

I flagged this before from previous conversations in the bar, that our lefty-feminist-green wreckers were building up to mayhem, wanting to extend the Killing Fields into our pleasant land.

I have a history of armed conflict. I have never ran from battle. I have slain enemies. But they were always fighting back, with weapons. A Truwe Knight does not kill unarmed people, especially children. He does not disembowel mothers just to kill the child they are carrying.

But this Knight is not a Feminist or a Lefty or a Green.

Those people are sick. And despite every wish to extend compassion to them, they are also deliberate and cruel: Wicked even. So it has to be the sword.


Out with the whetstones.


If Mothers do not care enough,
the Fathers will have to Kilt-up.

Tasmanian lefties and feminists were insanely jealous of their sisters in Victoria, across the moat. That State introduced wicked legislation to kill innocents and jail anyone who objected. Tasmanian feminists conspired with the anti-human Greens in the Village to go one or two better. Or should that be worse. Their 'proposals' were well past wicked. Now they are reality.

Paul O'Rourke dropped by to explain. 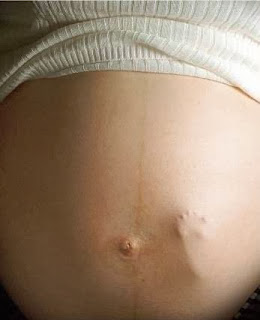 Tasmania is the first State in Australia to ban peaceful protests within 150m of an abortion clinic.

Those who dare to interfere with a woman’s right to terminate her unborn child and injure herself, risk a

So, just how does peacefully praying 149 mtrs away 'interfere'?

I intend to 'test' this.

And just how does a Priest or a Congregation in either of the two Christian Churches closer than 149 mtrs 'interfere'?

One small matter that is almost risable is the omission of the location.

I had better show it to you and tell you where it is. 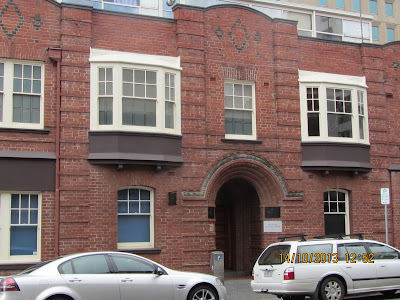 It is on the corner of Macquarie and Victoria Streets. Just 100 mtrs from St Joseph's Catholic Church, one way, and 100 from the Anglican Cathedral.

Look what it is called. 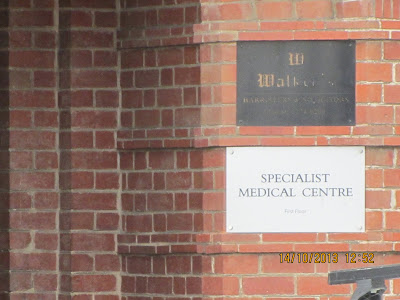 There is a nice seat just over the road. Its called a seat.


By a majority of nine to five, the Legislative Council approved last week abortion-on-demand to 16 weeks, and thereafter to term with the consent of two doctors who can take into account a woman’s physical, emotional and psychological circumstances.

After months of debate and submissions, the Upper House agreed with the Legislative Assembly ....

that abortion is just another medical procedure, and that unborn children deserve no special protection.


That statement, despite the U.N. Declaration on Human Rights (1947-8) which SPECIFICALLY mentions the unborn being in need of Special Protection by Legislators.

That Declaration to which Lefty Governments frequently Kow-Tow.


From sources including The Australian, The Mercury and Launceston Examiner.

Abortions beyond 16 weeks, including to term, will require the consent of two doctors who can take into account a woman's physical, emotional and psychological state.

Health Minister Michelle O'Byrne, who sponsored the legislation as a private member's Bill, said it was a "hugely significant piece of reform" and brought Tasmanian law into the 21st century.

It is a "win" for government's social reform agenda

....after the failure of voluntary euthanasia and same-sex marriage legislation.

Does it strike you, as it does me, that the 'New-Speak',  "Health Minister" is a 'DoublePlus True' representation of this evil woman's job?  Like the 'Specialist Medical Centre'.

How about 'Social Reform'? I can just hear Hitler shouting 'social reform' to his hordes.

She cares not a jot for 'Health' in the crumbling Hospital system for which she is appointed to oversee, and is spending her taxpayer-paid time bringing in Private Member's Bill to serve the financial purposes of a Private sector Doctor who does not even resides in the State but flies in from the Mainland. He flies in, kills babies, and flies out again.

In America she would be called a 'Democrat'. Here she crawls under a Labor Values banner, is a rank Feminist and seeks to kill babies. 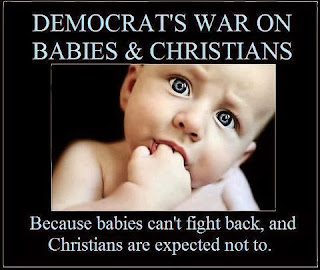 She cannot claim to be Christian in any sense. One has to wonder about all those who voted for the Bill as well.


Pembroke Liberal MLC Vanessa Goodwin and Apsley MLC Tania Rattray supported the reforms after changes were made to the obligations for doctors and counsellors who have a conscientious objection to abortion to refer the patient to another health service.

"It's a compromise, it's not my preferred option, but given that significant changes have been made I will support it," Dr Goodwin said.

The upper house scrapped a proposed $32,500 fine for counsellors (it was watered down from $65,000) who don't refer, specified that a doctor would fulfil their referral obligation by handing out a pamphlet listing appropriate services and clarified that a doctor could continue the consultation despite their objection, so long as they were open about it.

Ms Armitage said the clause was still unnecessary and placed an unreasonable burden on affected doctors, who would still feel complicit.

`I think if you can get pregnant, you can Google abortion and find a clinic,'' she said.

It also reduced penalties for protesting within a 150 metre access zone around a clinic from a maximum $65,000 fine to a $9750 fine, but the maximum jail term of 12 months remained.


Free Speech is suddenly to cost a lot in Tasmania.
"Free", no more.

"No woman accessing a legal health service should be subject to any vilification from anybody," Western Tiers MLC Greg Hall said.

We already have Laws against 'villification'. Even they are stupid in that no 'villification' may be intended, it only requires someone to 'feel' villified.

Such is the dilution of Law and Meaning in our 'Progressive' society that is being brought into the late 21C.


A move by Mr Dean to reduce the 16 week threshold to 14 weeks failed, as did a move by Ms Hiscutt to only partially decriminalise abortion by keeping terminations that did not fit the criteria laid out in the Bill subject to the Criminal Code, and its maximum 22 years imprisonment. 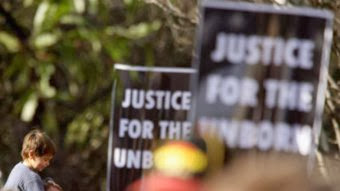 Meanwhile over in Victoria the 'worst scenario' is playing out and a Doctor who exercised his Conscience is being subjected to 'the Law.

The state government said it was interested in the outcome of the Medical Board of Victoria's investigation into Mark Hobart, a pro-life doctor who has been accused of breaking the state's abortion laws.


It comes as pro-life advocates run a concerted campaign to repeal a section of the Abortion Law Reform Act, which requires doctors who have a conscientious objection to abortion to refer a woman to someone with no such objection.


When asked if there would be any changes to the act, which decriminalises abortion and was passed by parliament in 2008, a government spokesman said it respected the decision of the parliament on "this important issue".


Mandy Rice Davis was heard far away saying, "Well he would say that wouldn't he?"

As Mandy had a pub in Jerusalem (I have been there) and is therefore , technically, a Tavern Keeper too, I will raise a glass.

Pax Dei. We are in need.

A Troll took umbrage at this post and left several quite nasty comments, both here and on another post.


http://parzivalshorse.blogspot.com.au/2013/11/the-day-of-wrath.html
I will include him in my prayers.